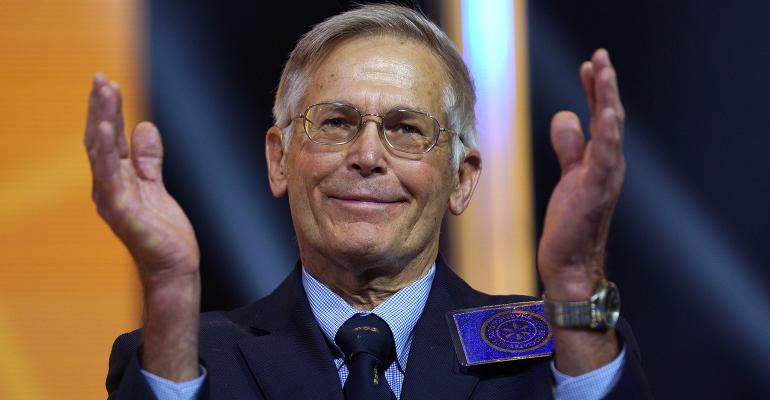 Walmart Heir, Buffett to Give Away $4.8 Billion of Fortunes

By Katherine Chiglinsky and Tom Metcalf

(Bloomberg) -- The world’s richest can’t give away their money fast enough -- but that’s not stopping them from trying.

Warren Buffett said Monday he plans to donate $3.6 billion of Berkshire Hathaway Inc. stock to five charities -- one of his largest gifts ever -- while Walmart Inc. heir Jim Walton gave away $1.2 billion of the retailer’s shares last week. And Home Depot Inc. co-founder Bernie Marcus said this weekend he’s planning to gift almost his entire $4.5 billion fortune before he dies.

The donations are occurring amid debate over how best the richest Americans should use their money to help address income inequality and other economic imbalances. Last week, a group including George Soros and Facebook Inc. co-founder Chris Hughes called for a wealth tax to help provide funds for fighting climate change and public health initiatives. Others such as Buffett have argued that they prefer to have entities such as the Bill & Melinda Gates Foundation oversee the charitable work.

Buffett’s gift brings the total amount of stock he’s donated to foundations to about $34 billion since making a pledge in 2006 to give away all his fortune, according to a statement Monday. The recipients include the Gates Foundation, as well as charities named for his late wife and ones run by his children.

The recipient of Walton’s gift wasn’t disclosed in a June 27 regulatory filing, but family members have regularly donated to the Walton Family Foundation, whose whose causes include education and the environment. The foundation awarded more than $595 million in grants in 2018, according to its website, and had assets of $4.9 billion at the end of 2017.

A spokeswoman for the family didn’t immediately respond to an emailed request for comment.

Buffett has spent more than five decades crafting Berkshire Hathaway into a company with a market value of more than half a trillion dollars, spanning industries from insurance to manufacturing. Its success once made him the world’s richest man, though he has fallen back to fourth place as he steadily gives his fortune away.

The original 2006 plan was later modified, and envisages posthumously donating all of the Berkshire stock within a decade after his estate is settled.

The billionaire investor has long supported the Gateses’ charitable endeavors, and said in 2006 that he aimed for the stock donations to ramp up their foundation’s “already impressive effectiveness” addressing societal problems. Buffett is also giving stock to the Susan Thompson Buffett Foundation, Sherwood Foundation, Howard G. Buffett Foundation and NoVo Foundation.

Jim Walton’s donation cut his net worth to about $50 billion, according to the Bloomberg Billionaires Index. His older brother, Rob Walton, also donated 135,000 Walmart shares -- worth $15 million -- a separate filing last week shows.