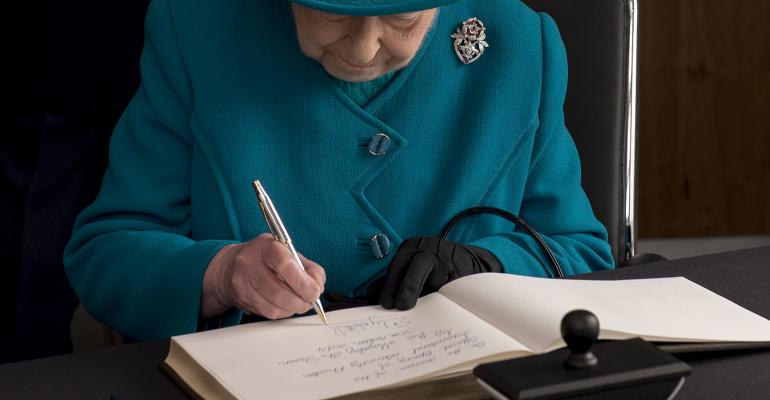 The Value of Donated Collectibles

Awards, medals, cars and other unrelatable use historicals.

While some honors are kept on the mantle, when digging through the family archival depository, a client may come across a long forgotten gem that, at one time in the past, announced the glory or major accomplishment of someone important in their memory. This type of unrelated used collectible (that is, the use is unrelated to the purpose or function constituting the basis of the charitable organization’s exemption) can be donated to a charity, but the donor needs to figure out the value of the item.

Most collectors aren’t motivated by tax deductions. They want their collections and collectibles to survive and be seen and enjoyed. They’re often most amenable to the prospect of the chosen nonprofit selling the collection in a proper manner over a strategically determined period of time as opposed to having heirs just “let it all go” in an estate or rummage sale. In some cases, they’ll facilitate a sale to convert the gross values (no loss to capital gains taxes) to a charitable remainder annuity.

Awards may have multiple sources of treasure. The granting, by the Queen of England, of the Honorary Officer of the British Empire is accompanied by a regal document signed by the Queen. As the Queen ages, her signature has become more collectible. There are very few items available, even of this nature, as they’re treasured by the awardee or their heirs, and after viewing past sales and current offerings, the sellers can get as much as $2,000 for the document and the physical medal.

An award letter signed by a U.S. president requires more than careful consideration and research, as from the time of Harry Truman going forward the use of the autopen for most state-sponsored document signatures leaves the value in doubt. Awards accompanied by personal and handwritten notes are viewed very differently. When value is assigned, the nature or content of the accomplishment is an adjusting factor.

As to the Academy Awards, since 1950, the Academy has required winners to sign an agreement stipulating that neither they nor their heirs will sell their statuettes without first offering to sell them back to the Academy for $1. If the winner refuses to sign this agreement, the Academy keeps the statuette. But, despite the Academy’s disapproval, industry experts speculate that 150 Oscars have been sold since the first Academy Awards ceremony in 1929, half of which are likely gray-market sales involving post-1950 statuettes selling for as much as $1.5 million on the open market. Prices are lower for post-1950 Oscars because they can’t be sold again as easily, but any big-name Oscar has rarely been offered for less than $60,000.

Sotheby’s and Christie’s have so far avoided auctioning off newer Oscars, but both houses are doing a brisk business in older statuettes. In June 1999, Sotheby’s sold the 1939 Best Picture Oscar for Gone with the Wind to pop star Michael Jackson for a record price of $1.5 million. And, in recent years, Christie’s has sold four pre-1950 Oscars for a combined take of more than $1.5 million.

One of the most impressive unrelated use collectibles to be donated occurred in the summer of 2000. “An anonymous Caltech alum,” a passionate collector of classic sports cars, possessed several that had greatly appreciated in value. Concerned about a large portion of his estate being tied up in illiquid assets, he wanted to talk about using a charitable remainder annuity trust to convert the car into an income stream during his and his wife’s lifetime. Highly appreciated assets can be difficult to convert to liquid assets without losing most of the appreciation to capital gains taxes.

The alum chose a 1960 Aston Martin DB4GT Zagato as the car with which to fund the trust. Only 19 of these British cars with Italian bodies were manufactured that year; just three are located in the United States. The alum had negotiated in 1969 to purchase the car for about $5,000. Once the trust was established, a buyer for the Aston Martin was identified, and the sale price was set in excess of $1.2 million dollars. The alum acted as trustee until the car was sold, and Caltech became the successor trustee, releasing him from further responsibility to administer the trust. The trust provides a lifetime annuity for the alum and his wife; on termination, the remaining trust assets will be used to establish either a Caltech professorship or postdoctoral fellowship in any of the fields of electrical engineering, physics, mathematics or biology.

It’s significant to note that certain tax rules apply to gifts of tangible personal property. The required appraisal noted that the charitable income tax deduction was calculated on the donor’s cost basis as opposed to fair market value. The annuity payments were based on the gross value of the asset funding the trust. All capital gains taxes were avoided. This is an excellent example of a win-win situation for Caltech and the benefactor by converting a non-productive asset into a lifetime income for the benefactor and his wife, removing it from their taxable estate and creating a generous gift to the alum’s alma mater. Of course, the immediate tax saving might also be shared with the school by having the annuity purchased for some figure less than the gross sales price but more than the net after capital gains (in this case, 28 percent).