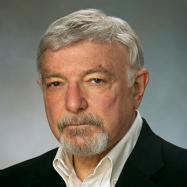 Alan’s background includes a bachelor’s degree in Fine Arts from The New School, New York City, studies in Appraisal and Analysis at New York University and advanced studies in Life Underwriting and Estate and Financial Planning. Alan’s membership in the Appraiser’s Association of America requires he sustain an expertise in: Legal and Ethical Aspects of Appraising, IRS Legal Guidelines in Valuation, Research methodology in Appraisal and complete familiarity with The Uniform Standards of Professional Appraisal Practice (USPAP). His professional experience includes the appraisal of, documentary film, rare books and documents,  fine art, life insurance policies and collectibles for universities, hospitals, various non-profits  and estate planning and private accounting professionals. Alan is a sought after speaker and has been a sponsor at many national and regional planned giving conferences.

Alan has served on:

How to Help Clients With Sizable Collections
Apr 10, 2019
Determining the value of items is key.

Is the Art in an Estate Authentic?
Aug 10, 2018
New tools available may change what’s required for due diligence.

The Value of Donated Collectibles
Jul 12, 2018
Awards, medals, cars and other unrelatable use historicals.

Using a Tangible Asset Appraiser as an Expert Witness
Jul 03, 2018
Actions to take for a successful litigation.

What Does “Qualified Appraiser” Mean?
Mar 15, 2018
What do they do and why do your clients need one?

A Year of Transformations
Dec 21, 2016
Recent developments in the art world that estate planners should know about.

The Auction House Guarantee
Feb 19, 2016
The ups and downs of this marketing strategy
Load More