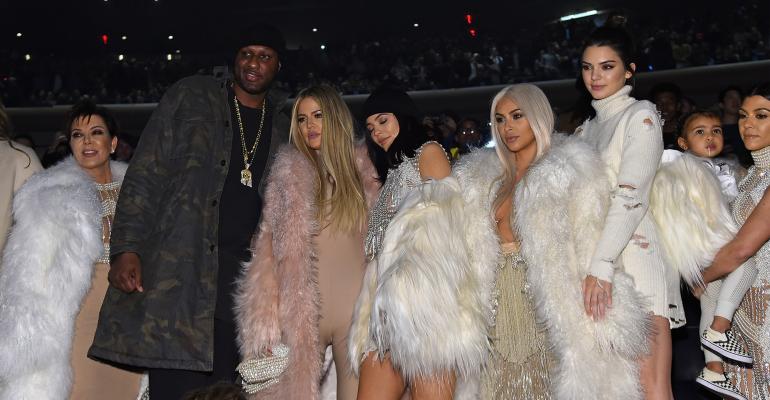 Treating Affluenza With 100ccs of Philanthropy

This all too common condition is far from incurable.

An increasing number of young people are growing up in the midst of the wealth created or inherited by their parents, especially in an economy in which much of the new wealth is being created in the high-tech industry spawned by relatively young entrepreneurs in Silicon Valley and other centers of technological innovation.

The fact that many baby boomers married and had children later in life than previous generations also means that individuals who in the past inherited substantial wealth in their 40s and 50s may now be passing that wealth to their children who are in the 25- to 40 age range when they receive their inheritances and are less prepared to manage their newfound wealth.

One of the greatest challenges facing those who amass significant wealth after rising from humble beginnings is the desire to give their children the benefits that can derive from that wealth without depriving them of the satisfaction of realizing their personal potential.

But, fortunately, the ill effects of affluenza can be prevented or in some cases even cured by the integration of philanthropic training with effective estate and financial planning.

Giving Heirs a Start in Life

One of the earliest experiences in my career was the work I did for a wealthy individual who came from a family noted for its multigenerational wealth creation and the philanthropy it had made possible.

He’d inherited $1 million from his grandparents in 1953 and had parlayed that sum into $100 million by the early 1980s. Today, that $1 million has grown to an estimated $500 million or more.

His estate plan was very simple. He decided to leave each of his two children $1 million, adjusted for inflation from 1953 to the time of his death. The remainder of his estate was bequeathed to a number of philanthropic interests, including a family foundation that would be administered by his children and a number of other individuals he named.

His thinking was that he’d been given a significant, though limited, amount of capital in relation to his grandparents’ wealth to begin his business career. He believed his children should start at the same place he did. What they did with their inheritance was their own choice.

In other cases, a client might wish to have his heirs receive an inheritance while he’s still living—albeit a limited amount. Further, rather than giving a lump sum to heirs, the inheritance would be staged over time.

This can be accomplished in a number of ways. One of the most tax-effective ways is through the use of a term-of-years charitable remainder trust (CRT).

For example, a 70-year-old parent might create a charitable remainder annuity trust (CRAT) that makes annual payments of 5 percent of the amount initially used to fund the trust. The trust is funded with low-yielding securities valued at $2.5 million with a cost basis of $1 million. The trustee liquidates the securities free of capital gains tax inside the trust and reinvests the proceeds in a more-balanced portfolio.

The trust will make fixed payments to a 35-year-old child of the donor of $125,000 per year for a period of 15 years. The parent in this case would be entitled to an immediate charitable income tax deduction of $1.05 million. There would be a taxable gift of approximately $1.45 million, which could be offset by a portion of the parent’s $11.4 million lifetime gift and estate tax exemption.

As an added benefit, much of the income will be taxed when received by the child at favorable capital gains rates under the tier structure of income reporting for CRTs.

The child is told that she’s receiving her inheritance in the form of income totaling $1.875 million payable over 15 years, and she’s free to spend or invest those funds in any way she sees fit.

At the termination of the trust, its remaining assets will be distributed to a donor-advised fund (DAF) created by the parent with the child as the advisor.

Giving a Child a Finish

In other cases, a client may wish to fund an heir’s education and/or invest in an initial business venture but thereafter provide no inheritance for some period of time.

Suppose an 80-year-old grandparent would like to eventually leave $5 million to a grandson who’s currently 25 years old. The client doesn’t want the grandson to inherit the $5 million until he’s 55 years old, some 30 years in the future. The grandparent is aware that his life expectancy is approximately nine years. The odds are that he won’t live until age 110, and he’d like to delay the grandson’s inheritance until age 55, regardless of how long he should live.

To effectuate his desires, he creates a $5 million charitable lead annuity trust (CLAT) that will make fixed payments of 5.25 percent or $262,500 each year to qualified charitable interests for 30 years. This would fund charitable gifts of $7.875 million. Half of the charitable distribution each year would go to charitable recipients named by the grandparent, and the remainder would be directed to a DAF for which the grandson could advise distributions.

The grandson is informed of this plan and told that he’ll be able to make charitable gifts of up to $131,250 each year, but he won’t otherwise inherit anything from his grandparent until he’s age 55. In the meantime, he’s to make the most of the education his grandparent provided him and “learn to fish before his pond is stocked.”

This same plan could also be very useful for young wealth creators. I’ve seen trusts such as the one described above established by a 35-year-old beneficiary of a public offering of a high-tech enterprise who created such a trust for a 10-year-old child to benefit at age 40 after helping to distribute the funds originating from a lead trust during high school, college and young adulthood before receiving a tax-free inheritance.

Another way for older parents of means to encourage their children to work an entire career before receiving an inheritance is to provide for a charitable gift annuity (CGA) that begins making payments at around retirement age, perhaps age 65.

Take the case of a married couple: The husband leaves $4 million in a qualified terminable interest property (QTIP) trust that provides for a surviving spouse. At the widow’s death, the trust provides that the remainder of the trust be used to fund a CGA for each of four children that will begin to make payments to them at age 65 or immediately, if they’re beyond the age of 65 at their mother’s death.

While there will be no estate tax savings for this couple due to increased exemptions, the funds left in the form of the CGAs will continue to grow tax-free in the annuity reserve funds of the charity for the period of time between the age of the children at the mother’s death and age 65. In addition, a large portion of the payments are received by the children free of tax as a return on the investment in the contract for the period of time equal to their life expectancy when payments begin.

These are just a few of the myriad ways that philanthropic planning can be combined with other estate and financial plans to preserve wealth and transfer it to heirs in ways that encourage the development of personal habits that may result in the prevention and/or cure of affluenza.

This is an adapted version of the author's original article in the March 2019 issue of Trusts & Estates.