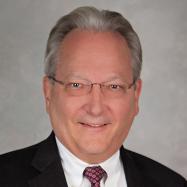 Robert Sharpe is a nationally recognized pioneer, leader and authority in the field of philanthropy. During more than 35 years serving America’s nonprofit community, he has consulted nationally with educational, health, social service, arts and religious organizations and institutions in the planning and implementation of their major, planned gift and endowment development efforts. A graduate of Vanderbilt University and Cornell Law School, he served as a development officer for a liberal arts college prior to practicing law with a major law firm specializing in taxation and estate planning.

Robert is chairman of the philanthropy editorial board of Trusts & Estates magazine and co-author of the National Association of Charitable Gift Planners (CGP) Model Standards of Gift Valuation. He has served on the board of Giving USA and on strategic task forces for the CGP. Among other publications, his remarks have been featured in The Wall Street Journal, The New York Times, Newsweek, Forbes, Smart Money, The Chronicle of Philanthropy and Kiplinger’s.

He is a frequent speaker at gatherings across the country including Planned Giving Councils in New York, Washington, Chicago, and Los Angeles, the National Association of Charitable Gift Planners national conference, the Association of Fundraising Professionals (AFP) National Conference, and the American Bankers Association Wealth Management and Trust Conference.

Liquidity Events and Charitable Giving
May 23, 2022
The role of blended gifts.

Is the Wealth Transfer Bus Finally Leaving The Station?
Oct 22, 2021
Robert F. Sharpe, Jr. shares why he believes it’s time to prepare for what truly may be a Golden Age of Philanthropy.

Philanthropy and Federal Tax Legislation—A Look Around the Congressional Corner
Apr 20, 2021
Robert F. Sharpe and Sandra G. Swirski address proposed tax changes that may have a significant impact on philanthropy.

Outlook For Philanthropic Planning in 2021
Dec 18, 2020
What a difference a year makes.

Five Factors That Impact How COVID-19 Affects Philanthropy
Sep 24, 2020
The ramifications of the pandemic are now beginning to become clear.

Charitable Planning During and After COVID-19
Apr 22, 2020
Robert F. Sharpe, Jr. advises what we can do to serve our philanthropically inclined clients during the pandemic.
Load More