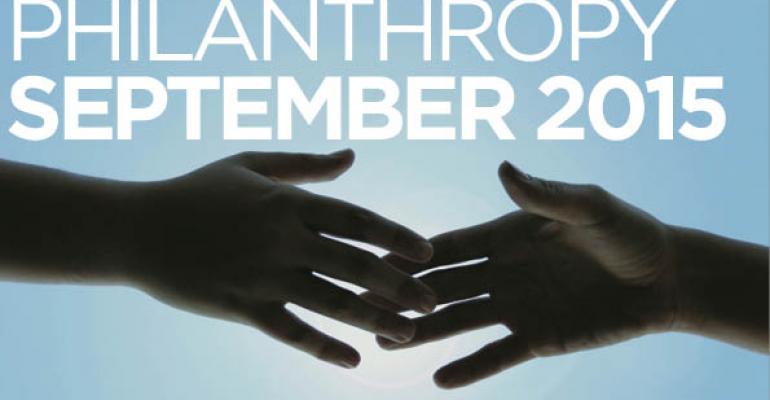 Rolling With the Rollover

In recent years, there’s been a great deal of attention and press devoted to the charitable individual retirement account rollover. Now we have it, now we don’t. The future of this tax measure is a constant source of speculation.

First enacted by Congress in 2006, the IRA rollover provision allowed individuals over age 70½ to make outright gifts directly from a traditional or Roth IRA to qualified charities in amounts up to $100,000 per year. From the beginning, the legislation was limited in time, and it’s expired and been re-enacted several times. It last expired at the end of 2014 after being renewed in late December when it was impractical for many to take advantage of the provision. While there are pending proposals to bring back the IRA rollover in a temporary or permanent form, it thus far hasn’t been renewed for 2015.

It’s anyone’s guess whether we’ll ever see another version of the IRA rollover. In the meantime, however, there are steps that well-advised individuals can take to provide benefits that are identical or very similar to those of the rollover. In fact, alternatives to the more familiar IRA rollover can actually be useful for a broader group of people based on age and can apply to a wider range of retirement assets.

Benefits of the Traditional Rollover

Let’s quickly review the basic reasons that charitable gifts directed from IRAs hold appeal for some. When a donor makes a charitable gift that isn’t fully deductible, she must pay tax on the income used to fund her gift. If the donor is in a 25 percent tax bracket, for example, she’ll require $1,333 in pretax income to make a non-deductible $1,000 gift. If the gift is fully deductible, she’ll require just $1,000 to make the gift. Those who can’t deduct the gift experience a
33 percent higher cost when making their gift.

Similarly, if a 75 year old withdraws $10,000 from an IRA, gives it to charity and doesn’t have sufficient deductions to fully itemize her gift, she’ll find herself paying tax on some or all of the withdrawn funds, even though they were donated to charity.

If she’s able to itemize, she still may have a relatively low adjusted gross income (AGI) in relation to her full income. Or, she may have made large gifts in the past that she’s still carrying forward and finds that a withdrawal and subsequent gift won’t fully wash because the gift exceeds the amount she can deduct under the 50 percent of AGI limit on gifts of cash. Increasing her AGI through the withdrawal may also result in further phasing out of other tax exemptions or triggering other taxes that apply when AGI is boosted over a certain amount.

Further, if donors live in the small number of states that don’t allow charitable deductions from state income tax, they may also find themselves paying tax at the state level, even if they can fully deduct the gifts against their federal taxable income.

Finally, the highest income taxpayers, who can fully deduct gifts under both federal and state law, may experience a partial reduction in their itemized deductions due to the Pease Amendment.

So, does this mean that the absence of a rollover provision is the end of the world for philanthropically inclined individuals? Hardly. Many of the advantages of the tax-favored rollover can be fully or partially achieved through careful planning of withdrawals and subsequent gifts. Further, if addressed correctly, gifts from retirement assets can bring benefits to those between the ages of 59½ and 70½ and open up the possibility of using funds from qualified retirement accounts other than IRAs. In fact, many taxpayers have used the techniques I’ll describe for many years.

This outcome would result for any donated withdrawal up to $100,000, effectively mimicking the results of the prior and pending IRA rollover provisions. If, instead, his AGI was $125,000, he could achieve the same result with a withdrawal and subsequent gift of up to $125,000, an amount in excess of the $100,000 rollover limit under prior law.

Phaseouts of personal exemptions and the Pease Amendment don’t begin until AGI exceeds $258,250 for single taxpayers and $309,900 for joint filers. If the donor lives in a state that allows charitable deductions, he achieves very close to a full wash without the need for the rollover.

Those currently over age 70½ who are required to take mandatory withdrawals from an IRA may still want to consider making their gifts for the remainder of 2015 directly from their IRA, as long as the donated amounts don’t exceed the lesser of $100,000 or their minimum required distribution. If the IRA rollover is reinstated, they’re covered and will benefit from the rollover that’s heretofore been re-enacted retroactively. If the rollover isn’t available for 2015, they’ll be in the same position as if they had taken a withdrawal and used it to make a gift.

While the above option serves as a practical workaround to the lack of a direct IRA rollover option, there are other ramifications. Recall that the IRA rollover has been limited to individuals over the age of 70½ and to traditional and Roth IRAs. By carefully structuring gift transactions, it’s possible for anyone over age 59½ to make similar gifts because no age-based early withdrawal penalty applies when funds are withdrawn after reaching that age.

There’s no reason to limit the potential giving pool to IRA assets. As of 2013, the amount of funds held in 401(k), 403(b) and similar tax-favored defined contribution plans was approximately the same as that held in IRAs.1 From the outset, legislation has provided that funds held in other than IRA accounts aren’t eligible for direct charitable transfers under the IRA rollover.

There’s no reason why a person age 59½ or older can’t currently dip into 401(k) and similar tax-favored plans and make offsetting charitable contributions. This option could appeal to those individuals who aren’t yet retired, are in higher tax brackets and have accumulated significant wealth, only a portion of which is held in tax-favored retirement plans.

A Case in Point

Mark and Cynthia are both in their early 60s. They have over $2 million in their employer-sponsored 401(k) plans. They expect these funds to grow at a rate of 4 percent on average over time. Their AGI is $225,000. They would like to make a charitable pledge of $100,000, payable at the rate of $25,000 per year for four years. While deductible gifts of this magnitude might reduce their tax bill each year, it would require 11 percent of their income each year to fund the gifts from their income, thereby reducing discretionary income they could devote to other purposes.

If they were instead to withdraw $25,000 from their 401(k)s, their new AGI would be $250,000. They have mortgage interest and other deductions that already enable them to fully itemize additional deductions, so they can fully deduct the withdrawal and donate $25,000 each year. As they’re well under the Pease and personal exemption phaseout level of $309,000 and live in a state that allows charitable deductions, their gift is a wash for tax purposes. They also can devote to other purposes the after-tax amount of the income they would have otherwise used to make their gift.

Mark and Cynthia don’t anticipate being subject to estate taxes at their death. They do, however, plan to maximize the amounts their children can receive free of income tax. For that reason, they’re interested in making charitable gifts using funds that would be subject to tax if left to heirs, thereby maximizing the amount they can leave to them free of income tax. While the assets if left in their 401(k)s can continue to grow tax-free, their heirs could face income taxes on future withdrawals that equal or exceed any future growth. This potential tax liability is another reason they might consider making charitable gifts using this approach.

More important, however, from a practical standpoint is the fact that many baby boomers currently in the 60 to 70 age range hold the bulk of their assets (other than home equity) in tax-favored retirement accounts. For gifts of larger amounts, these funds may be the only asset game in town. For that reason, it’s imperative that advisors are prepared to help them see how they can judiciously give from these assets in pre-retirement years. As noted above, giving in this way also serves to increase the amount of after-tax income they can use for other purposes.

As Congress considers how to proceed with the IRA rollover provisions, it may be wise to consider how broadening the provision to gifts from all qualified plans and expanding this option to include individuals over age 59½ could increase both giving and revenue. In the case of Mark and Cynthia, for example, if they gave from their 401(k) in the manner described above, the amount donated would never be taxed. But, keep in mind they’ll only give the $25,000 once that year. If they had decided to give $25,000 (or, more likely, a lesser amount) from their otherwise taxable income, their current tax bill would be reduced as they deducted the gift. By making the gift as suggested, the charity will receive $25,000, but Mark and Cynthia won’t reduce their current tax bill. The tax revenue will be preserved for the Treasury while they enjoy additional after-tax income for their own benefit rather than giving the entire amount to charity.

In future columns, I’ll address how use of qualified retirement fund assets can also be used to fund gifts that result in significant tax reduction while enhancing future economic security for both the donor and the charitable recipient.