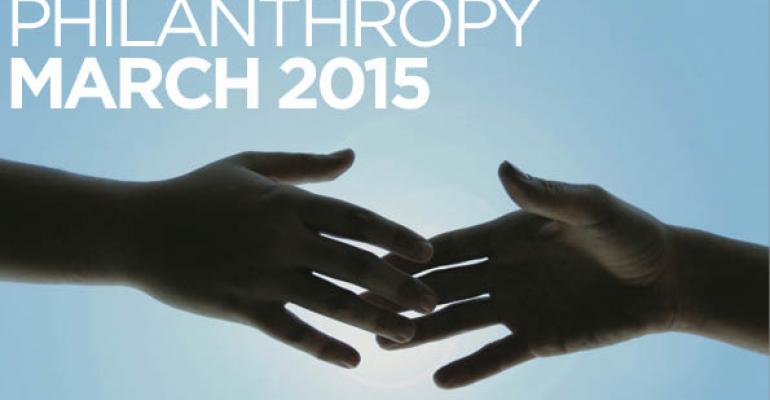 Over the last few years, the estate and financial planning community has adjusted its use of various planning tools and techniques to reflect the reality of significantly higher exemptions from federal estate taxes beginning in 2011.

For 2012, the most recent year that both Internal Revenue Service and national death statistics are available, some 2.543 million Americans passed away.1 Of that group, just 8,423 estates exceeded the $5.12 million threshold for gift and estate tax exemptions.2 This figure means that 99.7 percent of decedents in 2012 weren’t subject to federal transfer taxes. While 19 states and the District of Columbia impose estate or inheritance taxes, just 38 percent of Americans reside in these jurisdictions. The states that don’t impose such taxes include a number of highly populous ones, such as California, Florida and Texas.

So, what does this new paradigm mean?

This new estate tax reality means that planners will increasingly need to consider the non-tax motivations that have always, in reality, been of great importance in the decision-making process underlying testamentary charitable gifts. The majority of gifts through estates have always come from those who make these decisions from more deeply held beliefs and motivations than simply the desire to reduce estate taxes. According to Giving USA, the total bequest giving of $27.7 billion in 2013 was the second highest total on record,3 and more than half of that amount came from non-taxable estates.4

Family members, close friends, associates and charities are the primary entities found in wills or other estate plans. It could be said, therefore, that when an individual includes a charity in an estate plan, he’s, in effect, elevating that charity to the status of a family member. This inclusion typically requires a great deal of donative intent.

But, does this insight mean that philanthropically inclined individuals should disregard tax considerations when they decide the most effective ways to make gifts at death? No, but planners should take a broader view of a client’s tax situation when planning these charitable gifts.

In many cases, it may appropriate to broaden the discussion with the client to include income tax issues and other concerns, such as the desire to protect assets, provide income for himself and/or loved ones and other desirable outcomes that can result from more effective philanthropic estate planning.

Let’s look at some of the benefits of  “accelerating” estate gifts.

Charitable individuals will often indicate a desire to make gifts larger than ones they believe they can prudently make. The reasons they don’t make these gifts, typically, revolve around a number of common concerns, including fears that they’ll die before taking care of loved ones; outlive their resources; or suffer debilitating illness or economic reversals.

Fortunately, many planning tools have evolved that make these seemingly impossible gifts possible. Also, immediate tax benefits associated with these gifts may largely “replace” the estate tax savings that, in many cases, are no longer available given higher estate tax thresholds.

For example, take the case of Jeffrey. He’s a childless widower, age 79, with $5 million in assets. He’s planning to leave $4 million to his nieces and nephews and the residue of his estate, estimated at $1 million, in equal shares to two charitable interests—one that he’s supported over time and the other to his late wife’s favorite charity. In today’s tax environment, this $1 million residuary testamentary gift would result in no federal estate tax savings.

Jeffrey owns securities worth $500,000 with a cost basis of $150,000. These securities yield dividends of 1 percent, or $5,000 per year. A sale to diversify these holdings may result in capital gains taxes of as much as $52,500 at the federal level and, possibly, more at the state level. He’s, understandably, reluctant to sell and diversify these assets.

What alternatives might he consider? If he were to fund a 5 percent charitable remainder unitrust (CRUT) using the appreciated securities, his income would increase from $5,000 to $25,000 the first year, with the possibility that it could grow with the value of underlying trust assets over time. No capital gains tax would be due at the time he funds the trust, and the trust, as a tax-exempt entity, won’t be liable for tax on future capital gains or on its undistributed ordinary income.

Given his age and current federal discount rate of 2.2 percent, Jeffrey would be entitled to an immediate charitable income tax deduction equal to 66 percent of the amount transferred, or $331,000. In his 28 percent tax bracket, this alternative could save him just under $93,000 in federal income taxes over a period of as long as six years, depending on his adjusted gross income and gifts of appreciated assets he may have made in the past.

From Jeffrey’s perspective, he’s increased his spendable income without incurring capital gains taxes, while enjoying capital gains and income tax savings that could exceed $145,000 over time.

While he can’t recover the funds in the trust, these assets are also beyond the reach of creditors or individuals who might take advantage of him in later years.

The charity that’s the remainder beneficiary will enjoy the knowledge that it will benefit from the remainder of the trust and will receive the funds without them being encumbered by the expense and delay of probate.

Another aspect of interest to Jeffrey’s asset managers is the ability to diversify the assets on a tax-free basis inside the trust and continue to actively manage the assets for the remainder of Jeffrey’s life.

Suppose Jeffrey is also interested in assuring a source of fixed income for the remainder of his lifetime. In this case, he might also decide to transfer $500,000 in low yielding cash to his wife’s charitable interest to fund a charitable gift annuity (CGA) that would make annual fixed payments to him of 6.6 percent, or $33,000, for the remainder of his lifetime. Depending on a number of factors, he might instead choose to fund a charitable remainder annuity trust (CRAT) that would make payments of the same or a similar amount. This option would allow his current advisors to continue to managed these funds.

Whether in the form of a CGA or CRAT paying 6.6 percent, this gift would give rise to a charitable deduction of 48 percent of the gift amount, or $242,000. While he may not be able to use a deduction of this size in addition to the deduction for the CRUT, if he chose the CGA option, some 79 percent of his annual payments would be received tax-free as return of his investment in the contract for a period of his life expectancy of 10 years. Income from a CGA may be taxed more favorably than a CRAT in the near term, while the CRAT may be the better option if he lives beyond his life expectancy.

In any event, the combination of these two types of gifts would afford him a balance between a higher fixed income from the gift annuity or CRAT and a source of income that can grow over time with the performance of assets in his CRUT.

Through the interplay of these two gifts, each charity has the knowledge that it’s the irrevocable beneficiary of a gift that will result in eventual benefits in the range of $500,000, depending on the performance of the trust assets and the underlying gift annuity reserve fund.

In each case, the funds aren’t subject to claims or creditors or possible erosion that could reduce the amount of a residuary bequest if Jeffrey continued with his current plan to leave the funds in the form of a bequest via his will or other testamentary vehicle.

It’s also possible that Jeffrey may decide at a future point that he no longer needs the income from the life income gifts he’s established. In this case, he could decide to relinquish his right to all or a portion of his remaining income interests and allow his gifts to fully or partially come to fruition during his lifetime. He’d then enjoy additional tax savings through deducting the value of the remaining income interest he’s foregone.

Along the same lines, Jeffrey might decide to use a portion of his payments each year to begin funding an endowment. In a variation on a “virtual endowment,”5 he might give a portion of his $58,000 in additional income each year to start his endowments during his lifetime. This commitment could be made revocable, so that he makes this decision on a year-by-year basis.

For example, if the charities would eventually spend 4 percent of the combined $1 million in endowment, or $40,000 per year, a portion of Jeffrey’s additional income each year could be directed toward making a part of that spending an immediate reality. He’d report the income each year, but it would be offset by a corresponding charitable deduction subject to any normal deduction limits.

Finally, it’s not unusual for donors who may have made a bequest commitment to a charitable interest at a younger age (when they had many years ahead of them and worried about outliving resources, for example), to decide in later years that they can actually afford to make an outright gift.

In Jeffrey’s case, he and his deceased spouse may have each made $500,000 bequest commitments in campaigns conducted by their charitable interests 15 years ago, when they were in their mid-60s. Now that he’s 79 and has survived his wife, he may decide to make an immediate $500,000 pledge to each of the charities involved and pay $100,000 toward each pledge annually for five years.

This pledge would reduce his estate by $1 million over the 5-year payment period, assuming his remaining assets didn’t grow, but at his age, he could reasonably assume that the remaining $4 million would be sufficient to see him through the remainder of his lifetime. From a tax planning perspective, Jeffrey could realize as much as $280,000 in federal income tax savings as a result of fulfilling the two pledges.

These are just a few of the ways Jeffrey might choose to “accelerate” his charitable bequest to provide him with significant tax and other financial benefits, while also putting the eventual charitable recipients potentially in a better position with a more predictable gift expectancy.

In today’s environment of higher income and capital gains taxes and lower transfer taxes at death, we believe the time may right for many charitably inclined individuals to consider ways to structure gifts that provide greater benefits to all concerned.

3. Giving USA 2014: The Annual Report on Philanthropy for the Year 2013, published by the Giving USA Foundation, 2012, researched and written by the Indiana University Lilly Family School of Philanthropy.