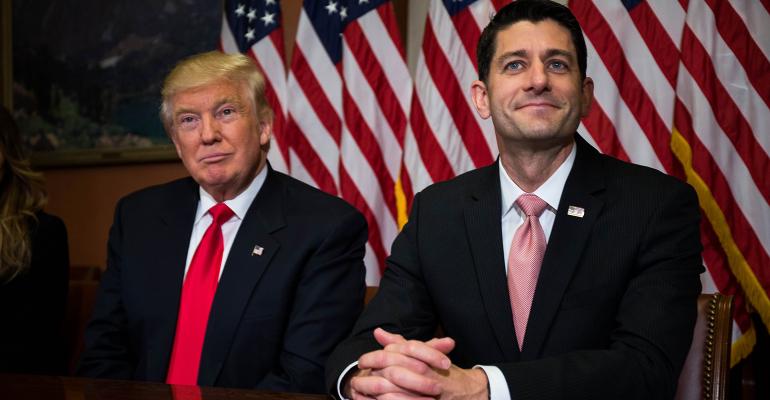 There’s good news and bad news. Which would you like to hear first?

In December 2017, Congress enacted the most far-reaching changes in the federal tax code in more than 30 years. Virtually every taxpayer is affected in some way by the sweeping modifications to the federal income, estate and gift taxes. But, who really does and doesn’t benefit from the changes? Let’s examine some possible scenarios.

Charities took heart early in the legislative process as lawmakers pledged to leave the 100-year-old deduction for charitable gifts intact, with no limits. This was good news as proposals had been floated during early phases of tax reform discussions that would have limited the amount and/or value of deductible charitable gifts in various ways.

The charitable deduction, along with mortgage interest and state and local taxes, is historically one of the “big three” when it comes to deductions that are most widely used by individuals.

Fortunately, the charitable deduction is the only one of the “big three” that wasn’t limited—and was actually expanded in some cases—by the final tax legislation.

State and local taxes were limited to $10,000. Mortgage interest was disallowed for home equity loans and limited to interest on mortgages of $750,000 or less (down from $1 million under current law).

In contrast, the amount of charitable gifts that can be deducted each year wasn’t limited and was actually increased to 60 percent of adjusted gross income for cash gifts (30 percent of AGI remains the limit for appreciated property).

Another major change in the law designed to simplify tax returns for millions of taxpayers was the doubling of the standard deduction to at least $12,000 for individuals and $24,000 for married individuals.

This change will dramatically reduce the number of taxpayers who will itemize their deductions—including charitable gifts. As a result, many more donors will now have to make their charitable gifts from after-tax income.

One proposed solution intended to ameliorate the impact of tax reform on charitable giving by further limiting those who could benefit from deducting gifts was to return to a concept included in an earlier tax reform in 1981, under which all taxpayers were allowed to exclude all or a portion of charitable gifts from their income if they didn’t otherwise itemize their gifts.

Unfortunately, the so-called “universal charitable deduction” wasn’t included in the final tax reform compromise bill, though it was proposed either as an amendment or a separate bill by legislators in both the House and Senate. There have already been attempts to piggyback this provision on other bills, and it could well become law at some point in the future.

The net effect of the final legislation is to increase the number of non-itemizers from 70 percent of taxpayers under prior law to an estimated 85 percent today. Based on other estimates, individuals who won’t itemize their gifts account for just 23 percent of total charitable giving (based on 2015 returns) and just 40 percent of all giving by individuals.

Many observers predict tax reform should have little impact on charitable giving by lower and middle income individuals. That’s because there’s no reason to believe the donors who didn’t itemize in the past will suddenly discontinue their giving because they still can’t itemize.

In addition, the “new non-itemizers” are, for the most part, individuals who are giving an average of less than $3,000 per year, and it’s believed much of that amount is religious in nature and unlikely to be significantly reduced.

It can also be argued that higher standard deductions will provide new non-itemizers with more discretionary income from which most small charitable gifts are made.

No News (Is Good News)

Appreciated Property. Despite early attempts to limit gifts of real estate to cost basis, the final legislation made no changes in the tax treatment of gifts of appreciated assets. This will be especially important going forward as baby boomers will hold a greater percentage of their donatable assets in the form of highly appreciated real estate and business interests. In many cases, the bulk of their marketable securities will be locked up in 401(k)s, 403(b)s, individual retirement accounts and other qualified retirement plans where the securities can’t be directly accessed for charitable purposes.

Gifts of appreciated securities and other qualified property will also be more important than ever for consideration by donors who may no longer be able to fully deduct their charitable gifts.

As described earlier, it may now require more pre-tax income for some donors to make their gifts. If affected donors instead give appreciated assets, they won’t have to use any income to make the gift, and they won’t owe capital gains tax that would be due in the event of a sale.

Direct Gifts from IRAs. The ability for those 70½ or older to make “qualified charitable distributions,” also known as IRA rollover gifts, wasn’t changed by tax reform. It will still be possible for these donors to make tax-free gifts of up to a total of $100,000 per year from their IRAs, which will also qualify as part of their mandatory withdrawal for the year.

When donors give funds directly from an IRA to charity, they’re not required to report the income on their tax returns. This achieves the same result as if they reported the withdrawal, made a gift of the funds and were able to fully deduct their gift. This method of giving will now be more attractive to donors over age 70½ who don’t itemize due to lack of a mortgage and/or sufficient other deductions to make them itemizers.

The IRA rollover will also assume greater importance as the baby boomers who will hold a large percentage of their assets in IRA accounts are now moving into their early 70s and qualify for this benefit.

Split-Interest Gifts. Finally, the laws governing gifts in the form of charitable remainder trusts, charitable gift annuities, lead trusts and other split-interest gifts weren’t changed under the terms of the 2017 tax legislation.

Whether a donor can use tax deductions associated with such gifts is, however, affected in the same manner as outright gifts of cash and other property.

Other important tax savings associated with such gifts continue unabated.

This is an adapted version of the author’s original article in the March 2018 issue of Trusts & Estates.