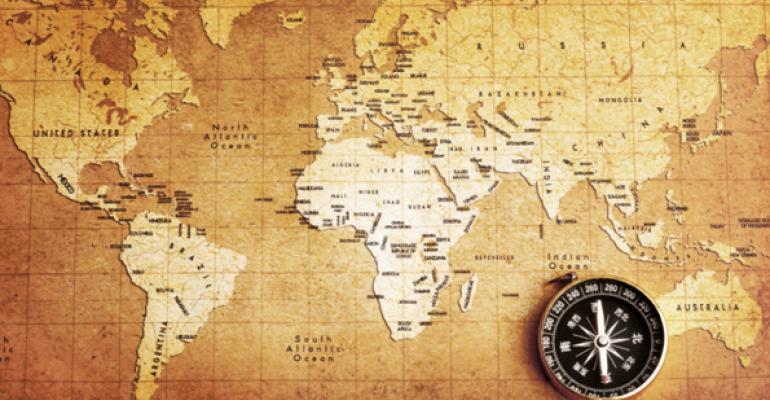 One of the most notable trends in philanthropy, according to the 2012 Giving USA Study of charitable giving, is that international giving has steadily grown despite a tumultuous economy.  For the past two years, 2009-2011, international giving has experienced a 15.2 percent growth, the largest increase across all of the subsectors the Study tracks and reports.

The growth in international giving can be attributed to many things: increasing digital access to global information, a growing number of international giving networks, and a heightened awareness of the interrelationships of global communities. But even with these evolutions in philanthropic information and access, the international giving landscape has been complex for both donors and their advisors. With no uniformity of regulations, no standard tax incentives and socio/political and economic constraints often in place, it can be difficult to navigate complex government rules and regulations. An example of this are actions taken over the past year by the governments of Russia and Canada to pass new laws prohibiting certain classes of civil society organizations from receiving foreign funds.

In a recent presentation, in Chicago, to the ABA Section of Real Property, Trust and Estate Law; Charitable Planning and Organizations Group, the authors discussed current trends in global philanthropy and addressed the legal requirements and challenges facing individuals considering cross border giving.  This article excerpts from that presentation.

The Hudson Institute’s 2012 Index of Global  Philanthropy and Remittances shows that despite the recession, U.S. giving to developing countries actually increased to $37.5 billion in 2009, outpacing official U.S. government aid by almost $9 million. There are also increases in philanthropy documented outside the U.S. particularly in emerging economies where wealth is rapidly growing. A slow global recovery does not appear to be adversely affecting philanthropy.  In India, for example, which is one of the fastest growing economies in the world, the average contribution to charity among high net worth individuals grew to 3 percent of their total income in 2011, up from 2.3 percent in 2010, according to Bain & Co’s India Philanthropy Report 2012 and more than half of those surveyed expect to boost their donations again in 2012. The recently released Report by Credit Suisse and Forbes Insight entitled Next Generation Philanthropy noted a burgeoning culture of giving in both Latin America—where average annual wealth growth is expected to average 12.1 percent for the next five years—and in Asia, where the population of ultra-high net worth individuals is expected to exceed the U.S. by 2025.

Subsumed under these statistics is the fact that charitable giving is taking on a new look.  Philanthropists interested in having a global impact are no longer limited to grantmaking.  They can now invest in businesses that provide a social and financial return. These social enterprises offer unique opportunities for donors to leverage their charitable dollars while effecting change in emerging and underserved markets.

The increasing role that impact investing is playing in directing money to solutions to social problems and inefficiencies overseas is reflected by the growing importance of intermediaries such as the Aspen Network of Development Entrepreneurs and the Global Impact Investing network.

But, as the Credit Suisse/Forbes Insight Report notes, global giving has a generational slant as well.  Digital natives…millennials…youth in their 20s and younger were born into an era of globalization and the distinction between local and global has increasingly blurred.  This generation of global citizens is apt to look at opportunities for giving outside the U.S. as much or even more often than within the U.S.  They are fully aware of the interrelationship between nations and their travels, real and digitally, provide a significant education about issues related to resource scarcity, global health and poverty. They also want to get the greatest “bang for their buck” and as a result, are more apt to research and seek out ways to be most effective in bringing about social change on a global scale.

A manifestation of this youth focus is the annual Nexus Global Youth Summitwhichbrings together young wealth holders and social entrepreneurs with the purpose of transforming global philanthropy. In 2011 the Summit inspired $10 million in philanthropic donations and helped launch dozens of cross-border partnerships. Whether clients are looking for meaningful ways to invest their philanthropic capital or are themselves pioneering a new social enterprise, the Summit—which also hosts events in London and Beijing—provides access to a network of supporters with whom they can exchange ideas, problem-solve and create new ventures aimed at solving the world’s most pressing challenges.

U.S. charities engaged in international philanthropy face a number of challenging tax and legal issues that are less relevant in a purely domestic context.  Many of these challenges arise from the fact that the rules governing recognition of charities and the circumstances under which donors to charitable organizations may claim tax deductions or other benefits for their contributions is governed almost exclusively by the law of each separate jurisdiction.  Cross-border recognition of the exempt status of charitable organizations and the deductibility of charitable contributions to foreign organizations is extremely limited.

The U.S. is not unique in this respect.  The European Commission published a “Proposal for a Council Regulation on the Statute for a European Foundation (FE)” in February of 2012 (the “Proposal”).  The Proposal recognized that charitable organizations conducting cross-border activities and fundraising face a number of challenges, including:

The Proposal would create a European Foundation recognized as fundamentally the same in all member states to help deal with these challenges.

U.S. charitable organizations also are required to observe U.S. reporting requirements.  This includes filing Form TD F 90-22.1 and Form 8938 where required, as well as filing applicable information returns.  Withholding on grants may also be required in some cases.

Charitable organizations that engage in international philanthropy must also take care to comply with the complex and ever growing web of U.S. laws.  For example:

This list is illustrative only and does not purport to cover all of the rules that U.S. charities that make foreign grants or engage in foreign activities must take care to observe.  Violation of these laws may carry severe civil and criminal sanctions.  In addition, this list only takes into account U.S. laws.  U.S. charities operating or making grants to individuals or organizations in other countries must also take care to observe the laws of the foreign country.  For example, many jurisdictions have strict capital import and export laws or banking regulations that must be observed.

As this discussion demonstrates, international philanthropy can involve a number of legal pitfalls.  U.S. charitable organizations that engage in international philanthropy need to be aware of these pitfalls and have adequate procedures in place to avoid them.  In some cases, it may make sense to avoid these pitfalls altogether by making foreign grants through intermediaries that qualify as U.S. public charities or through the use of a donor advised fund.

The Future of Global Philanthropy

The number of natural and humanitarian disasters that have occurred over the past few years has led to heightened awareness of how small the world really is and the interdependency of economies and people.  This in turn has led to a more invested philanthropic community seeking both to make philanthropy more accessible in their own countries, but also more relevant and responsive to real and immediate needs. Young wealth creators who are motivated to find new ways to make a difference are emerging as philanthropic leaders and philanthropic risk takers. As the philanthropic landscape changes and as younger, more knowledgeable global donors become more prevalent, there will undoubtedly be changes in terms of what is expected from advisors.  We need to ensure we have the most immediate and complete information about the cultural, political and legal challenges our clients may face.

Michael T. Donovan is a Partner at Baker & McKenzie LLP, in Chicago.Mr. Donovan regularly counsels exempt organizations in connection with formation, exemption and governance issues. He also counsels a variety of funds on domestic and international tax issues and isa member of the firm’s Global Wealth Management Group.