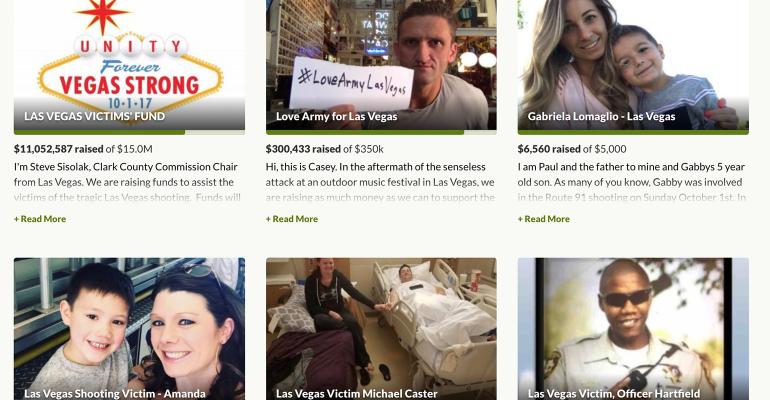 There is an urgency to help in the wake of natural disasters, and substantial sums are raised by charitable crowdfunding sites. But there is little law, and even less guidance, around the tax consequences.

In the wake of any tragedy, charitable efforts to help victims often come with a sense of urgency and in the form of crowdfunding campaigns via online websites. Despite the substantial sums of money raised annually by these crowdfunding sites, there seems to be little law, and even less guidance, for the donors using them.

A better understanding of the legal, tax and structural issues of these efforts will help donors better match their money to their intentions. Let’s take a look at where things stand.

Whose Funds Are They?

Funds held in a campaign to benefit the public (for example, all the victims of the Las Vegas shooting) pending a distribution to a public charity may reap the income tax charitable contribution, but it depends who owns, or controls, the money.

The Difference in Funding for a Group of Victims Vs. an Individual Victim

Funding to benefit a group, like the general crowdfunding site for the Las Vegas victims on GoFundMe, faces different challenges than those for a specific individual.

The group is called a “charitable class.” It must be large enough that the community as a whole, rather than a pre-selected group of people, benefits. For example, a charitable class could consist of all the individuals in a city, county or state. For group efforts that meet that requirement, the following consequences are likely:

Funding for a particular individual, such as a crowdfunding site for a specific Las Vegas victim, faces different issues from a crowdfunding effort for the general public.

The Internal Revenue Service has stated: “Individuals can also help victims of disaster or hardship by making gifts directly to victims. This type of assistance does not qualify as a tax-deductible contribution since a qualified charitable organization is not the recipient. However, individual recipients of gifts are generally not subject to federal income tax on the value of the gift. If you make a gift directly to an individual, you are not subject to federal gift tax unless the total gifts made in a year exceed the annual exclusion amount.”

For individual efforts, the consequences seem to be: