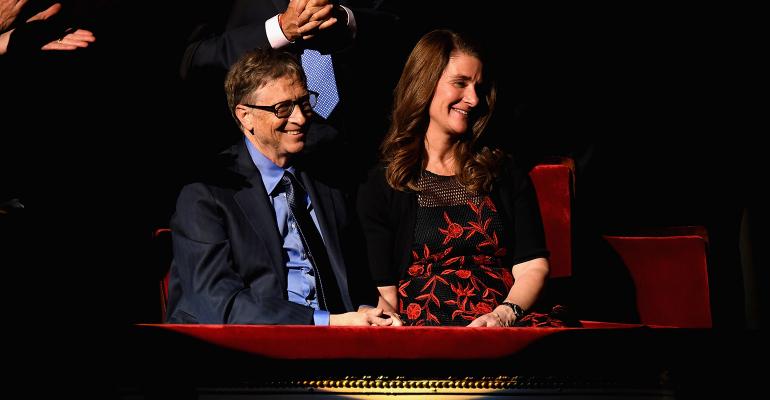 Charitable Giving at a Record High

Charitable giving rose 5.2 percent to reach a record $410 billion in 2017, according to Giving USA’s annual report on philanthropy. The report found that giving was up due to the booming economy, rising stock market and giving to hurricane and wildlife relief efforts. Mega-gifts from tech billionaires added to the record high. The largest charitable gifts in 2017 came from Bill and Melinda Gates ($4.6 billion), Mark Zuckerberg and Priscilla Chan ($1.9 billion) and Michael and Susan Dell ($1 billion). All of those donations went to their individual foundations. Giving by individuals rose 5.2 percent in 2017 to $287 billion, and giving by corporations increased 8 percent to $21 billion. According to a study released Tuesday by Fidelity Charitable, over 70 percent of millennials and Gen Xers have made an impact investment, compared to just 30 percent of baby boomers and older generations. The study, titled Impact Investing: At a Tipping Point?, provides context for those seeking to understand how charitable giving is shifting as younger generations are growing their wealth. The study found that among younger investors 58 percent were interested in investing directly in companies with good environmental and social practices, while 56 percent favored investing in these companies via exchange traded funds or mutual funds. There was also strong interest among these younger investors toward investing in small businesses and startups with strong social or environmental practices (48 percent). In just the first quarter of 2018, Fidelity Charitable has seen a 110 percent increase in impact investing over the same period a year ago; this brings the nonprofit’s total impact-invested assets for the first quarter to $856 million.

AdvisorEngine Revamps Its Back End and Is Staffing Up AdvisorEngine, a cloud-based technology platform provider to advisory firms, announced improvements to its core back end systems Wednesday. Those firms using its white-label digital advice offerings should benefit from faster system performance across many features, including paperless client onboarding, portfolio analytics, goals-based financial planning, performance reporting, trading and rebalancing, fee billing, automated alerting, and document sharing, according to the company. On the near-term horizon will be improvements to data acquisition and batch processing capabilities. While AdvisorEngine acquired the well-known and established CRM company Junxure in January, the work of integrating the two is just getting underway, according to a company spokesman. For now, at least, the company will continue to support both the cloud-based and legacy versions of Junxure CRM. AdvisorEngine also noted that it’s looking to hire new engineers, product managers and quality assurance professionals to “accommodate the growth and evolution” of the company’s technology.