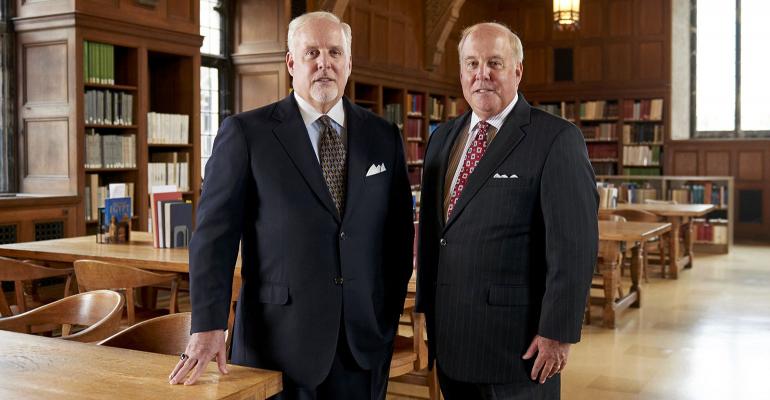 A Case of Giver’s Remorse

The Thomas L. Pearson and The Pearson Family Members Foundation sues to void a $100 million gift to University of Chicago.

We often hear of family foundations making generous donations. This time, however, one family wants their money back.

In 2015, Thomas L. and Timothy R. Pearson pledged a $100 million gift on behalf of their family to the University of Chicago—the second largest donation in the university’s history—to establish a research institute aimed at reducing conflict around the world. The grant was made “to honor their family, and particularly their mother and father who had spent much of their lives engaged in peace and social justice efforts, among other causes.” Though neither brother has any connection to the university, they apparently selected the school because of its reputation for rigorous data-driven research of that caliber.

Ironically, the dream to reduce conflict around the world is about to be short lived because of a conflict that has been brewing between the two parties for nearly a year. In a recently filed suit, The Thomas L. Pearson and The Pearson Family Members Foundation cites alleged failures by the university to fulfill several contractual obligations that were agreed-upon terms of the gift as grounds for recouping the money already paid and voiding the agreement. To be precise, the Foundation states that the alleged failures and misrepresentations by the school over the past two years have caused it to “lose all confidence that the U of C is an appropriate or capable steward of the Pearson Family legacy.”

Other allegations include the questionable hiring of non-tenured professors “from academic institutions that are ranked below the U of C in national academic standings,” a lack of transparency and failure by the university to timely plan a “Pearson Global Forum” that it was contractually obligated to host by Oct. 31, 2018. A few of the other claims sounded a bit more petty—including the family feeling snubbed at not being invited to at least 22 of the 24 events held by the university during the 2016-2017 school year.

This isn’t the first time the family has been displeased with the handling of their philanthropic contributions. In 2011, Thomas Pearson sued Garrett-Evangelical Theological Seminary, his father’s alma mater, alleging misuse of a $1.2 million scholarship he created in honor of his parents. That suit was eventually thrown out by a U.S. District judge in Illinois. It remains to be seen if this suit has more merit or will eventually face the same fate. In the meantime, the U of C has issued a statement defending itself and stating that the complaint is baseless, maintaining that “the University honors its grant agreements with its donors, and it did so with the Pearsons.”