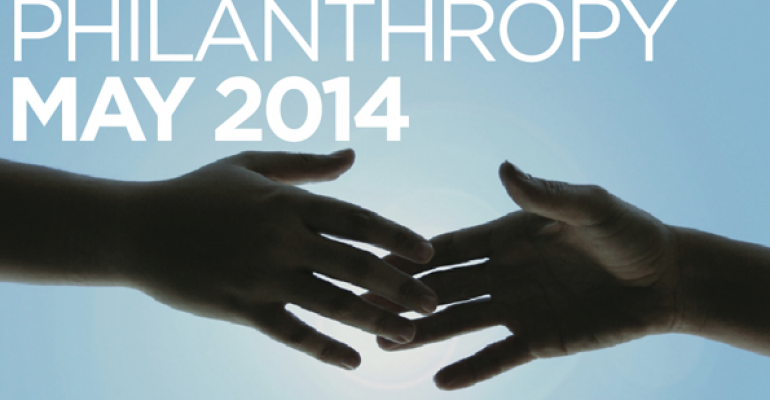 In late February 2014, Representative Dave Camp (R-MI) put forth what’s been described as the most serious tax reform proposal (the Camp proposal) since the historic Tax Reform Act of 1986 (the 1986 Act). The Camp proposal represents the result of many months of study and hearings with representatives of many of the United States’ economic sectors and includes provisions drawn from both Democratic and Republican suggestions for tax reform and simplification.

While few observers believe that this proposal will become law in its current form, many think that it may, in fact, serve as a blueprint for future tax reform discussions.

Let’s explore ways in which this proposed legislation would impact charitable tax incentives, as we begin to contemplate its impact on income and estate tax planning.

In its broadest sense, the Camp proposal seeks to narrow the federal budget gap through a combination of both lower tax rates and collecting taxes from a broader base of income. It begins with the concept that there would be two individual income tax brackets, 10 percent and 25 percent. An additional 10 percent surtax would apply to individual filers with income over $400,000 and joint filers with income over $450,000. The 25 percent bracket would begin at $35,600 for individuals and $71,200 for joint filers. The effective capital gains tax would be increased from its current 20 percent level to 21 percent.

These lower tax brackets are achieved by a broad range of measures, including limitations on many popular tax deductions now enjoyed by millions of Americans.

No personal exemptions. The Camp proposal eliminates personal exemptions. Alimony would no longer be an adjustment to gross income and would be taxable to the divorced spouse who earned it. The measure would also place limitations on the amount of mortgage interest that could be deducted, lowering the maximum from interest on up to a $1 million mortgage to interest paid on mortgages up to $500,000. There would also be no deduction for state and local income and property taxes.

A bright spot would be the ability for taxpayers to deduct charitable gifts by April 15 of the following year.

Broader income base. When looking beyond the surface, however, what emerges is a continuation of the current progressive tax system at the margin of a taxpayer’s income. The difference is that the progressive rates similar to the current system would, in effect, be applied against a broader income base. Readers may recall the 1986 Act, which, purportedly, introduced a 28 percent maximum tax on earned income. Simultaneously, many popular deductions, such as credit card interest, were eliminated. Beyond certain income levels, however, the 1986 Act imposed an additional 5 percent tax that served to recapture the benefit of lower tax brackets on the “first dollars” of income until that benefit was “paid back.” While a taxpayer couldn’t pay more than an average of 28 percent under the 1986 Act, the “last dollars earned” were taxed at higher marginal rates.

The Camp proposal acts in much the same way to impose higher taxes at the margin on those earning beyond certain amounts. In fact, according to the Tax Foundation analysis of marginal rates under the Camp proposal, all single taxpayers earning more than $16,000 would be paying higher rates at the margin than 25 percent.1 Beginning at the $400,000 level for single taxpayers, the additional 10 percent surtax would apply. Single taxpayers making more than $441,000 would pay the
25 percent rate, plus the 10 percent surtax and a 3.8 percent medicare tax on each additional dollar, driving the marginal rate to 43.8 percent.

Even if taxpayers could still deduct their charitable gifts, Americans donate an estimated 3 percent of their AGI to charity, so, on average, two thirds of deductions would be eliminated. Taken as a whole, these measures result in the virtual elimination of the charitable deduction for the 95 percent of those whom Camp estimates will no longer itemize and reduce the benefits given the 2 percent of AGI floor that would also apply.

Donated property. The Camp proposal also alters the types of property that can be donated and deducted at full fair market value. Under current law, property that’s  increased in value and qualifies as capital gain assets held longer than one year can be deducted at full value. Special rules now apply to tangible personal property. The Camp proposal would limit contributions of property to cost basis, with the exception of publicly traded securities, tangible personal assets for related use and certain other assets. Of note to planners, however, is the fact that the Camp proposal would no longer allow charitable deductions for appreciated real estate or non-publicly traded business interests. On a positive note, the proposal would raise the AGI limit for appreciated property gifts from 30 percent to 40 percent, a boon to gifts of securities and certain other properties at the expense of cash gifts where the AGI limit would be reduced from 50 percent to 40 percent.

The Camp proposal also doesn’t include an extension of the IRA rollover provision that’s allowed those over age 70 to make gifts directly to charity from a traditional or Roth IRA.

The proposal would affect taxpayers differently, depending on their income, marital status and other factors. Here are some examples:

Couple earning $100,000. Assume they have mortgage interest of $15,000 per year and state and local taxes of $7,000. Under current law, they would have deductions of $22,000. Under the Camp proposal, only their mortgage interest would be deductible. If they make charitable gifts totaling $3,000, they would be allowed to deduct $1,000, which is the amount their gifts exceed 2 percent of their AGI. In actuality, they wouldn’t be able to deduct their gifts at all because they wouldn’t have total deductions exceeding the new $22,000 standard deduction.

Individual earning $440,000. It’s interesting to note, however, that charitably inclined individuals in higher income brackets would see little or no change in the deductibility of their gifts. Assume a taxpayer makes a gift of $50,000 and that she pays $23,000 per year in mortgage interest. Those payments alone amount to itemized deductions above the proposed standard deduction of $11,000 for single individuals, so she could itemize and deduct $41,200 of the $50,000 gift after reducing it by $8,800 (2 percent of her $440,000 AGI). The Camp proposal repeals the Pease reduction rules, so there would be no further limits on her deduction. Her marginal tax rate would be 43.8 percent, somewhat higher than today’s highest marginal rate of 39.6 percent. The tax savings for this gift would be $18,045.

How does this number compare to the savings under current law? Under today’s deduction regime, the donor would be allowed to deduct the entire $50,000 against a maximum tax rate of 39.6 percent. Under the Pease reduction rules, however, itemized deductions must be reduced by 3 percent of the amount a single taxpayer’s AGI exceeds $254,000. If the charitable deduction was, thereby, reduced by $5,580 (3 percent multiplied by ($440,000-$254,000)), the taxpayer would deduct $44,420. The tax savings would be $17,590 when the deduction is applied against a 39.6 percent tax rate.

As noted above, the Camp proposal savings in this situation is $18,046, some 3 percent more than under current law. Even if one argues that other fixed deductions absorb the Pease reduction regardless of whether a charitable gift is made, the tax savings for this gift would be $18,046 compared to $19,800. This minor difference is a far cry from the treatment of the majority of taxpayers who would find themselves making their charitable gifts from after-tax dollars. A taxpayer in the 25 percent bracket making $100,000, who gave 3 percent of income to charity and no longer itemizes, would have to earn $4,000 and pay $1,000 in tax before giving the $3,000—a 33 percent increase in the amount of cash required to make the gift.

For those advising clients on their future philanthropic planning, the Camp proposal doesn’t address charitable remainder trusts (CRTs), charitable lead trusts (CLTs), charitable gift annuities or other split-interest gifts. These vehicles would still generate current income and estate tax deductions, favorable treatment of capital gains and other benefits. The Camp proposal would limit the amount of the deductions that could be claimed but wouldn’t impact the way in which the initial deduction for trusts would be calculated.

In the case of donor advised funds (DAFs), the Camp proposal would require that gifts be distributed to charity within five years. If this provision is enacted, DAFs would be less attractive for persons seeking to use them to mimic many of the benefits of a private foundation without the costs and other limits associated with giving in that way.

In the case of CLTs and CRTs, in which all or a portion of trust income is devoted directly to charitable use without flowing through a donor’s income stream, the use of trusts in planning for both current and future charitable gifts would be more attractive. That’s because not receiving income amounts is the same as receiving the income and totally deducting it. The net result would be the ability to make charitable gifts without incurring the 2 percent of AGI floor or the lower 40 percent of AGI limit for gifts of cash.2

Recall also that the Camp proposal would limit deductions for gifts of real estate and closely held business interests to cost basis. In that case, it may be more desirable for a donor to transfer such assets to a CRT, in which the property could be sold and reinvested inside the trust on a tax-free basis, while preserving the entire principal to generate income for the donor for life or other period of time.

We’ve known for some time that the current administration supports a policy direction that would limit the value of deductions for higher income taxpayers without affecting the incentives for most taxpayers. It’s clear from the Camp proposal that some in Congress may now be thinking in the opposite direction—one that would reduce or eliminate the income tax incentives for charitable gifts for the majority of taxpayers, while largely preserving those benefits for those paying the highest marginal income tax rates.

Only the future will tell where the law will eventually settle, but it’s worth considering the basic structure of the Camp proposal when advising clients on their current and future charitable giving plans.

Robert Sharpe, Jr. is president of The Sharpe Group, with more than 25 years of nonprofit fund development experience.