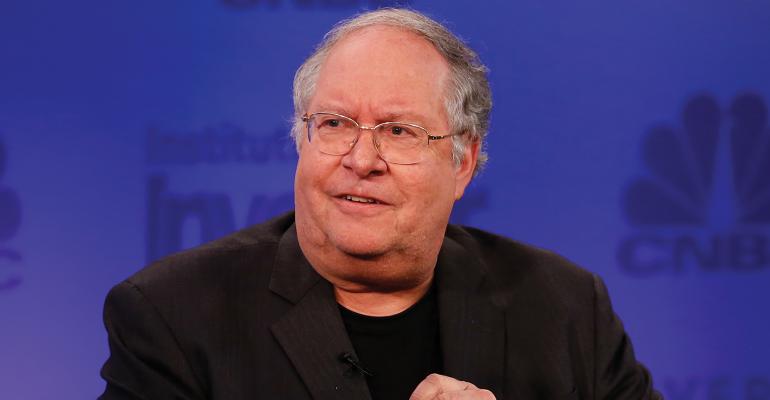 (Bloomberg) --Money manager Bill Miller will give $75 million to Johns Hopkins University’s philosophy department, which he credits with developing his investing skills as a student.

The commitment will help the department increase full-time faculty to 22 from 13 and create endowed professorships for the chairperson and eight others, the school said Tuesday in a statement. The university also aims to attract more undergraduates to study philosophy through new courses.

Miller, 67, said in an interview that he attended Johns Hopkins as a philosophy graduate student for three years, and he attributed much of his success to his studies.

“The habits of analysis that philosophy teaches -- rigorous analytical techniques -- are something that’s essential to investing,” Miller said.

Miller became a prominent money manager at Legg Mason Value Trust, beating the S&P 500 for 15 straight years through 2005. He stumbled during the financial crisis, losing 55 percent in 2008, triggering redemptions.

He’s now the founder and chairman of investment firm Miller Value Partners, and on another winning streak. Over the past five years, his Miller Opportunity Trust beat 98 percent of rival funds, according to data compiled by Bloomberg.

Miller received a bachelor’s degree in economics from Washington and Lee University in 1972.

The gift is part of a larger fundraising campaign for the university’s humanities and social sciences departments that has raised about $250 million.

The expansion of the philosophy department, which will be named after Miller, is expected within 5 to 10 years, Ronald J. Daniels, president of Johns Hopkins, said in an interview.

Miller’s commitment underscores the relevance of the humanities, Daniels said.

“It’s essential for us to create broad conversations between the humanities, the social sciences and the biological sciences for both our students, and more importantly, our society,” he said.

Johns Hopkins, based in Baltimore, had a $3.7 billion endowment as of June 30, making it the 19th-richest private university in the U.S.

Michael Bloomberg, the founder and majority owner of Bloomberg LP, the parent of Bloomberg News, is a major donor to Johns Hopkins.