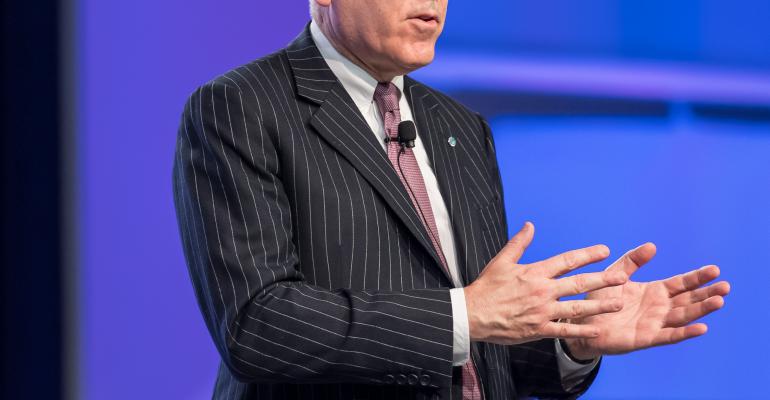 Would David Rubenstein Hire You?

David Rubenstein, founder of private equity giant The Carlyle Group, grew up in a modest home in Baltimore. His father was a postal worker and his mother was a homemaker. Now Rubenstein is worth a reported $2.8 billion. How did he get there?

“I’m not brilliant. I’m not obviously very handsome. I don’t have great athletic skills. I don’t have a lot of charm,” Rubenstein said, speaking at the CFA Institute’s annual conference in Montreal on Tuesday. “So how did I do this? Most of my career was filled with more mistakes than successes.”

Rubenstein had some missteps in his career before founding Carlyle in 1987, practicing law briefly and working for the Jimmy Carter administration. He wasn’t a good lawyer, and when Carter lost to Ronald Reagan, no one would return his phone calls.

Then, he launched one of the first private equity firms in Washington in 1987.

“We got lucky. We did a couple things that worked out, and now it’s turned out to be one of the largest private equity firms in the world,” he said.

The key to success in the financial world, Rubenstein said, is in the people you hire. He looks for six attributes in new hires, the first being reasonable intelligence, not brilliance.

Rubenstein also looks for people with a good work ethic, who know how to focus, who make themselves indispensable, and who learn how to communicate. New hires should also have well-developed ethical skills and want to give back to society.

That last attribute is near and dear to Rubenstein. People in finance tend to have more money, and there’s a limit to how many planes, homes and works of art one can buy and be satisfied. Rather, giving his money away to philanthropic causes brings him the most satisfaction.

Rubenstein has made The Giving Pledge, committing to donating more than half of his wealth to philanthropic causes or charities. In particular, patriotic philanthropy—giving back to the country—has played a big role in his giving. In 2007, he purchased the Magna Carta. And he’s donated millions toward restoring the Washington Monument.

Philanthropy doesn’t just have to be about money; the word means “loving humanity.” Rubenstein said advisors should get more involved in it.

“In the end, as we get older, you want to look back and say that you’ve done something useful and feel that your time on earth was well spent,” Rubenstein said. “You don’t have to solve all the global problems, but you can find some things in your own community to do.”

Outside the U.S., Rubenstein said China is attractive because of its 6 percent growth rate, large consumer base and the size of its economy. He has no doubt it will become the largest economy in the world during our lifetime.

Carbon-related energy is still an attractive investment because prices are relatively low. He says renewable energy is also attractive, but the subsidies needed for that will probably be high for a while.

“You might get to heaven more quickly if you invest in renewables, but it’s not clear your rate of return will be that high,” he said.

Investors should also look to the health care sector because as populations age in the Western world, the wealthiest generation—the baby boomers—will spare no expense on what they need to keep going, he said. Also, health care is becoming a larger share of GDP, accounting for 18 to 19 percent of GDP today.