The president of Wells Fargo’s independent unit, Kent Christian, details the firm's recruiting amid the pandemic.

Despite the impact of a global pandemic, Wells Fargo Advisors Financial Network (FiNet), the bank’s independent brokerage platform, has recruited $3.2 billion in assets under management since March 1, with another financial advisor team slated to join this week.

Wells Fargo does not break out the independent broker/dealer when reporting advisor head count. Across all of Wells Fargo Advisors, which includes its employee and independent contractor models, there were 13,450 advisors as of the end of the first quarter, down 62 from year-end 2019. FiNet dates back to 2001, when a Wells predecessor firm, First Union Securities, made its first foray into the independent financial advice business with its acquisition of J.W. Genesis.

FiNet President Kent Christian spoke with WealthManagement.com about the unit’s recruiting, moving past the bank’s scandals and the recent social unrest. 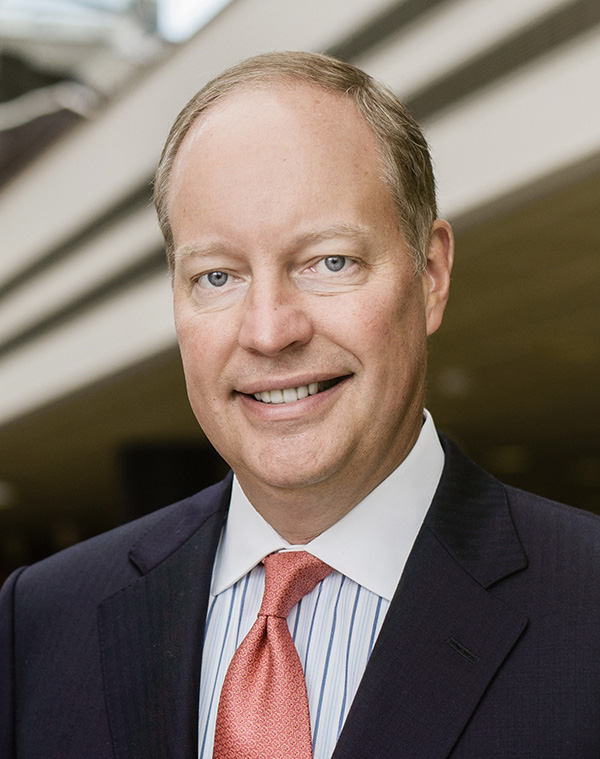 WealthManagement.com: How has your recruiting been over the past few months?

Kent Christian: The number of conversations we’ve had with prospective advisors across the country in the last four weeks was greater than we've had throughout the course of this year. It’s been quite active for us at our due diligence meetings, where advisors are checking us out and getting additional information. We will have a virtual meeting with prospective advisors soon. This will be one of the bigger meetings that we've had over the last year, virtual or in person.

The pandemic caused a short pause, but the momentum is now stronger than ever. Folks focused on their clients but have now had time to think about their business and whether or not independence would make sense for them. And if they felt like, ‘It's time for me to learn more,’ they've been very active and we've been thrilled with that and are seeing some really, really good momentum here throughout the year, but particularly here in the second quarter.

For advisors who are a W-2 employee at other firms, the last several months have really given them a confidence that, ‘Hey, I'd like to start my own business in the industry.’ We're in the right place at the right time in an industry where the demand for independence continues to pick up.

WM.com: What are you doing to make FiNet more attractive to incoming recruits?

KC: Advisors and their clients want to see an affiliation with a firm of scale, with access to everything, a strong capital position, access to balance sheet help and support. As an advisor, you also want to run your own business. You own it. You are in control of those client relationships. Most folks that join us were employee advisors before. This is often their first step into independence. They see a lot of things that are familiar from being at a big wirehouse. They don't want to give that up, but they also want a change in business model. They want that freedom and flexibility and autonomy that independence gives them. And we think we're at a really unique and special intersection of those two, those two fundamental aspects.

WM: How has the pandemic affected recruiting?

KC: If you're an advisor who's exploring your options, it’s all virtual now. Before it might have been hard without at least meeting people in person. Your ability to be effective at gathering information, you're going to have to do all of that on your own. The other thing that you need to think about is, when going independent, you have other decisions to make, right? Hiring staff, making decisions about real estate. Will you be renting, leasing, purchasing? The pandemic has elongated the time from initial exploration to actually launching your new practice.

WM: Do you encourage advisors from Wells Fargo Advisors to join FiNet?

KC: Wells Fargo Advisors is a culture of choice, with four different affiliation models. Regardless of the box, they have the ability to change channels if that makes sense down the line. That choice exists all the time. We don't recruit people from our other channels. We have internally published Q&As that we share with them, and structured, informational meetings so that they can ask questions and understand it.

They have an open and transparent way they can express their interest or explore it. Instead of them feeling like, ‘If I want to be independent, I'm going to have to leave Wells Fargo Advisors,’ they know they really don’t have to. They get to stay here. It's a very easy and seamless transition.

WM: What incentives specifically do you offer to get advisors, to attract their attention?

KC: We started a program called Finishing Well, featuring a series of white papers that we've put out into the marketplace, really just trying to exhibit some thought leadership as it relates to advisors. Are they thinking about the next phase of their business? Are they looking to grow organically? Are they looking to close that acquisition? Are they at a point where they actually see maybe wanting to sell their practice at some point in the future?

We’ve also done seminars around the country to show we are thinking in a creative and innovative way, that the firm can help you not just with thought leadership, but with access to capital for acquisitions. We can introduce sellers to potential qualified buyers and facilitate that. As part of the recruiting package, we do a profile of their practice, a qualified offer, a transition capital package that is very competitive. Someone can use that capital to help fund the business, the transition. We're very competitive, if not the leader. We have a lot of really seasoned people on the team.

WM: What has been the impact of the Wells Fargo fake account scandal on FiNet and your ability to retain and recruit advisors?

KC: We had a sales practice issue. It was a darker time in the company’s history. The good news is that it’s in the rearview mirror. It happened a number of years ago. There was a time, not immediately when it came to pass, but in the months afterwards, where it was a little tougher to recruit. People had some hesitation about, ‘Hey, is Wells Fargo the place for me? Is this the place for my clients?’

We’ve got a lot of very, very dedicated folks who work here and are affiliated with us, so we all had to work extra hard to make sure that we lead by example. Going back over the last 18 months, we’ve had some of the strongest recruiting across all the channels ever in our history. There’s still headlines from time to time, but it's mostly old news. Our new CEO, Charlie Scharf, came in aboard in the last half of last year, and he’s been a breath of fresh air. He made a really strong commitment to make sure that we put all of those issues behind us, learn from them, and we’re doing the best that we’ve ever done at making sure that we take care of clients.

WM: Describe the impact of the social unrest that started a few weeks ago in Minneapolis. What concrete steps have you taken to address it?

KC: It’s been a big moment. I believe that our country is beginning to value people more deeply. It’s difficult that it takes a tragedy to shine a brighter light on the situation. We have communicated that from a corporate perspective [via Wells Fargo CEO] Charlie Scharf. FiNet also talked about it internally. My leadership team met on that a couple of times to have what we've called ‘candid and courageous’ conversations where people aren't necessarily completely comfortable with that. At least they felt they did. After we had some of those, many of my colleagues have come back and said, ‘Hey, yeah, I hate that it happened this way, but I'm glad that we're able to have these kinds of conversations with each other in ways that maybe we never thought we could.’ So we're trying to learn from this. And we're trying to make sure that we're doing what we can to make sure that we're taking care of each other.