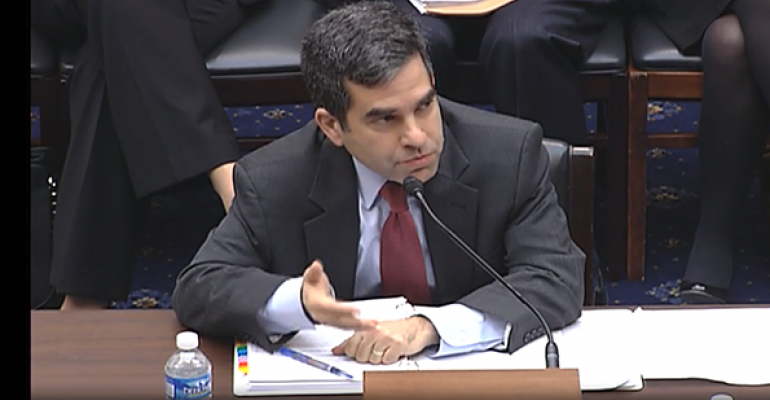 Andrew Ceresney is the seventh top official at the SEC to announce plans to depart since Donald Trump was elected president.

Andrew Ceresney, U.S. Securities and Exchange Commission's policeman of Wall Street, will be departing the agency at the end of December, joining other top officials who are leaving before Donald Trump is sworn in as president in January.

Until a permanent replacement is appointed, the SEC said in announcing the departure on Thursday, Ceresney's deputy director, Stephanie Avakian, will preside over the Enforcement Division.

Ceresney is now the seventh top official at the SEC to announce plans to depart since Donald Trump won the election in November.

Since then, the SEC has been hit with a wave of resignations that kicked off first with the announcement that SEC Chair Mary Jo White plans to step down at the end of the Obama administration.

Trump has yet to nominate a new SEC chairman, who in turn will be in charge of hiring division directors, including one for enforcement.

Trump is considering Debra Wong Yang, a former U.S. Attorney for the federal court district headquartered in Los Angeles, for the top SEC job. Other names that have been surfaced include former SEC Commissioner Paul Atkins and former SEC General Counsel Ralph Ferrara.

Ceresney joined the SEC in April 2013, after working closely with White as a partner at Debevoise & Plimpton and before that, as a federal prosecutor in New York's Southern District.

He has presided over the filing of nearly 3,000 enforcement actions in his time at the SEC, including the case against Barclays PLC (BARC.L) for making misrepresentations about its dark pool, a foreign bribery case against JP Morgan Chase & Co (JPM.N) in connection with its hiring practices and a major case involving hackers who broke into newswire services to steal corporate financial information that could be used to make profitable trades.

He was also instrumental in the development of a settlement policy that requires defendants in some instances to admit to wrongdoing - a departure from the typical practice of letting companies settle without admitting or denying any wrongdoing.