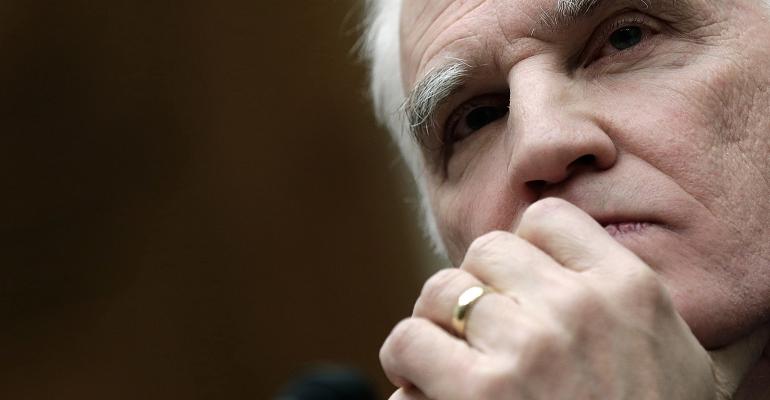 Daniel Tarullo, who had served at the Fed since 2009 and helped shape its response to the 2008-2009 financial crisis, said in a letter to Trump on Friday he would leave the central bank "on or around April 5."

(Reuters) The top Federal Reserve official charged with financial regulation said on Friday that he would resign, just a week after the new administration of President Donald Trump said it would undertake a review of what it sees as onerous bank rules.

Daniel Tarullo, who had served at the Fed since 2009 and helped shape its response to the 2008-2009 financial crisis, said in a letter to Trump on Friday he would leave the central bank "on or around April 5."

The new administration has already said it would appoint a new Fed governor charged with heading financial regulation, a post in which Tarullo was never formally confirmed. That person has not yet been named.

David Nason, a General Electric executive and former U.S. Treasury Department official, is the front runner for the regulation post, sources with the appointment process have told Reuters.

Both Tarullo and Federal Reserve Chair Janet Yellen have said the Dodd-Frank financial regulations, introduced in the wake of the 2008 crisis should not be watered down, saying they had reduced the risks in the financial system.

Besides crafting regulation, Tarullo also is a voter on interest rate policy and his voting record shows that he has tended towards caution on raising interest rates.