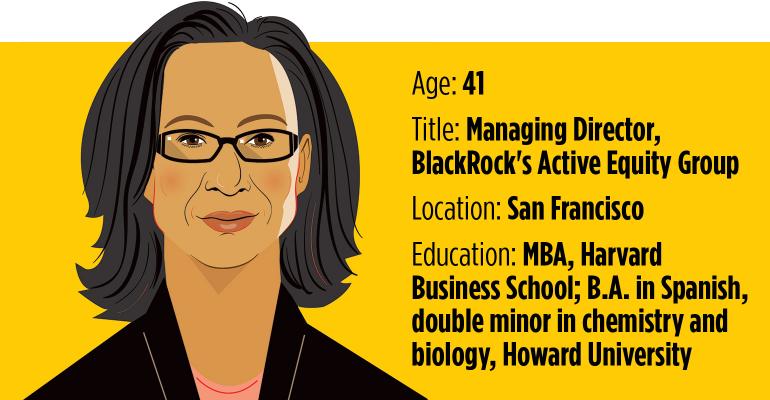 Asset managers have traditionally evaluated opportunities through a given set of financial lenses – things like price-earnings ratios, revenue growth and market share expansion.

But what if other factors, ones tied to changes in the environment or social structures, also affected the future performance of a given company? What does global warming mean for energy firms? What do corporate governance structures tell investors about its executives’ real priorities? Do firms with higher than average gender diversity in the boardroom have a competitive edge in the marketplace?

Many proponents of impact investing think these filters are as relevant, and predictive, as more traditional ones. But until recently, they’ve been the domain of niche boutiques. Nearly two-thirds of investment management firms say less than 10 percent of their assets would be considered SRI or impact-driven investments, according to Tiburon Strategic Advisors.

But the sea changed in February 2015 when BlackRock launched BlackRock Impact, a platform dedicated social or environmental screens for investors.

The move by the world’s largest asset manager “will bring the impact and SRI movement forward into the mainstream,” says Daniel Kern, chief investment strategist of TFC Financial Management in Boston. “There’s an awful lot of high quality social advocacy work being done in the SRI community, but the investment quality doesn’t match the quality of the social values work. Having a firm like BlackRock really take this seriously I think will raise the bar for everybody.”

BlackRock hired former Robin Hood Foundation president Deborah Winshel to be the public face of the effort. But the strategy and mechanics of BlackRock’s “Scientific Active Equity” business are being run by managing director Debbie McCoy, a graduate of Harvard’s business school who spent time as a consultant with Bain & Co. as well as running global operations for Citigroup.

The team – including data scientists, analysts and even a former NASA employee - takes a quantitative approach to evaluating 8,000 companies daily across three impact areas-health, the environment and corporate citizenship.

Blackrock seeded the fund last year with $20 million. McCoy says her team spent the majority of their first year going through the due diligence to get on the platforms of the large brokerages – it’s currently available on two, with more to come, she says.

Her first job as a teenager was building latrines and teaching public health in rural villages in Mexico. Later she worked as a consultant with Bain & Co. and then ran operations globally for Citigroup. From 2013 to 2014, she served as a non-partisan, presidentially appointed White House fellow at the Department of State. She worked at Stanford University consulting with its endowment manager and co-taught a finance class in the business school as director of the Stanford Institute for Innovation in Developing Economies.

McCoy says she was attracted to the job at BlackRock because of the firm’s potential to bring the ideas of impact investing to the mainstream.

“I do think that BlackRock is poised to help get sustainability into the mainstream, and in a way where we're always talking about financial returns and sustainability at the same time,” she says.