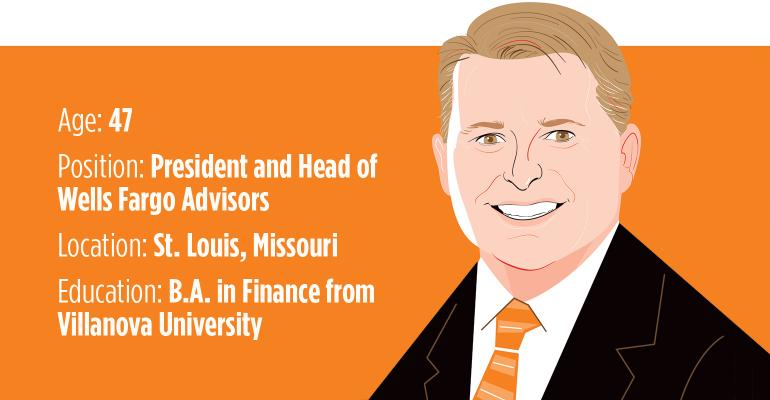 Succession can be a daunting prospect for any advisor. Few organizations are feeling this reality more acutely right now than Wells Fargo Advisors—the nation’s third largest brokerage with roughly $1.5 trillion in client assets—which, in addition to all of the well-publicized upheaval occurring at its parent bank, is going through its own leadership transition.

In August, David Kowach was named new president and head of WFA, replacing Mary Mack, who has moved on to head Wells’ community banking business.

Kowach is a 25-year veteran of the financial services industry and has spent the majority of his career with Wells Fargo, which immediately differentiates him from his predecessor, who came over as part of the Wachovia merger roughly a decade ago. He was previously head of WFA’s Private Client Group, managing nearly 11,000 advisors working out of the brokergage’s branch network. In that and previous roles, Kowach has focused largely on recruitment, retention and growth. He plans to continue applying that employee-focused approach in his new position.

“Since I took over my new role in August, I’ve been spending as much time as I can listening and talking to folks in the branches, hubs and home office to better understand what’s working and what we can do to make our company stronger.” Kowach said in an interview.

Kowach has a different set of challenges than his predecessor faced when she stepped into the role. There is a trickle-down effect of ill-will towards Wells Fargo as a whole because of the recent scandals at the bank and the resignation of CEO John Stumpf – the continued fallout from the crisis continues to play out in ways no one can predict. Regulators likely will increase scrutiny of the firm.  Then there is the uncertainty facing the entire industry as a result of the impending Dept. of Labor fiduciary rule (Wells Fargo’s Wealth and Investment Management division reported $380 billion in IRA assets as of the most recent quarter, up 10 percent from the year prior). WFA is also reportedly working on its own robo platform for early 2017, following the recent relaunch of its own self-directed trading portal Wells Direct. Additionally, WFA last year began more actively pursuing high-net-worth clients with its recruitment of a number of private bankers from Credit Suisse when it sold off its U.S.-based brokerage business, a coup in which Kowach played a major role.

When asked about how he plans to tackle these challenges, Kowach says only that “we want to continue focusing on taking care of clients, as well as looking at future business and managing risk.”