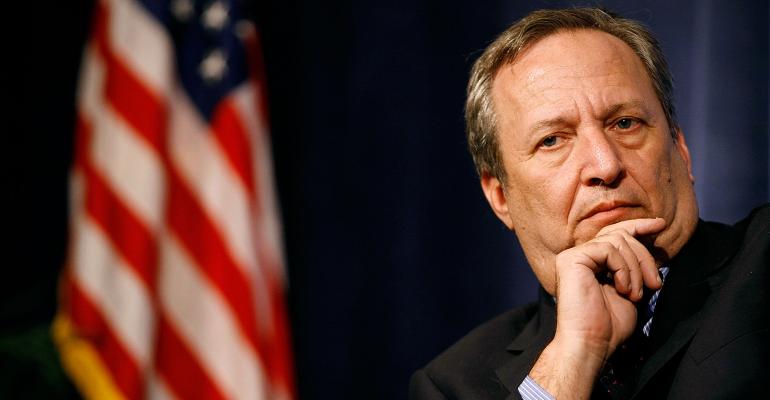 The Harvard professor, a Democrat who was Treasury chief under Bill Clinton, cited the possibility of protectionist measures by the U.S. as well as changes to foreign policy and domestic social policy as issues that are creating “extraordinary uncertainty.”

With just over two weeks to go before Trump’s inauguration on Jan. 20, the S&P 500 is close to a record high, having risen almost 10 percent in 2016 on optimism over fiscal stimulus and stronger economic growth. While the Dow Jones Industrial Average has struggled to close at the 20,000 level, it rose 13 percent last year.

“This is probably the largest transition ideologically and in terms of substantive policy that we’ve seen in the U.S. in the last three quarters of a century,” Summers told Tom Keene in a Bloomberg Television interview Tuesday. “Those kinds of transitions have to be -- given the central role of the U.S. in the global system -- matters of enormous uncertainty. I don’t think that’s fully recognized by markets.”

“The Navarro-Ross paper is well beyond voodoo economics,” Summers said of the September report on Trump’s growth plans. “The logic of it, the arguments made, are so far out of the mainstream of any kind of responsible economic thinking that they are the economic equivalent of creationism.”

Summers dismissed the idea that any tax policy introduced to encourage U.S. companies to repatriate profits would boost investment and hiring.

“The vast majority of the companies who have large overseas cash also have substantial amounts of domestic cash,” he said. “The reality is that cash that is brought home will be used to pay dividends, to buy back shares, to engage in mergers and acquisitions, to rearrange the financial chessboard, not to invest in large amounts of new capital. It is a chimera to suppose that there will be large increases in capital investment as a consequence of that repatriation.”