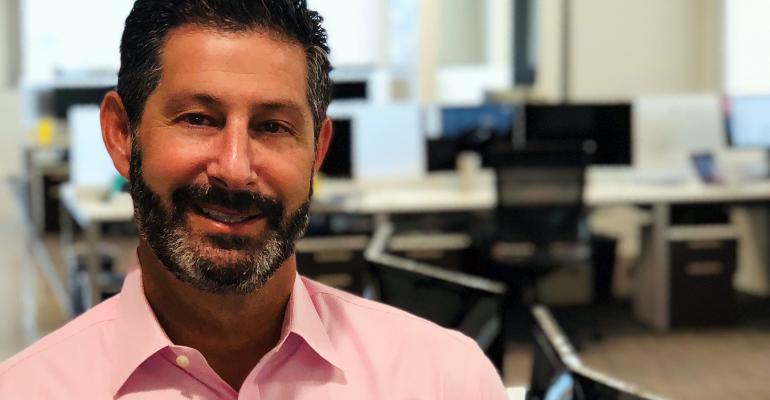 AdvicePeriod’s Steve Lockshin was an early investor in Betterment. That opened the door for him to make more investments in fintech firms in the advisor space.

Steve Lockshin’s first investment in the wealthtech space started with a LinkedIn message.

He had read about robo advisor Betterment, and connected with its CEO Jon Stein on LinkedIn. The two met in person, and very quickly, acting more from instinct than analysis, Lockshin became an early investor in the startup in 2012.

“It’s still one of the largest checks that I’ve written for a venture investment, but more importantly, I did limited due diligence,” Lockshin says. “I just thought, ‘You know what? Our industry is due for a change, this could really disrupt the industry.’”

“If it did disrupt the industry, I would want to have a hedge. But more importantly, I thought the industry needed something like that, and I immediately saw how it could improve what we do for clients, and overall just level the playing field for consumers.”

From there, it was a domino effect, Lockshin was soon introduced to other people in the fintech space, including Lowell Putnam, CEO of Quovo and Hussain Zaidi, CEO of Advizr. He invested in these companies, as well as Wealthbox CRM and FeeX. This is in addition to running AdvicePeriod, his technology-centric, Los Angeles-based wealth management firm.

This is one of a series of profiles on the RIA principals serving as both gatekeepers and early-stage investors for tech startups with the potential to transform the advice industry.

“He has great relationships—to my knowledge—across the industry, and when people take his money as an investor, one of the things they want is his insight and expertise,” says Charles Goldman, president and CEO of AssetMark. “And I think he’s been successful at doing that.”

By all accounts, Lockshin was a primary driver behind Betterment’s move into the advisor space. Early on, Stein’s firm had little regard of flesh-and-blood advisors (remember the notorious blog post with the advisor’s head on the pig?) In 2014, Lockshin convinced Stein to launch Betterment Institutional, later rebranded Betterment for Advisors.

“We pushed them and said, ‘Hey, this is how this could be adopted, this is how this should be done, this is why it makes sense, and this is the way to get large dollars, because advisors obviously are a distribution source,’” Lockshin says.

In fall 2014, Betterment made a deal with Fidelity to distribute the technology to its RIAs. Now, Betterment’s advisor business is approaching $1 billion in assets, according to a source familiar with the company.

Lockshin has since sold most of his interest in Betterment. He got in when the company’s market cap was at about $17.5 million, and he cashed out when it was at about $1.1 billion, “so it was a good return.”

He recognized that the window of being early on this technology had started to close, as nearly every major institution has since introduced a robo advisor service of their own. And when he saw the company spending big bucks on advertising during the NCAA Men’s Division I National Championship Basketball Game in April 2015, alongside Schwab, that was a sign that client acquisition was getting to be too expensive.

These days, Lockshin remains focused on his other investments. He invested a significant amount in Quovo, the account aggregation startup, during its Series-B funding round, along with study group partners Ron Carson and Marty Bicknell. He invested in Advizr, the financial planning software, during a pre-Series-A round, as well as a follow-on. He’s on the board of advisors at both companies.

“Usually it’s one of three things that I’ll get a call for,” Lockshin says. “One is, ‘Hey, can you connect me with such-and-such?’ So, who knows who in the industry ... The second is just product design. ‘Can we use this? What do you think people would pay for that? How should we do this?’”

The third is strategy. “As the companies start to succeed—and so far, all have done fairly well—they get big enough where the client base starts to drive what the next decisions are, as opposed to the early stage advisors. It ends up being far more about connecting folks and making strategic decisions.”

Are these companies profitable? Lockshin says he would be upset if they were.

“All of these companies have real revenue and very nice year over year growth,” he says. “Then they’re reinvesting those to grow out the business and create better and better products. I think if they were profitable that would be a problem. It means they stopped growing and developing.”

As far as whether his investments are paying off, “you never know until you exit, right?”

“I will admit to being way luckier than smart, so hopping on the fintech bandwagon when I did so far has worked out. We’ll see if it turns.”