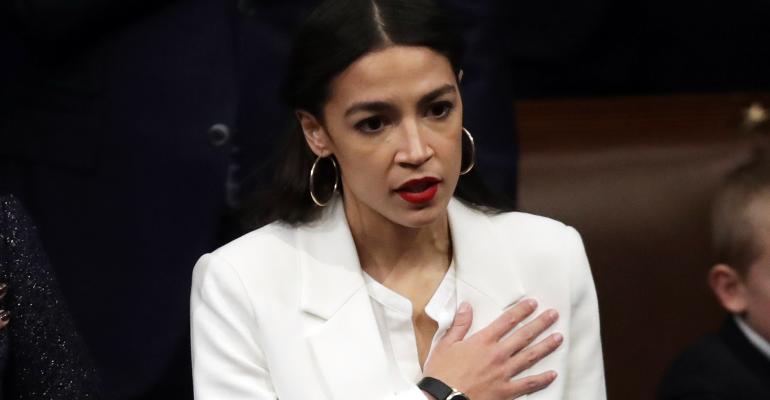 That should “worry” the markets, according to at least one veteran observer of Washington and Wall Street. Greg Valliere, chief global strategist at Horizon Investments, said that while the appointment is not an “imminent” threat to the markets, “Ocasio-Cortez can ‘make life miserable for industry execs with endless hearings.’” In addition, he referred to a recent Hill-HarrisX poll which shows that 59 percent of Americans are in favor of her proposal to raise the marginal rate for the wealthy. Even 45 percent of GOP voters say they favored the idea. Valliere says her tax agenda would add to the federal deficit, already projected to approach $1 trillion in 2019.

“The era of tax reductions is over; the challenge for conservatives is to simply keep the existing Trump tax cuts in place during the next decade,” Valliere wrote in his note.

“The seeming rejection of capitalism by young people is something to take very seriously,” he says. “As for Ocasio-Cortez, she’s a brash New Yorker, skilled at self-promotion, with a modest understanding of how government works—and a passionate base of supporters,” he wrote. “Sound familiar?”