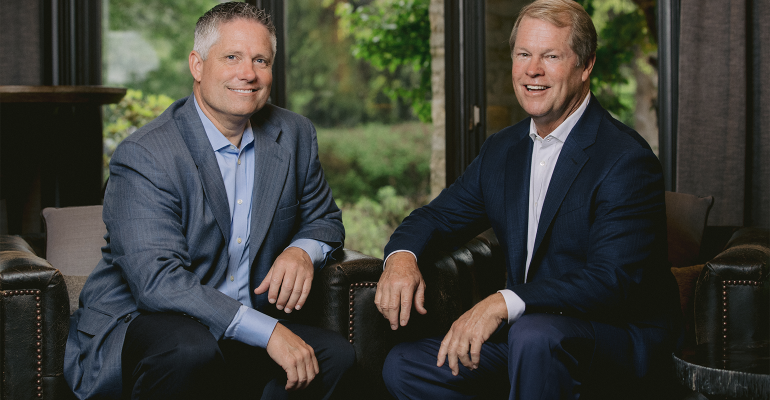 Sequoia Financial’s latest acquisition increases its AUM to $7B.

Out of the six RIA acquisitions Sequoia has made in its 30-year history, Wealthstone is its largest. The Columbus, Ohio–based firm brings $1.4 billion in assets under management to Sequoia, which had $5.75 billion in AUM at the end of March and raises its aggregate client assets to more than $7 billion.

The transaction will be in cash and equity—made possible by its private equity investor Kudu Investment Management. Four of Wealthstone’s shareholders have rolled their ownership into Sequoia, joining 24 others.

For Wealthstone, established in 1977, the acquisition allows it to scale its services for its growing client base. Norm Cook, president and CEO of Wealthstone, said the firm doubled in size over the past two years and it was faced with the decision to either build the type of platform it needed or partner with a firm that could expand its capabilities.

“We have had a long relationship with Tom [Haught, Sequoia’s president and CEO] and members of Sequoia and knew that the capabilities and expertise that Sequoia brought to their clients were the same resources and capabilities that we wanted for our clients,” said Cook.

Sequoia, founded in 1991, saw aspects of Wealthstone that matched their operations such as asset management, wealth management, financial planning and tax-efficient portfolios.

“Our deliverable to the client is fairly consistent,” Haught said. “They also have a very strong investment team. Some of their team has a real deep expertise in alternatives, as an example, and that will help us continue to offer those alternatives across the broader platform.”

The Wealthstone investment team of six will merge with Sequoia’s eight-member group for a total of 14 full-time professionals. Haught said there were three Sequoia advisors that assisted the investment team, and they will now have more time to work with their clients.

David DeVoe, founder of consulting firm and investment bank DeVoe & Company, which supported Wealthstone in the transaction, said Sequoia is becoming a “META-RIA–a short list of about 25 major firms that will shape the RIA industry over the next five years” and added that its latest acquisition cements its position as a leading Midwest wealth management firm.

Brian Lauzon, managing director of consulting firm InCap Group, said, “Wealthstone’s client base is predominantly high-net-worth individuals (as compared with Sequoia, which has a much smaller average client size). So, the service model, offerings and capabilities that Wealthstone would bring to the organization could be a compelling enhancement to Sequoia’s platform.”

Sequoia’s last acquisition was LJPR Financial Advisors in Troy, Mich., which closed in January 2019. From its five previous acquisitions, the firm has added approximately $1.3 billion in AUM. Employee-owned Sequoia sold a minority stake to Kudu Investment Management in July 2020.