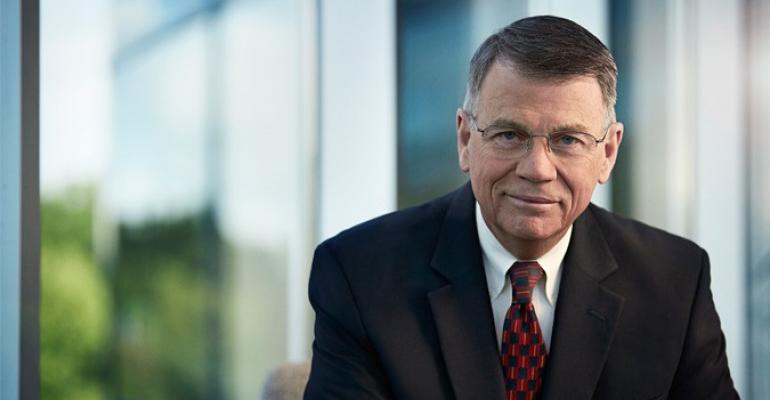 Scottrade’s Riney Becomes a Billionaire as Firm Shops for Buyer

(Bloomberg) -- Making trades for seven bucks each has made Rodger Riney a billionaire.

Scottrade Financial Services, Inc., the discount brokerage Riney co-founded in 1980, hired an adviser to help sell the firm for about $4 billion, people familiar with the matter said last week. Riney’s 75 percent stake is valued at $2.2 billion by the Bloomberg Billionaires Index, based on the midpoint between the company’s stated book value of $1.8 billion and the potential $4 billion sale price.

His ownership interest is based on disclosures to the Securities and Exchange Commission, the Federal Reserve and the Missouri Secretary of State that show the primary shareholders to be Riney family trusts he controls. The filings don’t indicate any non-family owners in the Town and Country, Missouri-based brokerage.

Representatives at Scottrade didn’t respond to a phone call and requests for comment sent by e-mail.

The Missouri native co-founded Scottrade in Scottsdale, Arizona in 1980 and bought out his business partner five years later, according to the company’s 2010 annual report. He introduced online $7 trades in 1998, and has kept the base price for trading steady ever since. The company announced last year that he was undergoing treatment for multiple myeloma, a form of blood cancer.

The proposed sale has drawn interest from competitor TD Ameritrade Holding Corp., according to the people familiar with the matter. Scottrade, which files limited financial information to regulators, probably has less revenue than publicly traded TD Ameritrade and E*Trade Financial Corp., said David Ritter, a brokerage analyst with Bloomberg Intelligence.

"It’s critically important to have capital to invest in new technology," Ritter said in a phone call. "It’s a constant race for speed, execution and tools for the active trader. The online brokerage industry faces slowing revenue growth and pressure to add faster technology for more profitable futures and options trades."