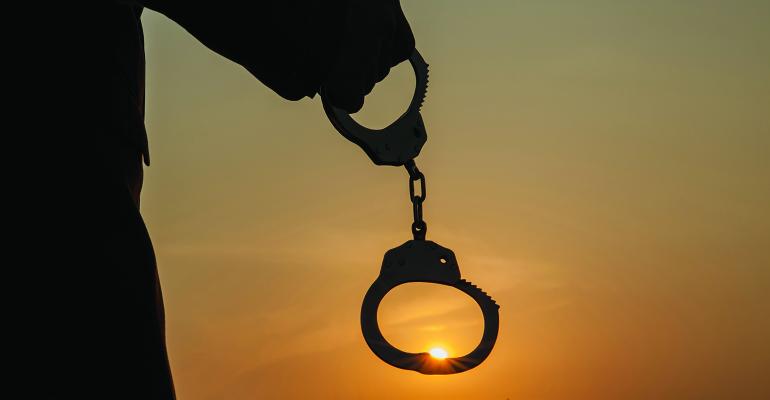 A&O Advisors helps exonerees who have won substantial civil settlements for the injustices they suffered build a financially secure future after years in prison.

Pretend you’ve been convicted of a terrible murder you didn’t commit. You’re innocent, but that’s just a detail. The verdict is guilty. The judge sentences you to 85 years in prison. After languishing 19 years behind bars, a DNA test reveals the identity of the actual perpetrator. You are exonerated and walk out of prison to a world you don’t recognize. Eventually, but not right away, the state coughs up about $8 million to compensate you for the injustice you suffered. Now what?

This is the story of Jonathan Barr—ex-inmate, innocent, fully exonerated recipient of a multi-million-dollar settlement for unjust imprisonment—and Oliver Kupe, principal of a financial advisory firm with a unique niche: helping exonerated inmates with sudden financial windfalls but little experience with managing money build a sustainable financial life after prison.

There is increasing demand for exoneree advising. With the advent of DNA testing, there have been more than 2,500 exonerations in the United States since 1989, according to a national registry maintained by three universities. More than half of those cases involved allegations of official misconduct. Kupe’s firm is now working with about a dozen such exonerees around the country.

Barr and four co-defendants—known collectively as the Dixmoor Five—were wrongly convicted of the 1992 rape and murder of a 14-year-old girl in Dixmoor, a town south of Chicago. It was only after Barr served 19 years behind bars that DNA testing identified the true offender.

In 2011, Barr was freed and exonerated. When the Circuit Court granted Barr a certificate of innocence, it qualified him for $200,000 in compensation under the Illinois Court of Claims Act. In 2014, the Illinois State Police settled civil rights cases brought on behalf of the Dixmoor Five for a record $40 million.

When Barr stepped out of the prison gates, he confronted a world totally different from the one he had left in 1992. “I didn’t know anything about cellphones; when I went in all they had were pagers,” Barr said. “When I was released, I had no knowledge of how money worked. I had no credit history. No identification. No Social Security card. No driver’s license. I had never written a check or filed an income tax return,” he says. “I didn’t know what anything cost.” 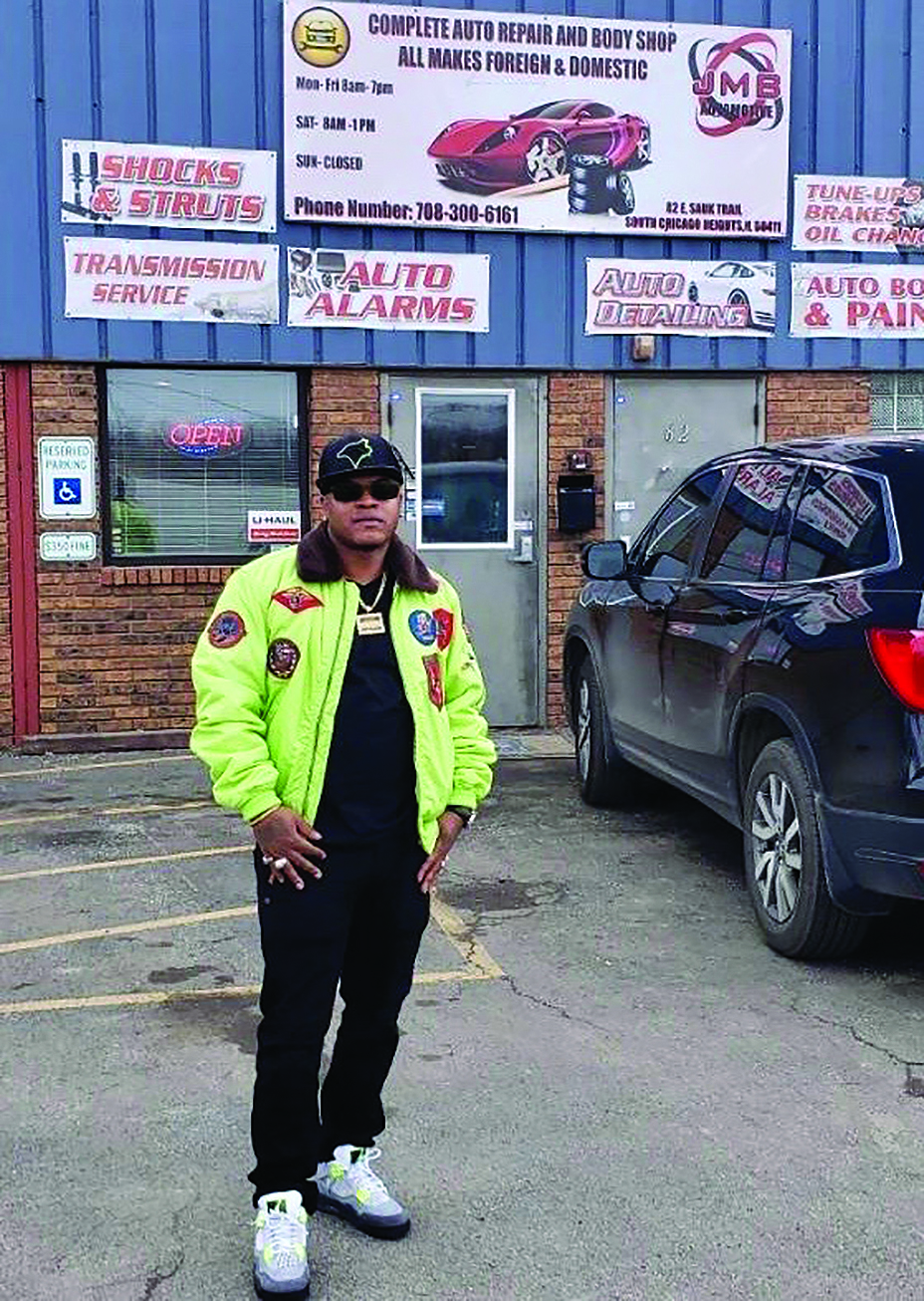 Barr grew up in Dixmoor, not poor but certainly without money skills. “When I was a teen, my dad gave me a weekly allowance of $10,” Barr recalled. “The advice he gave me was, ‘Spend it sparely’; I didn’t realize the wisdom of this advice until much later.”

Barr credits much of his successful adjustment to life after exoneration—he now has a family and owns a home and a car repair business in Chicago—to the special advice and guidance he received from Kupe and his team.

Not Your Typical Advisory

Overseeing assets of more than $90 million, A&O Advisors is not your typical advisory. When was the last time you accompanied a client to the apartment leasing agent to explain why the applicant has no credit rating? Or taken a client to the bank so he could open his first ever checking account? Or to the DMV, so he could obtain a driver’s license? Or to the car dealer so he could buy a car without being ripped off?

Kupe, president and co-founder of A&O Advisors, has done all of that. “It’s what’s required to serve a group of clients who have overcome the most extraordinary injustices an individual can face,” Kupe says, adding that his team is determined to protect the newfound wealth of the exonerees and help them find a foothold in a world many of them barely recognize.

The value A&O Advisors delivers is as much from life management skills and planning as investment advice and portfolio management. “It’s hard to imagine a set of clients more vulnerable and more in need of basic life management advice,” he notes.

“It’s always humbling to meet with exonerees,” Kupe says. “We get some information from caseworkers and attorneys, but the first goal is to establish trust with the client himself.”

Kupe met Barr at a Starbucks, where they talked for four hours. Later, Kupe sat down with Barr’s family. Only after he was thus vetted by the few people Barr trusted did Barr sign on. Kupe understood that building trust is a very gradual process with people so damaged by the system. 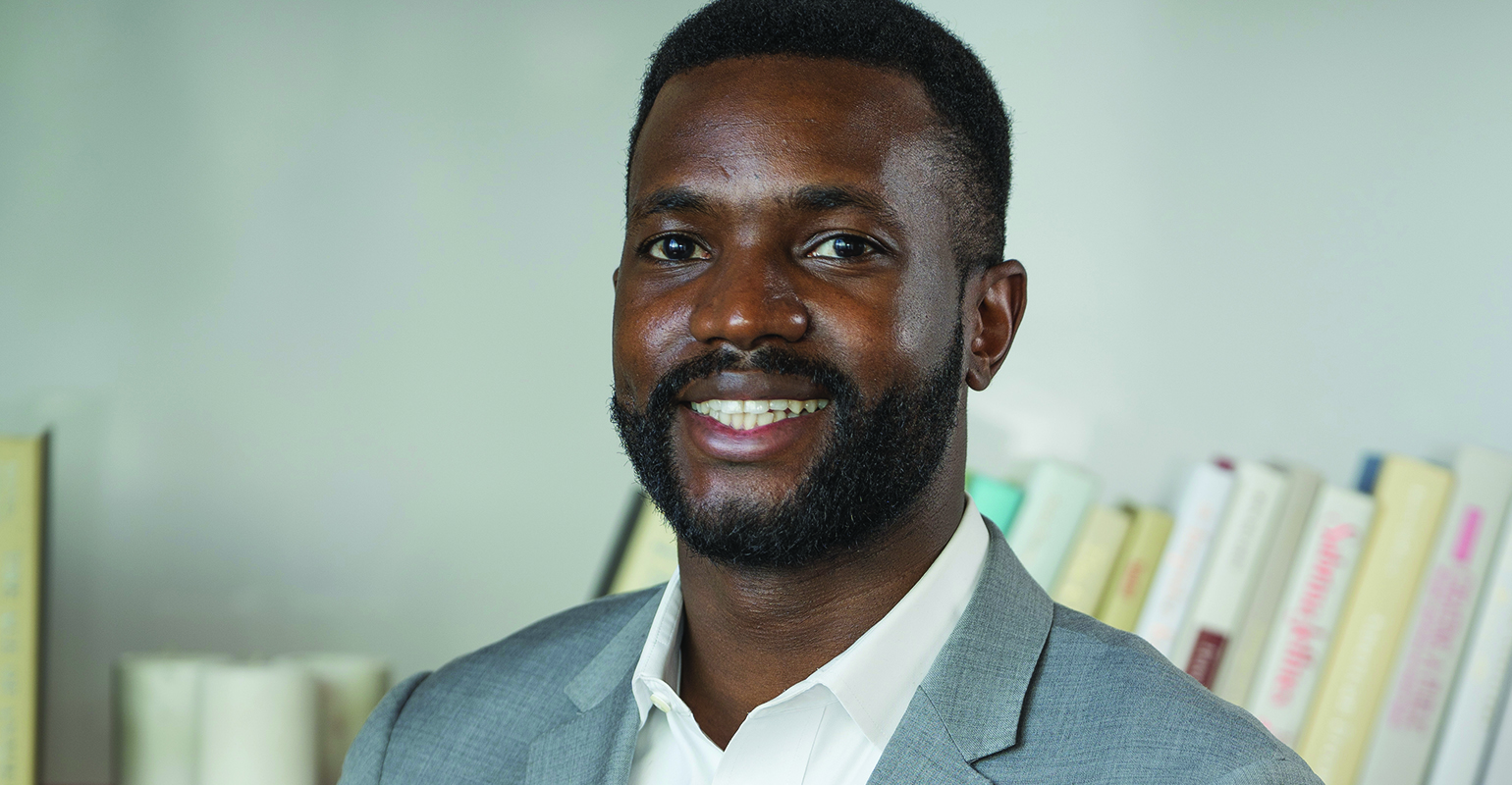 Battling the Bureaucracy, But Not Alone

A team set up at A&O Advisors took responsibility for walking Barr and other exoneree clients through all the administrative necessities not an issue for conventional clients. With no documents, obtaining a state identification card was particularly difficult. “It almost required the governor to come down and take the photograph himself!” Barr laughs.

Opening a business or getting life insurance without a credit history, medical records or tax returns was daunting. A&O’s support team made sure Barr didn’t have to battle the bureaucracy alone. “A&O Advisors helped me live my life productively. I’m not sure I could have made it without them,” Barr notes.

When he first got out of prison, Barr worked for a company installing solar panels. His dream was to own his own business. With A&O’s help, Barr purchased an auto repair business with the proceeds of a litigation settlement loan that A&O Advisors arranged. Barr didn’t have to deal with a car salesman by himself when he bought his first car, a used Pontiac Grand Prix. For a man who’d never set foot inside a bank, he now has multiple accounts with Bank of America, including a daily account for personal needs, an account for paying bills and an investment account.

Just about the time Barr was being released from prison, Kupe joined Merrill Lynch as a financial advisor. Kupe grew up in Detroit but was born and raised in Luxembourg by Congolese parents who worked for General Motors in Europe. He attended Northwestern University in Evanston, Ill., and graduated with a degree in economics before starting his advisory career at Merrill Lynch. In 2018, he co-founded A&O Advisors, an investment advisory firm owned by a team made up of minorities and women.

It was through his connections with the Center on Wrongful Convictions that Kupe heard about the Dixmoor Five and Jonathan Barr. Barr became A&O Advisors’ first exoneree client. Today, it is working with 12 individuals from around the U.S.; half have received settlements, and half are still waiting for payment. For the latter set of clients, A&O Advisors helps negotiate litigation settlement loans to bridge them through settlement.

Perhaps the biggest service A&O Advisors provides is to be the buffer between the exoneree and the friends, family members and hangers-on who inevitably show up with demands for loans, investment opportunities and handouts. “Oliver gave me a piece of knowledge,” Barr says. “‘If anyone comes around with a request that makes you uncomfortable, just send them to me.’”

“We had to play a lot of defense,” says Kupe.

Supporting these clients requires a considerable support staff and a different approach to compensation. At first, like most RIAs, A&O Advisors charged a percentage of assets under management.

But it quickly came to understand that it was in fact undercharging given the level of time and hand-holding this client population required. “A typical exoneree client takes more time than 30 normal clients,” Kupe says. In response, A&O Advisors implemented a financial planning fee. For a typical $5 million portfolio, it charges $12,500 per quarter. It waives other fees.

“The most important part of onboarding these clients is to get introduced pre-settlement, as early in the process as possible,” Kupe notes. “The first task is to make sure that basic living needs are funded.”

A&O Advisors next develops a plan to bridge the clients to settlement, co-signing the loans, if necessary. Creating a budget and financial plan is the next requirement. It makes sense to base the budgets on planning found effective for retirees, because few of the clients can be expected to generate significant earned income. In this regard, Barr is a happy exception.

The cash settlements are certainly welcome. It’s a gesture of the state taking responsibility for the injustice perpetrated in its name. In Barr’s case, it compensates the client for 19 years of loss of liberty and lost wages. But Kupe says it’s not a panacea. “Yes, they have a big pile of money at the end, but that will never heal the wounds they received,” he says. “My goal is to give them a shot at enjoying the world as much as possible with the means they have been given.”

When the settlement is awarded, the task shifts to investing the proceeds considering the unique lifestyle needs of each client. Much depends on the client’s age, number of family, dependents and whether they want to buy a home or start a business. Typically, the investment portfolio involves an immediate structured annuity in combination with investments based on liquidity needs and risk tolerance. A&O Advisors uses third-party managers for investment decisions.

A small portion of each portfolio is reserved for alternative investments. Many of its clients came into settlements at the top of a bull market. A&O Advisors sought more diversification within alternatives for the potential alpha not readily available from equities.

“We knew the upside opportunity of such angel-funded deals could change the lives of our clients even more than the settlement itself,” Kupe says. The challenge was to get access to the deal flow featuring the most promising Silicon Valley startups.

Working with Angels Three Zero, a San Jose, Calif.–based company that customizes client investments based upon investors’ interests and investment criteria, A&O Advisors got clients invested in three startups. “These investments provide diversification and, if successful, can provide outsize returns that will provide the families of the exonerees lasting wealth,” Kupe says.

“I believe that for the exonerees, their journey and suffering require a certain amount of spending,” Kupe says. “It’s not for me to say what level of spending is correct. I accept that they need freedom to spend, or even overspend, a small percentage [of the settlements] because of the ordeal they went through.”

A&O sets clients up in a financial ecosystem: mortgage lenders, custodians and tax consultants, all of whom understand their backgrounds. “At the same time, we do not want to make the exonerees completely dependent on us,” Kupe says. “They have to be at first, by necessity, but we want them to stand on their own feet as quickly as possible.”

At some point, most clients move into a more mature phase of their post-prison life. They have eliminated the fat in the budget; the hangers-on have moved on; they have bought a home and are enjoying a stable lifestyle; they are comfortable with banks and basic financial skills.

That process takes two to three years. “That’s what’s required to build confidence in the clients that they will not be betrayed or further victimized,” Kupe says. At a certain point, they convert to become one of A&O Advisors’ conventional clients.

The first rule working with exoneree clients, Kupe says, is not to have any judgments at all. “My No. 1 job is to help them pick up the pieces and assist them in stepping into a world that they don’t recognize; a world that unfairly threw them in a cage. These men have been betrayed in the most fundamental way a society based on laws can betray an individual,” he says. “I feel I owe it to my clients to help them pick up the pieces of their lives and reenter a world that utterly rejected them.”