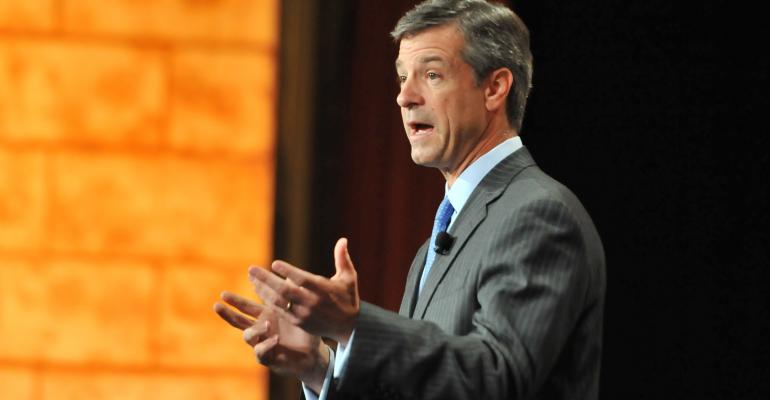 Scott Curtis, the president of Raymond James Financial Services, was tapped to oversee all of the firm’s domestic advisory business.

Raymond James shuffled executive ranks in the wake of the retirement of COO Dennis Zank.

The PCG that Curtis will oversee includes more than 7,300 employees and independent financial advisors and brought in more than $4.4 billion in revenue in 2017, 69 percent of the company’s total. It also had the second-highest return on equity of all the company’s business lines last year at 12.2 percent, the firm said.

Raymond James Chairman and CEO Paul Reilly said in a statement Thursday that Jodi Perry, the national director of Raymond James Financial Services, is also taking on a new role. She will replace Curtis as president of the Independent Contractor Division, effective immediately, and will continue to report to him.

Elwyn, who has been president of RJA PCG since January 2012, began his career at Raymond James in 1993 as a financial advisor trainee. He became an assistant branch manager in Atlanta and then branch manager in Chattanooga. In addition to his current role, he’ll take on additional regulatory oversight and reporting responsibilities as the CEO of Raymond James & Associates’ broker/dealer.

The appointments help fill the role of Dennis Zank, the company’s chief operating officer and one of the former leaders of the group, who said in April he planned to retire from the company on Sept. 30.