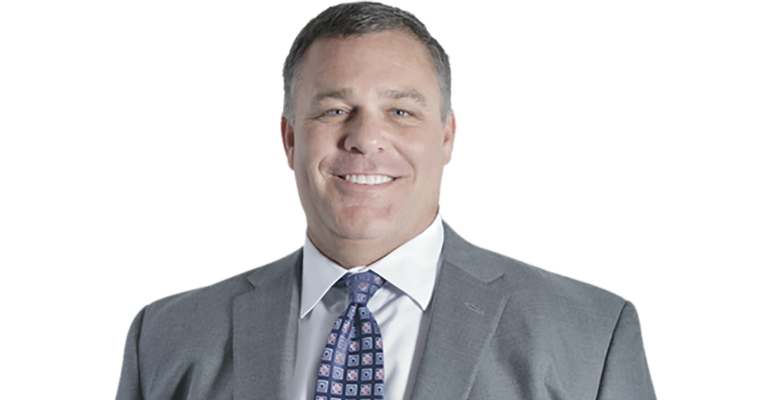 The Sanctuary Wealth founder and CEO shares his firm's plans for the New York office, the Azimut investment, the possibility of adding Goldman Sachs as a custodian and international opportunities.

Jim Dickson, a 20-year veteran of Merrill Lynch, left the wirehouse in 2018 to create Sanctuary Wealth, a support platform for breakaway advisors. Sanctuary is one of the fastest-growing platforms in the RIA space, with more than $16.5 billion in assets; this year alone, the firm will bring in about $10 billion in recruited assets, Dickson says, taking it over the $20 billion threshold by the end of the year.

2021 has been a busy year for Sanctuary; it raised $50 million through European-based asset manager Azimut Group, which took a majority stake in the firm. The firm launched a new division aimed at serving international clients, particularly those in Latin America, and opened a new office in Miami to accelerate that growth. It has even had some success recruiting advisors out of Wells Fargo, which shuttered its international business at the beginning of the year.

And in its latest recruitment coup, Sanctuary announced last week the hire of Paul Sullivan, a longtime Merrill Lynch exec, as a managing director, who will be responsible for opening Sanctuary’s first New York office later this year.

WealthManagement.com recently caught up with Dickson, who discussed plans for the New York office, the Azimut investment, the possibility of adding Goldman Sachs as a custodian and opportunities in the international business.

WealthManagement.com: What was the impetus behind Sullivan’s hire and buildout of the New York office?

Jim Dickson: The truth was we were having incredible success throughout the United States, but our success was a little bit slower in New York, so I wanted to understand why. As we started to look at it, I think what we learned is every market is different, and in New York it's really important to have boots on the ground, for numerous reasons, but I think the one that's most important is: real estate is super expensive.

And what potential partner firms want is, they want you to have a presence, so that they can use your offices to meet with clients in Midtown without them having to have real estate there.

We think this addition really accelerates us. We've got some wins that are forthcoming over the next months and weeks here. The other part of it is, let's just be honest, New York is the hub of the financial services world. And so if we want to be a global player, as we do, we needed to have a presence there.

JD: We figured out there were three things that advisors wanted. First, they wanted to be independent but not alone. Really what that means is they wanted a place where it was easy to do business, where it felt like a wirehouse, but with a lot more freedom and flexibility to show their clients truly open architecture across the independent spectrum. That's what we've built.

The second thing which is really, I think, parallel to our expansion of our scale, is advisors also wanted boutique solutions. They felt like what they were being offered at the wirehouses was cookie cutter. "Here's what works for 10,000 advisors." What we focused on is creating boutique high-end alternative solutions, and things like alternative investments, investment models, insurance, estate planning and private investments. I think the big attraction to us is building out these satellite businesses around the core wealth business, with things like private investments and alternatives that they could never have access to at the large wirehouses. But they really want it.

And then I think the third part of the model is using our scale, and by the end of the year we'll be at around $20 billion, to drive their costs down so that they're more profitable.

You're seeing a lot of people copy our model. Look at what Steward Partners did, which was really switch from a one-custodian model to an open-custodian model, which was honestly a duplication of what we did. You've also seen LPL come into the space.

I think that confirms to us that we've built the right model, and now we're just trying to make it better.

WM: How has the Azimut acquisition benefited Sanctuary?

JD: We announced it in November of last year and closed it in February of this year—a $50 million investment from Azimut, which is a publicly traded asset manager in Europe.

They're a great partner and give us a lot of flexibility and future growth. But they also bring some investment management acumen that allows us to build out our alternative investments platform, much quicker and much more cheaply than if we do it on our own.

The unique thing about Sanctuary is we're not yet huge like a wirehouse, so there are an awful lot of investments that you could never do at a wirehouse. Because, honestly, they're only trying to raise $50 or $100 or $200 million. That's perfect for Sanctuary. We can accommodate those smaller raises.

WM: Have you guys thought about, or have you already acquired, any RIAs?

JD: I envisioned Sanctuary from day one as a three-act play. The first act, which we've had incredible success on, was to build a nationwide network of breakaways.

The purpose of building out that network is so we can get to act two of the play, which is to make acquisitions in the RIA market in conjunction with our partner firm.

Sanctuary provides the capital and our partner firms run the business. Because what's happening today, and it's a huge opportunity that we're absolutely capitalizing on, is that there's a lot of RIAs out there that don't have a succession plan. By building out this nationwide network of best-in-class advisors on our platform, we can then plug them in to run these businesses as a succession solution in their local end market. We've done about three of those.

And then the third act of the play is building out these satellite businesses to support the wealth platform. That's things like alternative investments, ETF models, insurance, mortgage solutions, etc. We want to build them ourselves so we can control the service experience.

WM: In other words, those are subacquisitions?

JD: I'd call them joint acquisitions. What we do is we use our capital and we use their expertise and obviously their work on these clients, and we'll own 50%, they'll own 50%, we'll own 60%, they'll own 40%. It's not a subacquisition in the sense that we actually have a joint stake in the combined entities, versus them owning it and we just serve it. We actually own part of it.

JD: We're custodial agnostic. We do business with Fidelity, Pershing, TD and Schwab, and in the future, we'll add Goldman. We just want to make sure that they're ready, because it's still a little early in our opinion for what they're building.

A lot of people don't do the custodial agnostic model because it's expensive, and it requires a lot of wiring and plumbing, but we've built that. The most important thing is, at least in our view, the wealth management business of the future. Our advisor can sit down with the client and say, "Where's the best solution?" And they can go get it, they have no restriction.

And right now the wirehouses, as you know, if they do that it's called selling away. It's illegal. We really wanted to differentiate that. We'll continue to look at new providers as they come out, like Goldman, and we'll add them if it makes sense for our advisors. We use Goldman already for lending and other services, so it's a natural extension for us to use them for the full custody.

WM: What do you think is interesting about what Goldman Sachs is building in terms of a custody platform?

JD: I think it's brand, number one. If you think about our model and you think about our advisors, what makes it so darn cool is here are independent practitioners that have a billion-dollar business. But they can stand behind them a Goldman Sachs brand, or Bank of New York Mellon brand, or Schwab brand or Fidelity brand. They can own their own business, have their own freedom and flexibility, but behind it stands these amazing brands. And at the top of that list is the Goldman brand. What more could you want as a business owner than to have access to a world-class brand and really smart people?

WM: Over the years, some large brokerage firms have gotten out of the international business, most recently Wells Fargo. What opportunities are you seeing there to capture that business?

We're incredibly thankful for that. We view Latin America in particular as one of the best expansion opportunities available. That's why we opened that Miami office. Our global side is growing faster than our domestic side did, and it's a very... I almost hate to talk about it because it's very underserved. And what I like about that market so much is there tend to be fewer clients but larger clients, so it's an easier market to serve.

But the choice that those advisors and end clients have is not near as robust as what they have domestically. We've found that by using what we've built domestically, combined with our partnership with Azimut, who's already got wealth business around the globe, it's a huge growth potential for us.

WM: What type of solutions did you build out on the international side?

JD: I'll give you an example. Today, if I was an international client and I was going to borrow against my portfolio in the United States, what a Sanctuary advisor would do is they would go out to four or five different providers. And they would say, "Here's what my client needs. Give me your best rate and give me your best package, if you will." Today on the international side it's like, "Here it is, take it or leave it." What we're doing is we're working with different partners to bring the same opportunities that they have on the domestic side, to the international side.

Nobody's ever done that because, candidly, they were attached to one custodian, so they had to offer whatever that custodian did.

WM: Can you quantify the growth on the global side of your business?

JD: We've only been in the market for about four months, and we've already got $10 million of revenue and about $2 billion in assets. And we've got a pipeline of double or triple that.