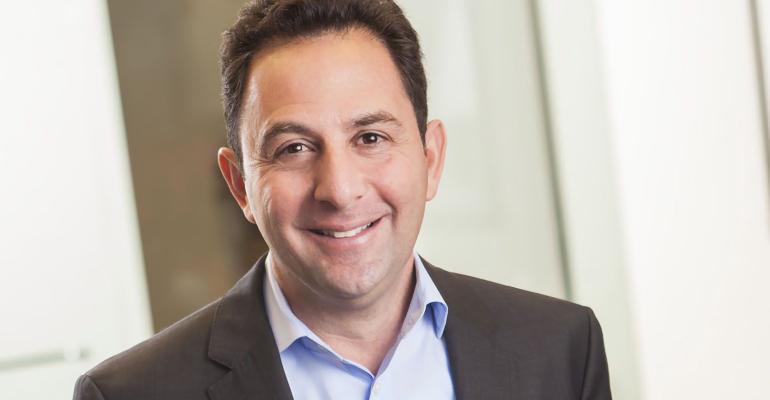 Creative Planning CEO Peter Mallouk opened up recently on his latest acquisition, where it fit, the firm's approach to M&A, and plans to re-up on his TV marketing strategy.

WealthManagement.com: What is notable about this pickup? How does it fit in with your strategy?

Peter Mallouk: The number one thing that would separate this deal from our others is, it's in our backyard—we’re headquartered in Kansas City. That really meant a lot to us. They could have called a lot of different firms, but they came to Creative, so it's a great way to increase our presence in our own backyard. Of the 11 deals we've done in the last 12 months, this is the first time we're able to say one of these happened in our own backyard. It just meant a lot to us, affirming Kansas City.

Related: Creative Planning's Peter Mallouk on PPP Loans, Social Justice and Going Back to the Office

And, like us, they're a planning firm, so they have a similar investment philosophy, very similar culture. It’s a needs-based approach to investing where we spend the time getting to know the client and then try to match the investments to the money they need and when they need it. They called me about a year ago and said they were considering coming over, pressed pause for a little bit and then reached out to me a few months ago, and it moved very quickly from there.

WM:  This is your first announcement in several months.

PM: We did a really small one in Wichita, Kansas, a couple months ago. But we’ve got five other acquisitions in the pipeline. We did our first acquisition a little over a year ago. Once we saw how smoothly it went, as people approach us, if it's a fit, we've always moved pretty quickly.

WM: Have there been any direct or indirect impacts from COVID-19 on your M&A operation?

PM: It has changed the competitive landscape a little bit. There are fewer firms that are at the table to acquire. There are more firms that are open to examining it. If you were older and you were thinking about exiting, you could have taken the position, ‘Well, I'll just wait another year and I’ll grow more. COVID-19 was a reminder that things can change, and you can wind up in a recession for years now, and maybe you're not committed to being in the game that long. That's not the case with Sunrise. We were talking before the coronavirus hit, and everyone's staying on board. But are we seeing more deals? We're seeing far, far more opportunities now than we ever have. There's no question about that.

WM: You got a capital infusion last fall from General Atlantic. How is that shaping up?

PM: We have not used a single dollar from that investment to make acquisitions.

General Atlantic is a growth equity player, which means they take a non-controlling stake and are a minority owner. What it allowed us to do was they gave us a bunch of money and they own now a percentage of the company. We just have that money sitting on the sideline. If there is a crisis that gets more severe than the coronavirus crisis or anything else, that money is there, but we haven't needed it. And we haven't used any of it to get us through this recent recession or to meet our payroll or to make acquisitions. It's still fully intact.

WM: What else would you like the world to know that nobody's really asked you about publicly?

PM: In the beginning we grew because we were in the estate planning business, and then everyone said we were growing because we were in this business. And then everyone said, all our growth came from the custodian business. And now people say all our growth comes from acquisitions. The reality is the majority of the firm's assets have come from clients.

But if you asked 100 people on the street in a major league city in the United States, ‘Who’s Creative Planning?’, somewhere between 99 and 100 of them would say, ‘I don't know,’ and we want to fix that problem. So we're looking for different avenues to grow so that we can take on the big brokerage houses directly.

WM: How far are you along with that strategy and what do you have left to accomplish?

PM: We manage about $50 billion today, and I think that to get where we need to be, we're going to have to be well over $100 billion to start to get some name recognition out there.

WM: You’re known for having a national TV campaign in the past few years. You've also explored other avenues for getting the word out. How effective has that been? And if not, was that why you shifted to acquisitions?

PM: We started the campaign and did our first acquisition both around the same time, and they actually both worked. What we found was the acquisition went better. We just focus more on that, but we are coming back to our campaign, and there'll be everything from digital to TV. We’ll just have a multipronged strategy, but one where we see a positive return on investment. Acquisitions have done incredibly well for us because we have a very large organic presence already. We're not a $5 billion firm adding $10 billion of acquisitions. We're a $50 billion firm adding a few billion dollars in acquisitions. It's very easy for us to realize synergies and keep our culture and approach intact.

From an advertising perspective, the money that we made was more than what we put in, but we're not going to allocate all of our money to that anymore. It's going to be divided between that and continuing to invest in technology, people and acquisitions.

WM: How do you structure your deals and has that changed since the pandemic?

PM: They’re pretty straightforward cash deals, and we acquire 100% of the firm. That has not changed.

WM: Have you done any sub-acquisitions on the part of your network of firms?

PM: We probably won't look at it quite like that because a lot of the firms that do that are turnkey asset management platforms, or like, say, Focus Financial Partners, with a whole bunch of differently branded firms. We're one firm with one investment philosophy and one planning process. So we might have a firm that we acquire and merge the offices together, but that's a bit different than these separate entities, all having other things rolled into them.

WM: Do you have an internal team that manages M&A, or do you outsource that?

PM: It’s just me. We don't have anybody in our firm that's looking for deals. We don't have any boots on the ground. We have nobody dedicated to M&A. I can't see a world where I delegate that. We obviously have a leadership structure in place for when they join, but in terms of vetting them, getting to know them and so on, that's just me directly talking with the owners of the firm.