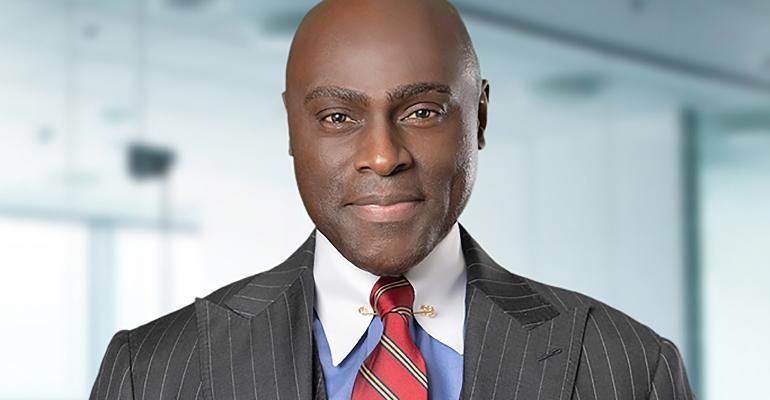 Stifel Financial is dusting off its independent contractor broker/dealer, Century Securities, which it has operated for 30 years, and brought in Alex David, former head of branch development and marketing at Wells Fargo Advisors Financial Network, as the new president and CEO of the business. It will be rebranded as Stifel Independent Advisors.

Aside from Century, Stifel has some history in the independent brokerage business. It acquired Sterne Agee in 2015, but then just a year after closing on that deal, it sold the firm’s independent b/d, clearing and RIA businesses to INTL FCStone, a commodities and forex broker.

But David has a mandate from Stifel Chairman and CEO Ron Kruszewski to grow the business and recruit advisors, which will be his top priority. Century currently has about 93 advisors. Stifel has about 2,200 advisors in its employee channel and about $357 billion in total client assets under administration, as of the end of the fourth quarter. David believes the firm has an advantage in going to market with two different models—one for employees and one for independent contractors, a go-to-market strategy honed at Wells Fargo.

David recently chatted with WealthManagement.com about his plans for the IBD:

WealthManagement.com: What is the motivation to rebrand Century and bring you in to lead this business?

Alex David: When Ron Kruszewski, our chairman and CEO, and I started talking, one of the things he said was, “Alex, we have the bones, if you will, of an independent. We have an independent, we've had it for 30 years. It's called Century Securities. And we've got rock stars who are in the home office, who support our advisors. And we've got really good advisors out there, but we really haven't paid a lot of attention to it. We’ve been doing all this other stuff with the private client group, although we've had this on the side, and we've just done nothing with it.”

The way he described it was, “We've got this Corvette, and it's in the garage and we just need to take it out and tune it up and kind of go from there.” Stifel has a very, very strong name in the marketplace among advisors, and we need to leverage that. And so we will be rebranding the business Stifel Independent Advisors.

WealthManagement.com: Why is the firm focusing on this business now?

AD: When we take a look at some of these larger teams that are moving across the industry, a number of them are not necessarily going back into an employee model, but they are going into the independent space. And we want to make sure that we're playing in that space. We're great as a super-regional, and now we'll be great as an independent; now we can capture both of those.

WealthManagement.com: What type of advisors are you targeting?

AD: Our target will be the wirehouse advisors. It's that high-quality advisor that has a desire to continue to deliver the same products and services that they're used to, but have just more flexibility and more local control. Now with that said, we also realize that there are some really good independent advisors that fit that same mold, and we'd love to have them as well.

WealthManagement.com: Will these advisors have the Stifel name on the door?

AD: Many of them already kind of privately brand or custom brand, so it'll probably have minimal impact for those advisors, beyond disclosures. But for those that currently brand Century, they will now have the opportunity to brand Stifel.

WealthManagement.com: What changes in services and support do you plan to bring to the unit?

AD: I don't think I'll need to do a major overhaul at all. The only thing I see myself adding is around the growth area. We have a number of independent practices that are seeking to grow their business, not only organically, client by client, but also by buying books of business, adding advisors to their mix. And so we really haven't had a proactive way to help them, to help to open new practices and help lead advisors into their practice. That's one thing I can see us developing more in terms of business development.

AD: I think the first front is to grow Stifel Independent Advisors, that means practice by practice, recruiting from the full-service firms and helping these advisors open their own practice; that's the number one priority. But what I've also found is many of the existing advisors who have their own practices, they actually have an interest in growing themselves. So it's that type of "coaching," helping them recruit into their practices, helping them buy practices, that kind of bifurcated model I can see us developing around business development. It's making sure we have the business development resources available to bring on new practices and then help advisors who choose not to open their own practice go into an existing practice.

WealthManagement.com: Have you considered launching an offering for fee-only registered investment advisors?

AD: At this point we're not going to offer a fee-only RIA or a hybrid RIA. We think that we have tremendous opportunity in the independent advisor space. I will say the way Ron looks at the entire industry he's always surveilling what's going on, and who knows what that looks like in the future.

WealthManagement.com: Do you have any recruiting goals for the independent business?

WealthManagement.com: When you're talking about the capital that you have available to you, are you thinking for possible acquisitions?

AD: Not for acquisitions of full b/ds, but when we have advisors coming on board, we’ll use capital for transition assistance.

What's interesting in this space, in the independent space, that's probably the one thing that's taken for granted. The ability to have access to capital to help some of these teams and some of these larger teams make the move over and make sure they're good to go and then truly compete, it's easier said than done. But the fact that we have Stifel backing us and the balance sheet of a well-capitalized firm, that does make it a little easier than most people realize.

WealthManagement.com: What do you bring to the table, in terms of your experience?

WealthManagement.com: Besides business development, is there anything that this unit will share with the employee channel?

AD: The whole model actually is built on leveraging what's already on the employee side. So we have a small team that sits with an IBD, but the products and services and back office and middle office already exists and we'll be leveraging that.

This has been edited for length and clarity.