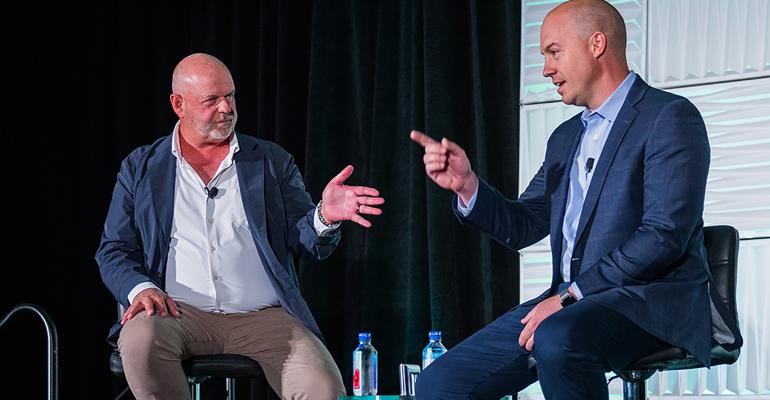 Private Advisor Group President Frank Smith will take over for Moore in January, in a planned succession for the 60-year-old CEO.

Private Advisor Group, the Morristown, N.J.–based registered investment advisor and office of supervisory jurisdiction affiliated with LPL Financial, has named President Frank Smith as its new CEO, in a planned transition from Robert “R.J.” Moore, 60, who has served as CEO since November 2020. The 42-year-old Smith will serve as both president and CEO, effective in mid-January 2023.

Moore’s first hire, Smith was brought on as head of advisor growth in January 2021, and promoted to president in April 2022 as the first step in the succession plan. Prior to joining, Smith was director of investment solutions at CUNA Mutual Group. Before that, he spent 13 years at LPL, in business development, enterprise relationship management and consulting for the RIA solutions division.

“At one time, Private Advisor Group actually was a client of mine, which established a great personal and professional relationship with John and Pat primarily,” Smith said. “So just the institutional knowledge that I bring of operating at a firm of that scale and now the experience that I have operating as one of the operators at Private Advisor Group.”

PAG co-founders John Hyland and Pat Sullivan brought on Moore two years ago to set the strategic direction, grow the firm and nurture new leadership. Moore said he was asked to “articulate a bridge to the future,” he said.

He will remain a shareholder in PAG and will serve as executive chair, alongside Sullivan. He’ll focus on capital management, finance and diversity, while Sullivan will focus on the advisor experience, which includes the firm’s Advisor Alignment and Equity Participation Program, a means to provide its advisors with a direct economic stake in the RIA. Hyland will remain a managing director at the firm.

“I had previously stepped out of the profession in March of 2019, but because of my personal relationship with John and Pat and my affinity for Private Advisor Group, the discussion throughout the summer of 2020 led us to that place of identifying me as the right catalyst for creating that bridge to the future,” Moore said.

Since then, Moore has grown the firm to over 750 advisors and $29 billion in assets. The firm’s staff has more than doubled in the last couple years.

Under Moore's leadership, the firm took on its first outside investor, with Merchant Investment Management taking a noncontrolling minority stake in the RIA in late 2021. Merchant’s investment helped the firm to launch its equity program. It’s an opt-in program where an advisor agrees to contribute a portion of their revenue, typically between 10% and 20%, in exchange for upfront cash and equity in the firm.