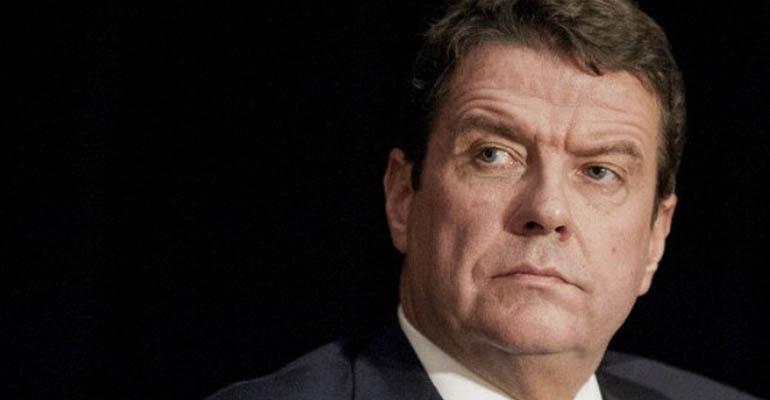 The firm, which has been making progress toward achieving financial targets, disclosed in January that Chief Executive Officer James Gorman, 58, received a 7.1 percent raise for 2016 to $22.5 million. In 2015, Morgan Stanley posted the worst performance among the six largest U.S. banks as it grappled with weak fixed-income trading.

In 2015, Kelleher’s $6.31 million annual fixed compensation, including salary and allowances, far outstripped his colleagues at the bank. After U.K. regulators put in place rules that limited performance-based awards to a multiple of fixed pay, some U.S. banks boosted remuneration for Europe-based executives to comply with the law while maintaining the same pay levels.

Kelleher, who now oversees two of the firm’s three biggest businesses, relocated to the U.S. in March 2016 and is no longer subject to those rules. His fixed compensation since the move has dropped as the bank increased his deferred cash award and gave him a bigger bonus.

Morgan Stanley increased Chief Financial Officer Jonathan Pruzan’s pay 5.6 percent to $9.5 million and former Chief Operating Officer Jim Rosenthal -- who retired at year-end and is now an adviser -- was awarded $10.5 million, or 4.5 percent less than for 2015. Daniel Simkowitz, was paid $10.5 million in his first full year as head of investment management.

Shareholders at the firm’s May 22 annual meeting in Purchase, New York, will consider a proposal submitted by the AFL-CIO that would halt payouts of unvested equity awards to senior executives who leave for government jobs. The labor group proposed similar resolutions the past two years, both of which were rejected.

Donald T. Nicolaisen, 72, former chief accountant for the Securities and Exchange Commission, is retiring from the board, according to the proxy filing.