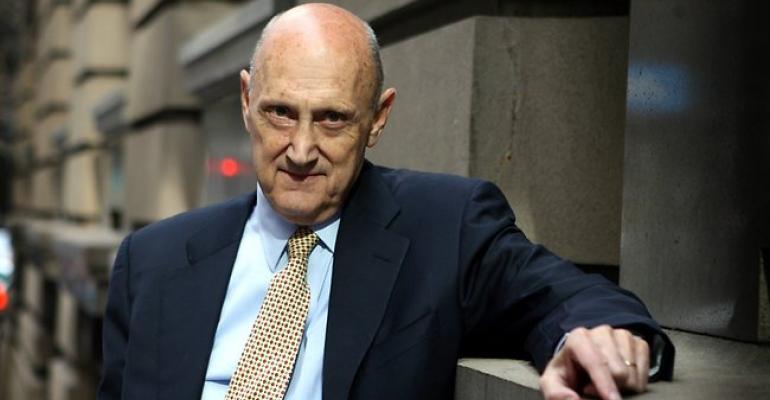 Burton Malkiel wrote the classic best-selling book A Random Walk Down Wall Street, arguing that investors cannot consistently beat the market averages. So it's little surprise that he is a fan of exchange traded funds (ETFs), which track market indices. He’s such a fan that he joined the investment committee of Toroso Investment’s ETF Industry Index—composed of publicly traded companies that “derive their revenue from participation in the ETF industry.” The index underlies the recently launched ETF Industry Exposure & Financial Services ETF, which has a 3.5 percent return so far this month, according to Morningstar. “As the indexing and ETF universe has grown and matured, capturing its growth in an index of its own is the next logical step and is a very exciting proposition,” Malkiel said. Mercer Advisors, based in Santa Barbara, California, announced its acquisition of Wealth Design Services (WDS), a registered investment advisor (RIA) based in Rochester, New York, with $160 million in assets under management (AUM), bringing the firm’s total AUM to $10.6 billion. This is Mercer’s seventh acquisition in 16 months, including Kanaly Trust in August, with $2.1 billion in AUM; Novos Planning Associates in February, with $100 million in AUM; and most recently Duckworth Wealth Advisors, with $160 million in AUM. WDS is the first acquisition since Mercer brought on Dave Welling, who recently stepped down from his position at SS&C Advent to serve as CEO of Mercer. He succeeded David Barton, who is focusing on the firm’s M&A efforts in a vice chairman role. WDS founder and president, Steven Schwartz, and his team will continue on with the company and aim to expand on Mercer’s reach in the Northeast. Mobile investing platform Stash raised $40 million in its latest round of funding, bringing its total raised to $78 million in less than two years. The digital investment advisor currently serves over 850,000 accounts, adding over half a million new investors in 2017. This recent round will help increase Stash’s investments in technology and data analytics, to improve service and success of its rapidly expanding user base. Stash Retire, which will offer Roth IRA accounts, is set to launch this summer for iOS and Android.