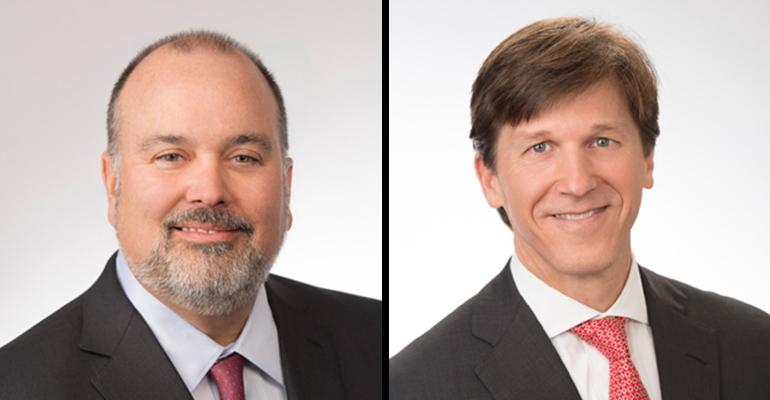 LPL has named President Dan Arnold to succeed Casady. The leadership change comes as the firm is reportedly looking to sell itself.

LPL Financial’s Chairman and CEO Mark Casady will retire from his role Jan. 3, after more than 14 years with the company and 34 years in the financial services industry. Dan Arnold, who was named president in March 2015, will take on Casady’s CEO responsibilities, the firm announced Monday morning. The news comes as the firm is reportedly looking to sell itself.

“I will be able to retire knowing the company is in good hands and with bright prospects for the future,” Casady said in a statement. “Dan and I have worked together for 10 years, and I know he is a passionate advocate for our employees, advisors and shareholders.”

Related: LPL Analysts: DOL Could Be Kink in Possible Deal

Casady, 56, will stay on as non-executive chairman of the board until March 3, 2017. The succession plan has been in place for some time, the firm said.

Since Casady joined the firm in 2002, the independent broker/dealer has grown substantially. He led the firm through its initial public offering in 2010, as well as its transition from primarily brokerage to fee-based business. As of the end of the third quarter, the firm had 14,185 advisors.

Casady has also steered the company through significant regulatory changes, including the Department of Labor's fiduciary rule, which takes effect in April. The b/d has already made several changes to comply with the rule, including standardizing commissions for variable annuities and alternatives. The firm will also introduce a mutual fund–only brokerage account.

Arnold, 51, took over as president last year, when Robert Moore announced he was leaving the firm to serve as CEO of Legal & General Investment Management America. In September, Cetera Financial announced Moore would serve as CEO of its b/d network.

Before taking over as president, Arnold was chief financial officer at LPL. He has also served as managing director, head of strategy for the firm, as well as divisional president of LPL’s Institution Services business after spending 12 years leading UVEST, a broker/dealer that was acquired by LPL in 2007.

In October, Reuters reported that LPL was exploring strategic alternatives, including a possible sale. But the IBD has not commented on the rumor.