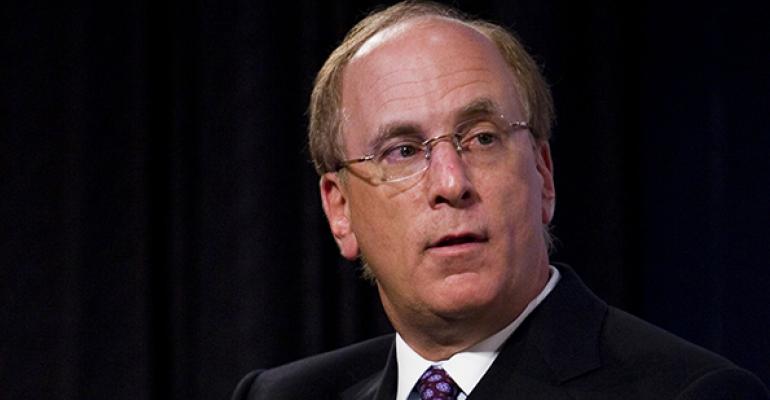 Larry Fink isn't optimistic about the markets, there really is a shortage of financial advisors and retirement-age women handle post-divorce money matters better than men.

Despite market euphoria, BlackRock CEO Larry Fink isn't feeling so optimistic these days. Among a number of concerns cited in a MarketWatch article, including his expectation for the 10-year treasury to drop below 2 percent, Fink thinks that markets have drifted ahead of themselves in anticipation of deregulation, which may get tied up in the political process, and the resulting uncertainty has instigated the beginnings of a slowdown. Fink stated at Yahoo Finance's All Markets Summit that he sees "a lot of dark shadows that could impact the direction of the marketplace."

Where Are the Financial Advisors? Business man with a question mark in place of head suggesting confusion.

There aren't enough financial advisors, according to a report on the toughest jobs to fill by CareerCast. Considering that the Bureau of Labor Statistics predicts 30 percent job growth by 2024 for the field, it's not looking like supply will be meeting demand. Why is this the case? Kyle Kensing, an editor at CareerCast, tells CNBC there are two, main contributing factors to the shortage: 1. Robos are adding advisors in anticipation of extreme market volatility, increasing the demand for CFPs. 2. There are no new advisors to replace the ones who are retiring. Being a financial advisor is "not necessarily a career that jumps out at you," said Kensing, adding that college students just aren't interested in the field. Retirement-age women are better at managing their finances following a divorce than men are, according to a new Personal Financial Planning (PFP) Trends Survey of CPA financial planners from the AICPA. The survey found that women are twice as likely to seek out a job and increase their retirement savings, four times more likely to improve their spending habits and 14 times more likely to actively seek out financial advice than men. “When couples get divorced later in life, there is often one partner in the relationship who handled all of the finances; in my experience, it’s usually the husband particularly in Boomer-age couples. In many instances, this leads to one person in the relationship not having an accurate picture of the family finances, including their retirement savings,” said Tracy Stewart, a member of the AICPA’s Personal Financial Planning Executive Committee. “It is essential that couples who get divorced later in life take a long view when dividing assets and making financial decisions.”