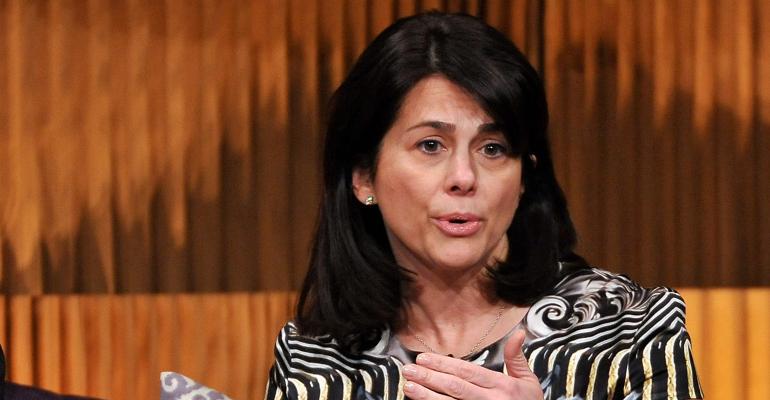 Coffey, who was recognized as one of American Banker’s most powerful women in 2018, will succeed Russell Goldsmith as CEO of City National, a Los Angeles-based unit of Royal Bank of Canada, on Feb. 1, according to a statement Wednesday. Goldsmith will stay on as chairman after running the lender for more than 20 years.

“After more than 25 years at JPMorgan, and a career spanning the United States, Latin America, the investment bank and asset and wealth management, Kelly Coffey has informed us of her decision to pursue a new opportunity outside of the firm,” JPMorgan told staff in a memo Tuesday.

City National, which has $49 billion in assets and is housed in RBC’s wealth-management division, is a private and commercial lender dubbed Hollywood’s “bank to the stars.” It also has $67 billion in client investment assets and has helped drive some of the Canadian lender’s growth in the U.S. since RBC acquired it in 2015.

Coffey spent five years as CEO of JPMorgan’s U.S. private banking unit, according to the memo. People who reported to her will now be overseen by wealth management co-CEO Barry Sommers.

JPMorgan had $576 billion of assets under management for private banking clients at the end of the third quarter, 14 percent more than a year earlier as financial firms vie to handle money for a growing pool of ultra-wealthy individuals. Private banking is part of JPMorgan’s asset and wealth management division, run by Mary Callahan Erdoes.

JPMorgan has an 8 percent share of the U.S. market for catering to ultra-high-net-worth individuals, who typically have more than $10 million, and can boost that by hiring bankers, adding branches and offering new products, CEO Jamie Dimon wrote in his annual letter. Sommers and co-head Brian Carlin credited Coffey with preparing the business for further growth.

“The work that she has been doing to expand our footprint to more than 20 new locations over the next five years will ensure that our success continues well beyond her departure,” JPMorgan’s executives wrote in the memo.