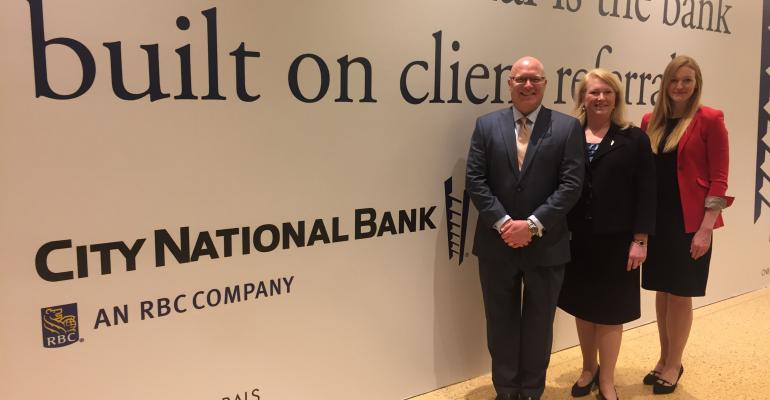 City National Bank, which was purchased by the Royal Bank of Canada (RBC) in early 2015 for roughly $5.4 billion, announced Tuesday morning that it will open its first full-service office in Minneapolis on May 8. But unlike other branches across the country, the new office at 60 South 6th Street in RBC Plaza will also be the first co-branded with Canada’s largest bank.

High net worth clients, especially entrepreneurs, often seek the retail, private and business banking services offered by City National, as well as the wealth management services offered by RBC. Having the brands in close proximity makes servicing clients that much easier.

Referring an entrepreneur working with City National to RBC Wealth Management, for example, is as simple as introducing them to someone in the same building.

“That’s the unique thing about City National and RBC, they have an alignment on the client segment level,” Alois Pirker, the research director of Aite Group's Wealth Management practice said.

Other brokerages owned by banks aren’t in that same situation. Pirker said one reason Bank of America and Merrill Lynch don’t have co-branded offices is because the range of customers serviced by the bank is much broader than that of its brokerage.

A Merrill spokesperson declined to comment on whether the bank and brokerage had considered co-branded offices.

Megan Nelson joined City National Bank in Minneapolis as a senior vice president and private banker in August and has been working with RBC since then. She said there will be about five bankers at the new branch when it opens. The headquarters of RBC Wealth Management U.S. are also located in the business plaza where the new office is opening next month.

“We have all the services a big bank can provide, but really have a more local, community based relationship with clients,” Nelson said.

The concept of the co-branded office has already proven successful. Sagissor said after a pilot program in southern California, City National opened co-branded branches in New York City and Washington, D.C., similar to the one underway in the Twin Cities. However, the Minneapolis/St. Paul location will be the first in that region and to be co-branded from its start.

RBC already has 10 offices and 177 financial advisors in the Minneapolis/St. Paul area.

RBC Wealth Management U.S. has a network of 1,800 advisors who oversee $289 billion in client assets. Through 17 offices and 16 regional centers, such as the new co-branded office in Minneapolis, City National has $45.1 billion in assets. Its investment affiliates manage or administer $55.5 billion in client investment assets, according to the bank.