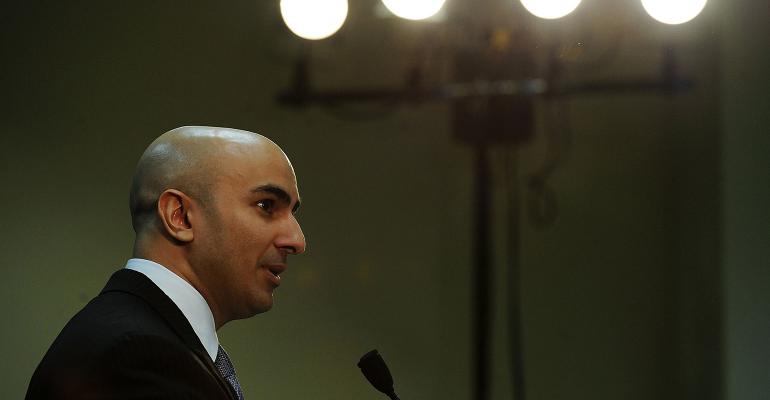 Jeffrey Gundlach Predicts Neel Kashkari Will Be Next Fed Chair

Gundlach correctly predicted Trump would win the presidential election. Could he be right again?

(Bloomberg) --Jeffrey Gundlach, the money manager who predicted the presidential election of Donald Trump when few saw it coming, has a new surprise call: Neel Kashkari will be the next chairman of the Federal Reserve.

Gundlach, speaking Tuesday at a Vanity Fair summit in Los Angeles, said Kashkari, president of the Federal Reserve Bank of Minneapolis, is a strong advocate of easy money. Kashkari wrote in an essay Monday that the Fed shouldn’t raise interest rates again until inflation hits 2 percent or there’s a large drop in unemployment. Kashkari hasn’t been floated as a potential candidate for the job.

“There’s no chance the president wants” Janet Yellen to continue as Fed chair, Gundlach said. Nor will Gary Cohn, director of the National Economic Council, get the nod, according to the fund manager. Gundlach, the head of DoubleLine Capital, cited Cohn’s recent role as president of Goldman Sachs Group Inc. as a reason.