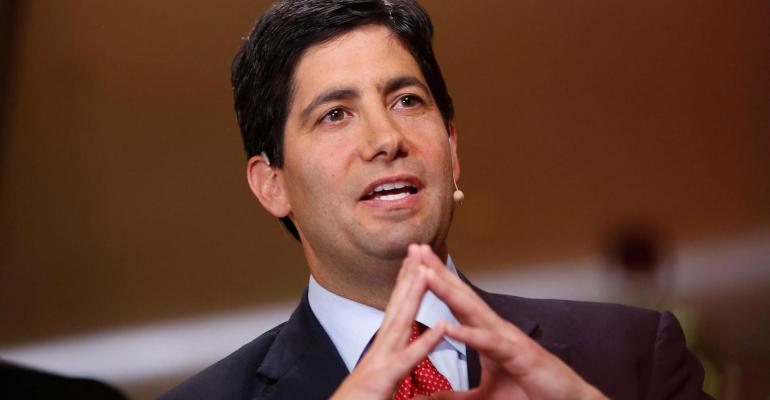 Here’s how Treasuries, the dollar and stocks will likely react to each of the candidates assuming the Fed chair role.

(Bloomberg) --Whether Donald Trump follows through on announcing a new Federal Reserve chair in the coming weeks or not, traders across financial markets have already tipped their hands.

Former Fed Governor Kevin Warsh? He’s seen as the most hawkish of the candidates, meaning more rate hikes and a flatter yield curve. Reappointing Janet Yellen would be a sigh of relief, since her dovish stance is well-known, so less volatility from stocks to currencies. Current Fed Governor Jerome Powell, who is jockeying for the lead in betting markets, falls somewhere in the middle.

Sure, the next Fed chair is just one person, who can’t unilaterally set the course of U.S. monetary policy and financial regulation. But, as seen on Sept. 29 when it was revealed that Trump and Treasury Secretary Steven Mnuchin had met with Warsh, the markets view the next leader as critical at a time when the central bank is attempting to tighten at a faster pace than the rest of the world and unwind its unprecedented stimulus measures.

And that difference, in turn, has implications for investors. Here’s how Treasuries, the dollar and stocks will likely react to each of the candidates assuming the Fed chair role.

“The reason the market will react the most to him is because he’s been the most vocal in his criticism,” said Priya Misra, head of global rate strategy at TD Securities, which views Warsh as the most likely pick. “It’s clear he’s in the hawkish camp, and that tells you the curve has room to bear flatten.”

The yield spread between three- and 30-year Treasuries fell six basis points on Sept. 29, the biggest decline of 2017, on reports of the Trump-Warsh meeting. The market reaction would be at least the same magnitude if he were officially nominated, said Ruslan Bikbov, U.S. rates strategist at Citigroup Inc. In addition to a flatter Treasury yield curve:

Powell has been a fast-riser in the betting markets after Politico reported he’s Munchin’s preferred candidate. At one point on Tuesday, he had the highest odds. Jaret Seiberg at Cowen & Co. said “he is now positioned as the GOP alternative to renaming Yellen.”

Yet for traders, the differences between him and Yellen are small.

The embodiment of the status quo, Yellen remaining in her current position would, at the very least, suppress volatility across markets.

“I don’t know if she’d be seen as dovish, since even Yellen herself is trying to look through low inflation readings right now, but she will be more known and better understood, so less volatile,” Briggs said.

Once seen as a front-runner, Cohn’s prospects have dimmed in part because of his criticism of Trump’s response to the events in Charlottesville. He also has no experience at the Fed.

“It’s not clear what his actual policy would be -- there’s a lot of mixed opinions about that,” said Aaron Kohli, U.S. rates strategist at BMO Capital Markets. “Certainly he’s spearheading the tax reform effort, so that suggests he’d be more on the dovish side.” As far as shaking things up, “he’s somewhere in-between.”

Investors have said nominating the former Goldman Sachs Group Inc. president would amount to roughly the same thing as reappointing Yellen as far as monetary policy. Cohn would be more likely to ease banking regulations.

An evergreen candidate, Taylor would bring his famous maxim with him to the position, which could roil markets. That’s because the Taylor Rule would have the fed funds rate at about 3.5 percent, rather than the current 1.16 percent effective rate.

“The concern is if one of the rules-based people come in, they’ll want to jack up the funds rate pretty quickly,” Briggs said. “A John Taylor Fed would be seen as the most aggressive, because his rule has rates up fairly high.”

Like with Warsh, that would mean higher short-term Treasury yields, a flatter curve and a stronger dollar.

Trump had been said to be considering others  for Fed chair, though the latest reports indicate a wild-card candidate is unlikely. He also has to fill other positions at the Fed, including the one vacated by Vice Chairman Stanley Fischer, who will leave the central bank this month.

Whoever the nominee, none will want to derail the economic recovery. And with inflation running below the Fed’s stated target, that likely means only a slight deviation from the slow and gradual that traders have grown accustomed to.

“It’s the Fed chair, it’s not a magician, they’re not going to quickly turn around the fundamentals of the U.S. economy,” Kohli said. “The reality is everyone talks a tough game until they’re in the seat. At that point, you have a very limited set of options.”