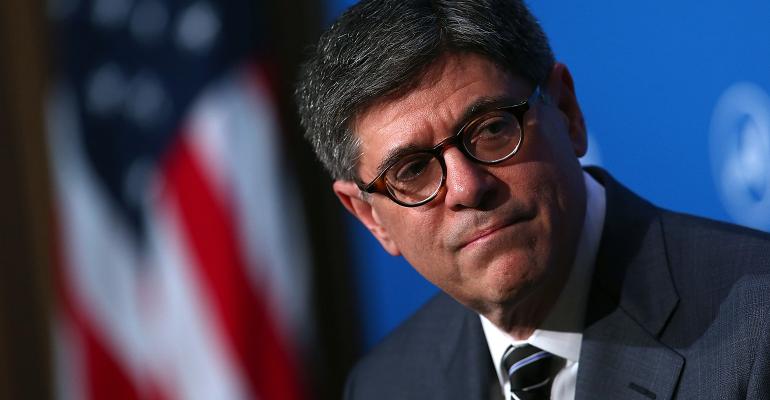 Jack Lew on the DOL Rule, Robos and the ‘08 Crisis

The former Treasury Secretary says it’s a good thing the DOL fiduciary rule is now in effect. Otherwise, “it just would’ve been another year or two of uncertainty to reopen it,” he said at Pershing’s Insite conference.

The Department of Labor’s fiduciary rule — nearly a decade in the making — took effect June 9. And for the industry, it’s a good thing it did, said Jack Lew, the former Treasury Secretary, speaking at Pershing’s annual INSITE conference in San Diego, Calif. “It just would’ve been another year or two of uncertainty to reopen it.”

Lew admitted he has not spoken to the new administration about the rule.

“I have to assume that one of the reasons they had the rule take effect is that they came to realize that having put the investment into implementing what were well-thought-through compromised rules, it would cause more havoc to create a big new round of uncertainty and new rounds of costs for compliance, which would’ve been a burden,” he said.

The fiduciary rule serves an important purpose, he said, and will actually benefit the industry as it settles in, which will mean growth for advisors’ businesses.

“It’s really going to create a sense of confidence in investors that they can rely on the people that they are relying on,” Lew said. “The more confident they are, the more business they’ll do, the more they’ll save. And it’s actually going to grow business over time.”

But it was also important to implement the rule in a way that didn’t have the unintended consequence of pricing small investors out of advisory services entirely. And the Obama administration was cognizant of not raising the bar too high.

Lew also eased another concern on advisors’ minds — the possibility that they’re going to be automated out of a job. Critical thinking, he argues, is a skill that people will need to have in future, one that technology cannot replace.

“In financial services, you can have a machine produce a list of all the things that a person could do, but that special sense of where you see the economy going, how you adapt to the geopolitical risks that are out there, what you think if you weren’t just looking at today, but looking over 10 years or 20 years,” Lew said. “I think that’s going to remain people.”

Lew also looked back on the lessons learned from the 2008 crisis. At the time, he was serving as an investment banker at Citigroup. He recalls a briefing with then-President Obama at the height of the crisis.

“As bad as he thought it was, we told him it was actually worse,” Lew said. “In all the times I’ve looked at economic statistics in my three decades in government, there was never a time that the numbers changed as quickly. Every day when you went over your notes, you had to erase your assumption of how deep the decline in GDP was and how much the size of the response had to be.”

It was both the U.S. political system as well as the resilience of the American people that pulled the country through.

“In 2013 when I went to my first international meetings, we were still getting the question, ‘How could the United States do this to the world economy?’” Lew recalled. “Over the next year to 18 months, as they saw that our recovery was better than the recovery in Europe and better than the recovery in other parts of the world, the question shifted and became, ‘What is the magic of the American economy that you can bounce back in a way others don’t?’”