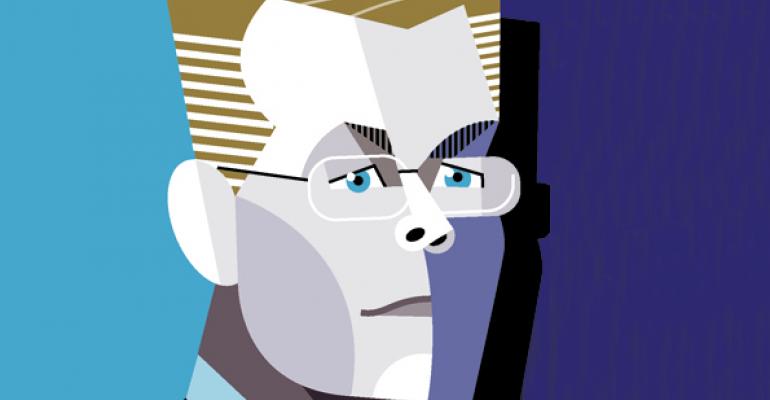 Michael Piwowar doesn't plan on sitting around doing nothing as the acting chairman of the SEC.

(Bloomberg) --Republican economist Michael Piwowar plans to use his role as interim leader of Wall Street’s top regulator to lay the groundwork for revamping financial industry rules, possibly including those governing the stock market and corporate disclosures.

A week after being named acting chairman of the Securities and Exchange Commission, Piwowar said in an interview he might direct SEC staff to review regulations he thinks are too restrictive, which could be the first step toward changing them. Piwowar, 48, an SEC commissioner since 2013, said he has no intention of simply being a placeholder and will ensure agency work moves forward.

“We’re not going to sit by and do nothing in the meantime,” Piwowar said in a Thursday interview. “We have an important mission we need to continue.”

Piwowar’s concerns come after President Donald Trump faulted federal agencies for issuing too many rules that he says are choking the economy. Trump issued an executive order on his first week in office calling for two regulations to be eliminated for every new one approved, an edict that doesn’t apply to independent agencies like the SEC. Trump also said he wants to do a “big number” on the 2010 Dodd-Frank financial overhaul law.

Piwowar said the White House hasn’t sought to influence his agenda as the agency’s acting leader. His leadership role would end once the Senate confirms Jay Clayton, the Wall Street lawyer nominated by Trump, as SEC chairman. No date has been set for his confirmation hearing.

Piwowar, who hung on his office wall a presidential directive making him acting chair, can remain on the commission until his term expires in 2018.

He said he may ask agency staff to review the 2005 framework for regulating the nation’s stock exchanges and rules stemming from Dodd-Frank requirements for what information public companies must disclose. He said he’s considering other areas as well, and asked staff for suggestions on rule changes.

The stock market measure, called Regulation NMS, was designed to ensure investors receive the best price on their trades. Though it invigorated competition, cutting into the market shares of the entrenched incumbents run by NYSE Group Inc. and Nasdaq Inc., it also created a complex web of trading venues critics view as overwrought and rife with conflicts of interest.

The rule helped bring about the dominance of high-frequency trading, in which large volumes of shares are bought and sold automatically at high speeds. Piwowar said in September the rule may be outdated because technology has changed dramatically since it took effect.

Dodd-Frank required companies to disclose information that Piwowar and other Republicans have said isn’t necessary for investment decisions. They say the value of the material may not be worth the costs to businesses to provide it.

So far, Piwowar said he’s only assigned the commission staff to review guidance on a Dodd-Frank-related requirement forcing companies to disclose the source of some minerals they use in products. The rule was designed to address human-rights concerns in the Democratic Republic of Congo. Critics say the requirements go beyond the SEC’s mission.

“We’re considering which ones to look at next,” Piwowar said in his office with a view of the U.S. Capitol.

Piwowar said he’s been in touch with Clayton, with whom he’s “been incredibly impressed.” He said he’s being careful not to “bind” Clayton with any action he takes as acting chair.

Changes to financial rules could ultimately be made in a variety of ways. Piwowar could direct staff to review regulations or guidelines and open them to public comment. The guidelines, which explain how to comply with rules, could then be changed without commissioners voting. Scrapping a rule or rewriting one would require a majority vote.

Democrat Kara Stein, currently the only other member of the five-seat commission, would have to agree to rule changes. Trump can nominate one Democrat and one Republican in addition to Clayton, to fill the vacancies.