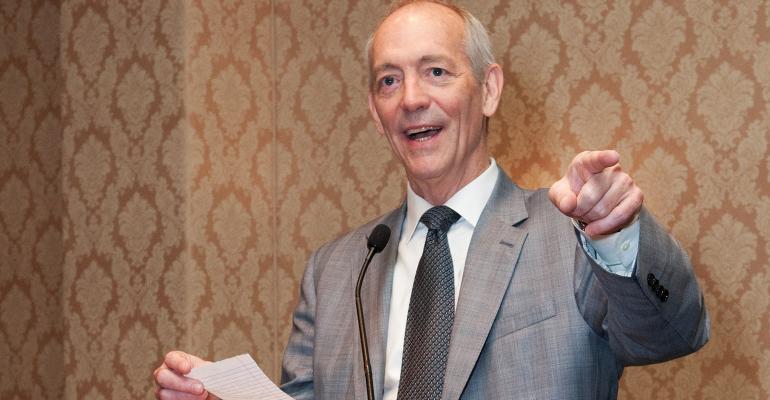 His death on Wednesday marked a great loss for the RIA industry; he arguably had the biggest impact on who regulates SEC-registered advisors.

David Tittsworth, whose long tenure at the Investment Adviser Association, an advocacy group for registered investment advisors, died this week after battling multiple myeloma, a type of blood cancer.

Immediately following news of his death, tributes poured in from many of those who worked with him and knew him well.

“I walked the Hill with him, meeting with regulators and legislators,” said Skip Schweiss, managing director of retirement plan services and advisor advocacy for TD Ameritrade Institutional. “David helped teach me the ropes when I first got into the policy advocacy arena; he was a real pro. More important than all that, he was a special human being. He was smart, educated, driven yet patient, witty and insightful, always respectful of others, and a real gentle, gracious soul. And I know he was a Kansas Jayhawk to the end.

“Perhaps my favorite memory of David was the night of his ‘retirement’ party from Investment Adviser Association—a black tie affair. And I had heard he was a piano player... but when I witnessed him in full formal attire take to the piano, and perform a song that he had written, that was self-deprecating and perhaps contained a few gentle pokes at some of his closest colleagues. ... Wow, I had no idea he was that artistically talented as well. A great memory.” 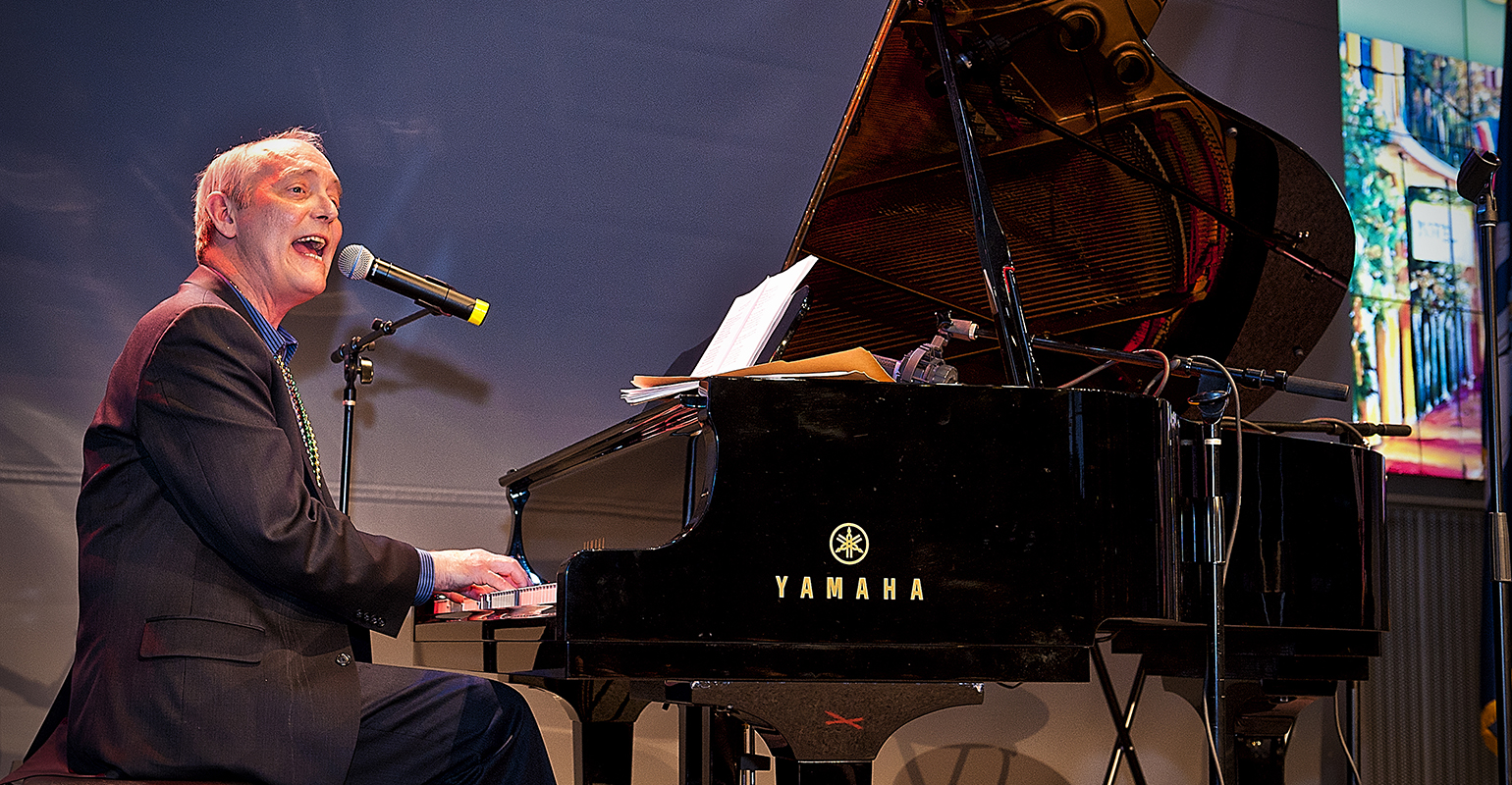 “I was lucky enough to get to know David over the years not only as a work colleague, but as a friend,” said Barbara Roper, director of investor protection at the Consumer Federation of America. “It may help that we had Kansas roots in common. There’s so much you can say about him as the consummate professional, so knowledgeable and so willing to share that knowledge. But what made him stand out for me was his humility, and humor, and generosity of spirit. He is just one of the most decent people I’ve ever known. I will miss him terribly.”

“The FinReg world—and the world as a whole—lost someone wonderful today,” SEC Commissioner Hester Peirce tweeted. “No matter how contentious the issue, David's calm, wise, kind approach made the conversation better.”

During his 18-year tenure at the IAA, Tittsworth had grown the organization from two employees and about 200 member firms managing $1 trillion to more than 550 RIA member firms with $11 trillion in assets. He stepped down in 2015 and then announced he was joining the investment management practice at law firm Ropes & Gray in the firm’s Washington, D.C., office.

Tittsworth, who was named one of this publication’s Ten to Watch in 2013, was arguably the person who had the biggest impact on who regulates SEC-registered advisors. In 2012, FINRA was vying to be the self-regulatory organization for RIAs, but the issue died in Congress, due in large part to his efforts.

Tittsworth has been working on the SRO issue for 22 years. In 1990, he was a partner at a small lobbying firm in Washington, and the IAA hired his firm to oppose legislation that had been introduced in Congress to authorize the creation of an SRO for investment advisors. The bill did not pass. Six years later, the IAA hired him to take over the office. But in early 2012, the highly controversial topic resurfaced, with a bill sponsored by Spencer Bachus (R-Ala.), then chairman of the House Financial Services Committee. During a hearing in June 2012, Tittsworth was one of just two witnesses opposing the bill and did a lot of talking.

The bill died in Congress, just before U.S. Rep. Jeb Hensarling (R-Texas) took over Bachus’ position as chair of the committee. 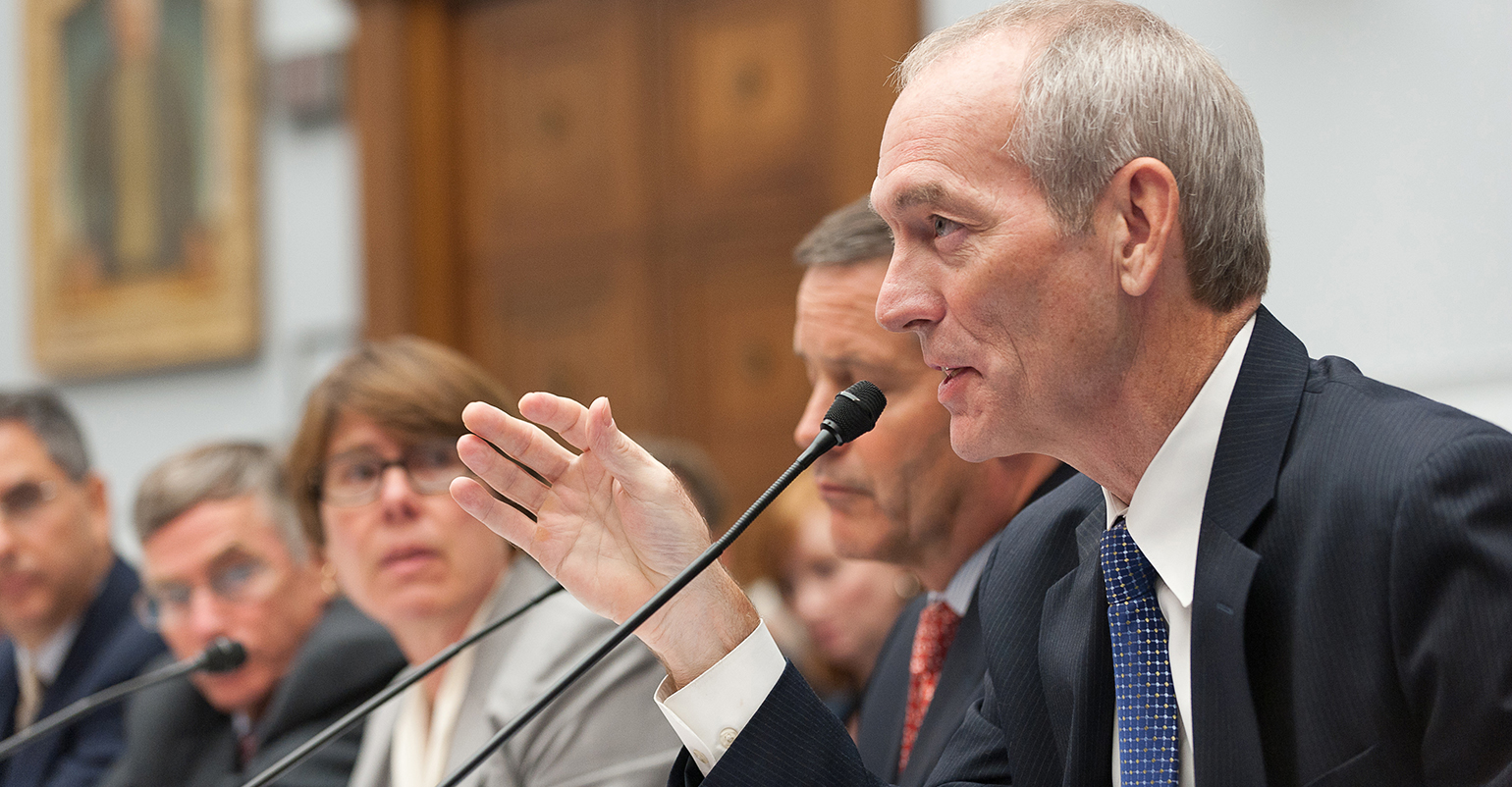 He often faced an uphill battle, advocating on behalf of the fragmented and sparsely funded RIA industry, with little lobbying power compared with the brokerage industry.

“David will be remembered as a passionate, dedicated, articulate, and effective advocate for the investment advisory community and for the importance of fiduciary advice,” said Karen Barr, current CEO and president of the IAA. “Because of his caring nature and close involvement with members, many of you knew David personally and collaborated with him on IAA projects. Over the nearly two decades I worked with him, David became not just my colleague and mentor, but a valued and cherished friend. Our organization–indeed, the entire investment advisory community–owes a great debt of gratitude to David.”

“David had a truly impressive career, and was known as one of the foremost experts on securities law and policy issues relating to the investment management industry,” said Bryan Chegwidden, Ropes & Gray partner and global asset management group head. “The firm, and our clients, truly valued his wise counsel and deep understanding of the asset management landscape, enriched by his quick wit and warm demeanor. His family and friends are in our thoughts.”

“He was a Washington veteran and had served on staff of a House committee. David was warm, funny, and a great colleague,” said Duane Thompson, senior policy analyst at Fi360. “We worked together on many issues of shared interest. I’m sad, but very grateful that I had the opportunity to work with someone like David who was totally dedicated to his organization and its members.”

Tittsworth, a native of Kansas, graduated from the University of Kansas and the University of Kansas School of Law. His legal career started as a research attorney for the Kansas Court of Appeals. He also held various positions in Kansas state government, including as chief counsel for the Department of Transportation. Prior to joining the IAA, he was general counsel and a partner with government relations firm Chambers, Conlon & Hartwell. He also served as associate staff on the House Budget Committee and as senior counsel to the House Subcommittee on Transportation, Trade and Hazardous Materials.