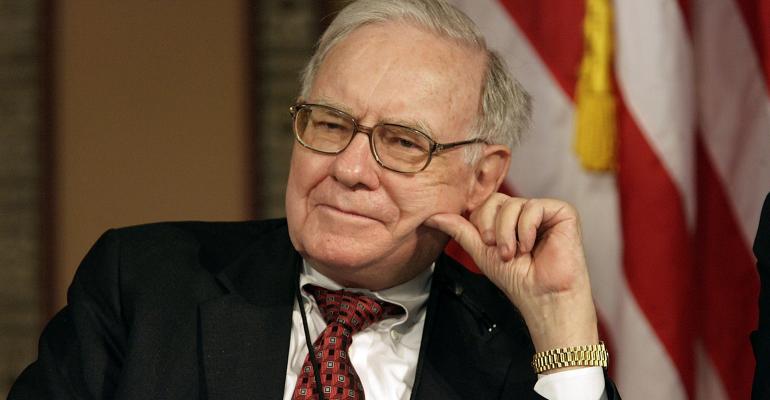 Hey Big Spenders, Warren Buffett May Have His Eye on You

(Bloomberg Gadfly) -- Warren Buffett induced chuckles earlier this year when the octogenarian said he wasn't convinced he'd be any likelier to reach the ripe old age of 100 by replacing his beloved Coca-Cola with water or his fudge fix with broccoli.

Coke and confections may or may not power the Oracle of Omaha to the century mark. But in the meantime, Buffett is already preparing Berkshire Hathway for the time when he is no longer at the helm, including choosing a successor. Could his recent dealmaking be smoothing the transition as well?

Most of Berkshire's biggest purchases lately have been companies that require significant amounts of reinvestment. By nature, that limits the amount of cash that Buffett's successors will need to invest in the long run, minimizing the opportunity for missteps.

Morningstar analyst Greggory Warren pointed out in a report earlier this month that the conglomerate would have significantly more excess cash if it hadn't acquired railroad Burlington Northern Santa Fe and formed Berkshire Hathaway Energy, each of which has invested an average $4 billion on their own equipment and property in the past five calendar years.

In 2015, that figure reached $5.9 billion for BNSF, more than double that of U.S. railroad peers like CSX and Norfolk Southern. The sum was described by Buffett as "money well spent."

Of course, cash isn't in short supply at Berkshire. Even after the capital outlays, it had a record $72.7 billion on hand as of June 30. And while Buffett has said Berkshire won't let its cash balance go below $20 billion, that still gives it quite a bit of firepower. It can't all be directed toward buybacks and dividends, so deals will continue to play a big part in Berkshire's future.

Buffett has long articulated the financial criteria he uses for takeovers, saying he prefers "simple" businesses that have "good" returns on equity and consistent earnings power. His recent acquisitions fit that bill, but their capital-intensive nature suggests he also may be putting a premium on targets' ability to put excess cash to work.

There's no doubt Buffett's successors will have much to prove when they're eventually forced to step up. But by steering acquisitions toward businesses that will help keep Berkshire's cash pile from ballooning by putting the money to good use, the 86 year-old may be giving them a helping hand.