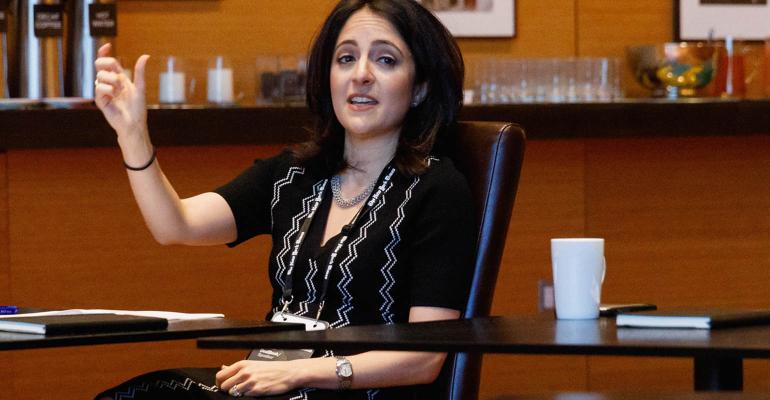 Goldman Shakes Up Units in Fresh Push to Win Over Investors

The firm is combining asset management and merchant banking as part of its push to raise more client funds for investing instead of betting its own money. The bank also created a new consumer and wealth-management division co-led by Stephanie Cohen, one of the firm’s most-senior female bankers.

Top executives at the firm have groused that investors don’t recognize Goldman’s advantages in business lines beyond just dealmaking and trading, its traditional strengths. Since David Solomon took over as chief executive officer in 2018, he’s sought to emphasize those businesses and organize them into more recognizable silos. The firm’s share price still lags behind Morgan Stanley over the two years Solomon’s been in charge.

In handing off a new business to Cohen, Goldman also helps address a glaring shortfall in its top ranks, where there wasn’t a single woman among the top dozen executives overseeing major decisions or running money-making units. The departure of trading co-head Isabelle Ealet in 2018 coincided with the end of Lloyd Blankfein’s tenure as CEO.

It also tackles a uniquely Goldman problem: The firm has been wary of having one person lead an entire division. The merchant bank was left in that situation with Salisbury’s ascent following the exit of the previous division heads, whose departure was announced in February. Merging the asset-management group with the merchant bank aligns with the new push for client funds and restores the practice of having at least two executives in charge.

Read more about Talwar’s time at the consumer unit