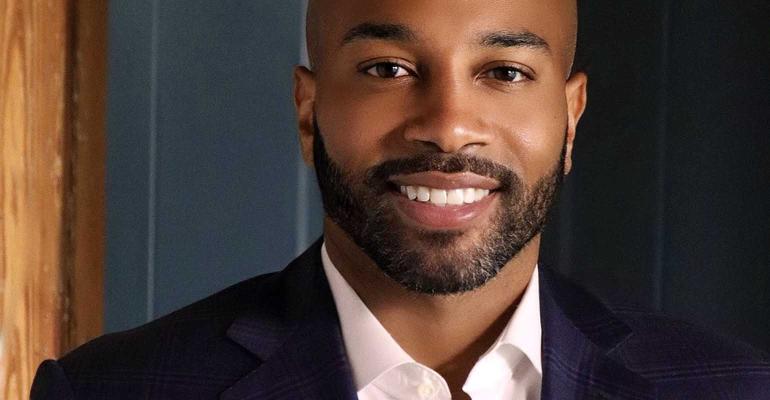 Devon Drew, founder of DFD Partners, has spent the last 16 years of his career as a wholesaler at various asset management firms, including Vanguard, American Century Investments, Alger and J.P. Morgan Chase. And in those 16 years, he referred some 30 to 40 job candidates and managers from traditionally underrepresented backgrounds—Black and Hispanic among them—to those organizations.

Even though those asset management firms have publicly said increasing diversity is a top corporate goal, the needle has not moved, Drew says.

“In 16 years, I’ve not gotten one person who looks like me hired in the industry. I really had to take a step back and say, ‘What is my impact?’”

That’s what inspired him to leave Vanguard in June to build DFD Partners, a data-driven distribution platform to help smaller, demographically underrepresented asset managers, who often have scant resources and head count, scale up the distribution of their strategies.

Just 1.4% of total U.S.-based assets under management are managed by diverse-owned firms, according to a Knight Foundation study. That same Knight study found that there was no statistically significant difference in performance between diverse- and non-diverse-owned funds across any asset class.

Drew says that only tells part of the story; consider, he says, that just 20 large asset managers control half of the flows coming into the industry.

“These 20 managers, do they have a monopoly on good ideas?” he says. “Is their product that much better, or do they just have really strong distribution forces combined with good talent? The commonality of what we're solving for is being able to have that and to utilize technology to bring that infrastructure in place to where these smaller and diverse managers that don't have the tools, resources, or head count to effectively scale can tap into my platform, utilize my infrastructure and my technology and use AI to unlock potentially a trillion dollars of AUM.”

Part of the problem is just getting a foot in the door in the first place, he says. These underrepresented asset managers often don’t know where to start when trying to reach the 730,000 investment advisor representatives working in the RIA market. It’s difficult for a small firm to scale up when it takes 1,000 meetings to acquire one client.

“If you’re a manager with just one business development person and the stats show that it takes seven to nine touchpoints to get buy-in, that means it would take one person two to two and a half years to get a ‘yes,’ to acquire a new client,” he says. “I don't have that kind of time.”

The DFD platform uses a data-centric approach to shorten that sales cycle, he says. First, it draws financial advisor data from publicly available information, such as Forms ADV and 13F, to see which managers they’re currently allocating to and what asset classes they have a propensity to buy.

The tool also pulls data in from social sources, including Twitter and LinkedIn, and will track advisors’ searches, clicks and engagements to determine whether they have a higher likelihood to allocate to a certain type of manager. 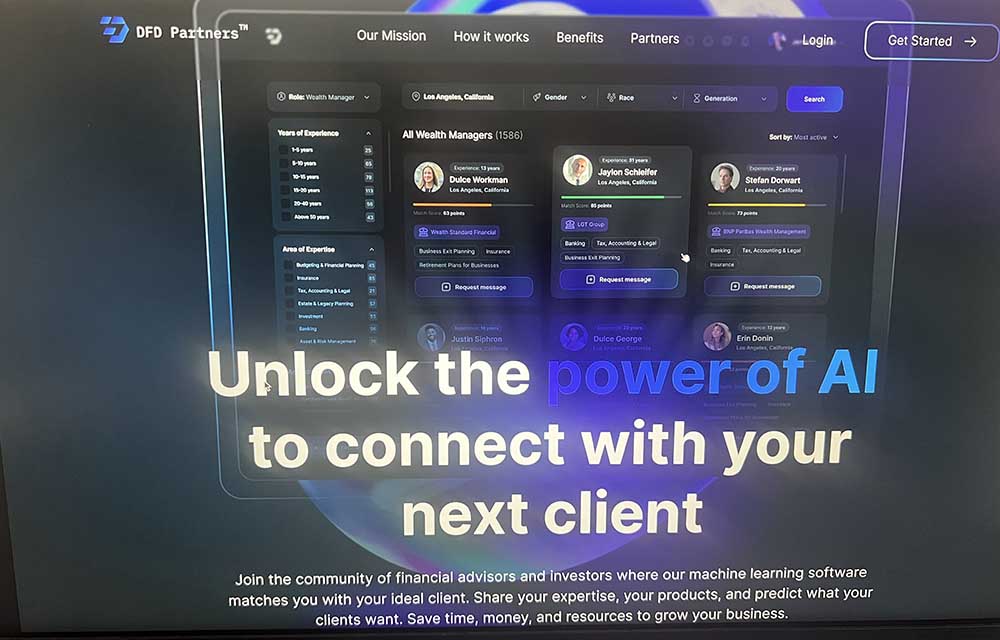 A screenshot of the DFD Partners platform.

“We're able to create that score and utilize the AI to match (those advisors) with an asset manager that has a product fit,” Drew says.

After just three months in business, DFD has 13 asset manager clients, which are the ones who pay for the platform, across $12 billion in AUM. It has RIAs with over $40 billion in assets using the platform; it’s free for RIAs to use.

With further work to be done, Drew thinks the industry can reach $1 trillion in diverse manager AUM by 2030—whether that’s through his platform or not.

There have been some efforts among the advisor community to allocate more to diverse asset managers. For instance, the Due Diligence 2.0 Commitment, signed by 48 asset allocators and advisors who vowed to rethink the way they vetted asset managers to make it possible to choose more fund managers owned by Black, indigenous and people of color and women.

But Drew says the flows show that those efforts haven't gained much traction yet.

“Even though there has been talk, there has been some commitment, there hasn't been a lot of action,” he says. “It takes a consistent distribution effort to continue to get the story out there, but more importantly, not to be known as a diverse manager, but a good money manager.”