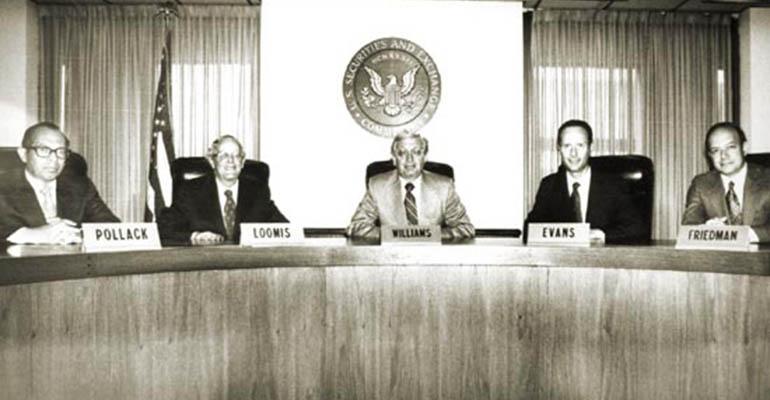 Harold Williams, who served as chairman of the Securities and Exchange Commission from 1977 to 1981, has died. In a statement published on the SEC's website August 7, Chairman Jay Clayton and commissioners Kara Stein and Michael Piwowar offered condolences to his family and praised Williams as a person and for his contributions to the agency. The note said that as chariman, Williams "focused a spotlight on corporate accountability, made it easier for companies to participate in our markets, and laid the foundation of modern mutual fund regulation that encouraged innovation." Brighthouse Financial has concluded its separation from MetLife. The new, independent company debuted on the Nasdaq exchange on Monday under the symbol BHF with President and CEO Eric Steigerwalt (along with other executives) ringing the opening bell at the Nasdaq MarketSite in Times Square. The firm currently boasts about $219 billion in total assets and more than 2.7 million annuity contracts and life insurance policies. In a statement, Brighthouse explained their excitement and outlook: “As a financially strong, independent company, we believe Brighthouse Financial is well positioned to deliver simpler, more transparent annuity and life insurance solutions that are valuable to our distribution partners, the clients they serve, and our shareholders.”

Client Age Can Help Dictate Conversations About the Market No matter the circumstance or how long the bull-market run lasted before it, many clients will call their advisor when the market takes a downturn. But that conversation should be different depending on the client, according to a free e-book by FactSet and Scorpio Partnership titled "10 Ways to Build Resiliency in Wealth Management." A survey showed HNWIs under 35 are most concerned about exposure to certain sectors, geographies and currencies so advisors should make sure to walk them though those concerns. Meanwhile, HNWIs over 55 were most concerned about the investment climate in their home market, changing inflation and changing interest rates.