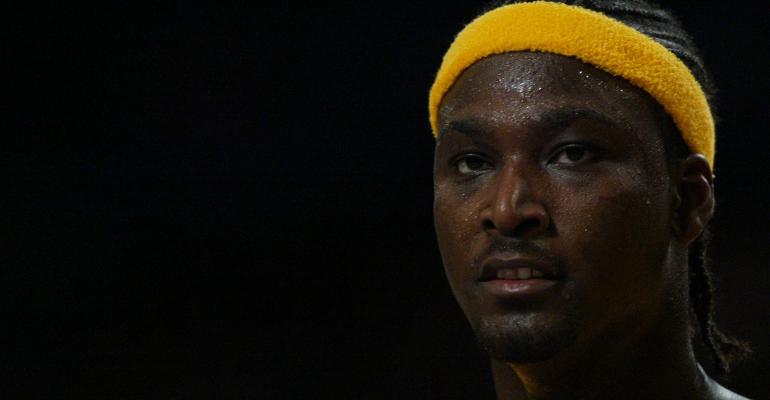 Former NBA star Kwame Brown has filed a lawsuit against Merrill Lynch, Bank of America and his former financial advisor, claiming they stole $17.4 million. Brown, who was chosen as the No. 1 pick in the NBA draft out of high school in 2001, claims he was a client of the banking institutions from 2004 until 2017, when they handled all of his financial matters, but were only supposed to invest or trade with his consent, according to The Blast. Court records claim that the advisor overseeing his account, Michelle Marquez, opened several accounts under his name without his knowledge and without giving him access. His lawyers claim she began funneling money into those accounts without Brown’s knowledge and invested Brown’s money into various projects and stock trades without his permission. He’s seeking the return of $17.4 million plus damages. During Brown’s 2001 to 2013 basketball career, he made just under $64 million. Merrill Lynch had no immediate comment.

Switzerland remains the world’s largest wealth management center for international assets, according to the latest Deloitte Wealth Management Centre ranking. Switzerland managed $1.84 trillion in international assets at the end of 2017, followed by Britain ($1.79 trillion) and the United States ($1.48 trillion). Those three countries collectively manage about 60 percent of the total international market volume, with Asian financial centers of Hong Kong and Singapore emerging as increasingly important wealth centers. “Switzerland is still the go-to place for first-rate client experience, which is why we can be confident about the future of the Swiss wealth management hub,” said Daniel Kobler, who leads Deloitte’s Private Banking & Wealth Management Industry in Switzerland. “Swiss banks have done their homework well in the last couple of years, and even got their relatively high costs under control, increasing their cost-to-income ratios and profitability.” The Money Management Institute, a trade association that represents financial services firms, has expanded its Continuous Learning Center—launched last summer—with new curriculum from the CAIA Association, Investments & Wealth Institute, and the CFA Institute. The center now includes CAIA’s Fundamentals of Alternative Investments certificate program, a self-paced, 20-hour course on alternatives. The Investments & Wealth Institute has also made its Essentials of Investment Consulting program available to the center, which includes its Investment Consulting Process and Math for Investment Consultants courses. MMI members will also have access to CFA Institute’s Investment Foundations Program, an online certificate program that covers the basics of finance, ethics and investment roles.