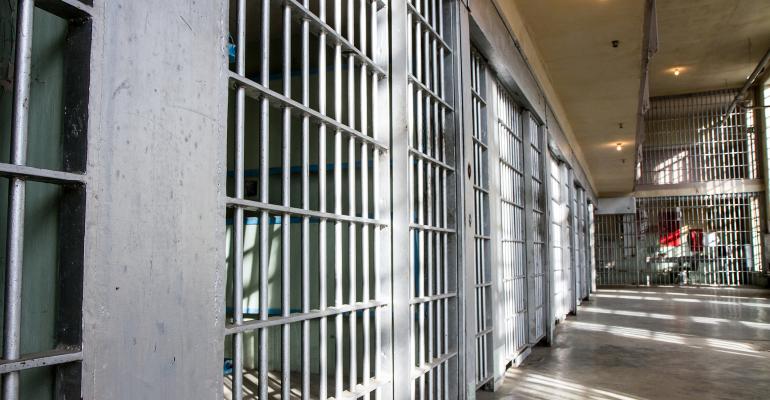 A former Morgan Stanley wealth advisor was sentenced to five years in federal prison after stealing more than $6 million from a number of clients, the Department of Justice announced Thursday.

Michael Barry Carter was also ordered to pay a money judgment equaling the net proceeds of his scheme, which the DOJ believed exceeded $4.3 million. Carter originally pleaded guilty to charges of wire fraud and investment advisor fraud in July of last year, with the SEC also charging him for the scheme around the same time.

“This case reflects the reality that large-scale fraud can still occur at a global institution with a robust compliance program, and it also reflects our commitment to holding bad actors accountable in order to provide restitution to victims and restore confidence in our system,” he said.

The DOJ did not name the firm where Carter was an advisor, but according to his BrokerCheck profile Carter worked at Morgan Stanley from 2006 to 2011, and after a brief period with Ameriprise he rejoined the company later that same year. During this time, Carter mainly worked out of Morgan Stanley’s Tysons Corner, Va., location and became a financial advisor in the wealth management division in 2012.

Carter targeted five victims for his scheme, making unauthorized transactions from investors’ accounts and into his own personal accounts, according to the DOJ. To do so, Carter would submit an internal authorization form within Morgan Stanley saying the investors had given Carter instructions to make the transfers. After receiving the funds, Carter would use them for his own expenses, including paying his mortgage and membership fees at a country club.

Carter’s scheme proceeded unabated until a victim's daughter tried to get a bridge loan from Morgan Stanley to cover the cost of relocating the client to an assisted living facility in Florida until the victim’s Maryland home had been sold. After they applied, the mother and daughter learned there was already an $800,000 loan taken out in the mother’s name.

Morgan Stanley conducted an internal investigation and found that the proceeds of the loan had gone to Carter’s personal account and later found that Carter had transferred about $5 million in unauthorized transactions from various clients. Morgan Stanley fired Carter on July 29, 2019.

Several weeks later on a call with Morgan Stanley employees, Carter admitted that he’d forged clients’ signatures on transfer authorization forms and had created (and in some cases mailed) falsified financial statements. At one point, he’d visited the previously mentioned unnamed victim at her house and answered her phone to complete a transaction without her knowledge.

“The advisor’s employment was terminated as soon as his activity came to our attention in July 2019, and we immediately reported the matter to the appropriate law enforcement and cooperated with their investigation," a Morgan Stanley spokesperson said. "There were a limited number of clients impacted and any money misappropriated by the advisor was returned.”

According to the DOJ, Carter made at least 53 unauthorized transfers over the course of his scheme, and also embezzled at least $50,000 from a Loudoun County, Va.–based nonprofit sports organization. Before the scheme had been uncovered, Carter had returned nearly $1.8 million to victims, $1.1 million of which was transferred from other clients' accounts, according to the DOJ.

Following the completion of his prison sentence, Carter will have three years of supervised release.