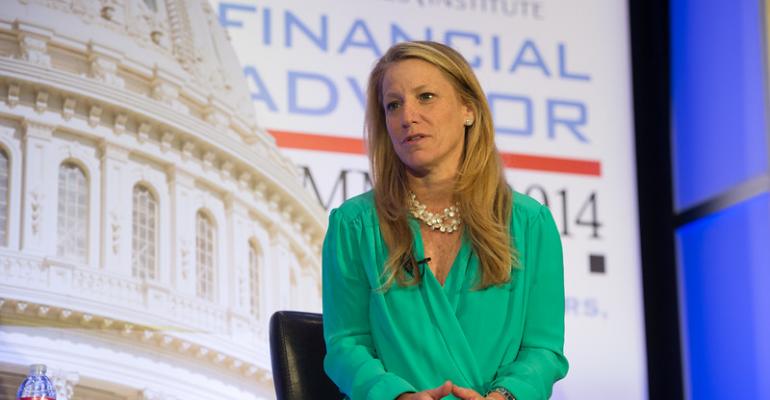 Axelrod stepped down from her position as executive vice president of regulatory operations at The Financial Industry Regulatory Authority in October 2017 after 28 years with the regulator. In an announcement last fall, FINRA said she left to pursue opportunities in the private sector.

At Merrill, Axelrod will report directly to the head of the wealth management business, Andy Sieg. She’s replacing Michelle Carter, who moved to a newly created position as head of business planning, governance and controls at U.S. Trust.

Axelrod’s new responsibilities at the brokerage will include improving the risk accountability at Merrill Lynch throughout all levels of leadership, a person familiar with the hiring said. The brokerage’s division supervision executives and central supervision principals will report to Axelrod.

In a memo to employees, Sieg said she would be an “essential partner helping us drive responsible growth and improve how we operate.”

Axelrod began her career as a staff attorney at NYS Regulation, FINRA’s predecessor, in 1989. In 2013, she was named the executive vice president of regulatory operations. At the time, she led a nationwide team of more than 1,400 employees in 14 offices responsible for executing several of FINRA’s core regulatory programs.