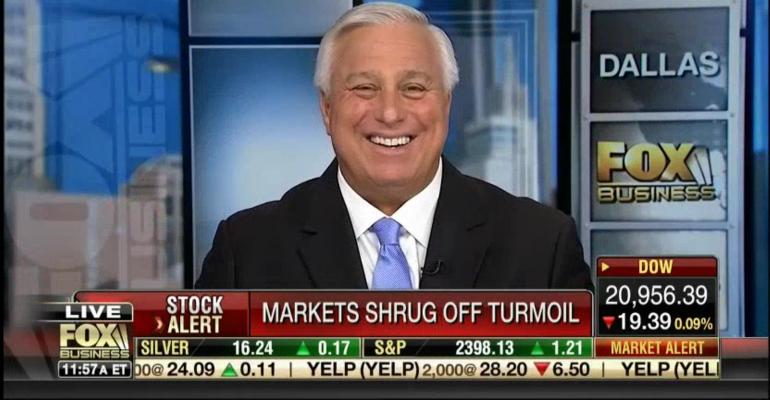 Ed Butowsky, mired in the latest Washington scandal, has a day job as the managing partner of Chapwood Investments, economists think the "destabilizing" effect of the Glass-Steagall repeal is exaggerated, and a New Jersey advisor pleads guilty to running a Ponzi scheme.

A financial advisor is caught up in a national controversy involving the July 2016 murder of a Democratic National Committee staffer. A lawsuit filed Tuesday claims that Ed Butowsky, a Trump supporter and Fox News commentator, worked with the network to fabricate a May story about the investigation into the death of Seth Rich, according to NPR. The story suggested that Rich was murdered for releasing DNC emails to WikiLeaks. (Fox News retracted the story a week later.) The lawsuit was filed by Rod Wheeler, a private investigator, who claims that his quotes in the original Fox News story were fabricated and that Butowsky was particularly involved in weaving the story. The Trump administration reviewed a draft of the story, allegedly. Butowsky, managing partner at Chapwood Investments in Dallas, currently hangs his license with Waterford Capital. He was previously with Bear Stearns. His outside business activities include My Shadow Network, a referral system for professional athletes looking for advice; and the Citizens’ Commission on Benghazi, a nonprofit aimed at determining the truth about the attack on a U.S. diplomatic compound in Benghazi in 2012. (Chapwood's ADV says it has $237 million in client assets.) There’s a long backstory to the scandal, which you can read on NPR.

Were Banks 'Boring' Before Glass-Steagall Repeal? According to some, the repeal of the Glass-Steagall act owns partial blame for the financial crisis. But a post in the Federal Reserve Bank of New York's Liberty Street Economics blog looked at banking activity before and after the repeal, and casts doubt on the theory. In fact, the number of unique financial activities (such as securities trading or underwriting) at bank holding companies (BHCs) was creeping up before Glass-Steagall was repealed by the Gramm-Leach-Bliley Act in 1999. So keeping the law in place might not have prevented the financial crisis, and financial stability would not be enhanced if we could somehow restore it, according to the authors. "The bank holding companies began expanding into those financial activities in the early 1980s, and this expansion was, in fact, nearly complete by 1999." Broker Mark Moskowitz, 48, of Short Hills, New Jersey, pleaded guilty on Tuesday to charges of wire fraud, and admitted to swindling investors out of $675,000. Moskowitz founded Edge Trading LLC in 2012 and “misled investors, hid losses from them and redirected their money for his personal expense.” He could face up to 10 years in prison and a $250,000 fine. The New Jersey Bureau of Securities also independently fined Moskowitz and Edge for $1 million in “civil penalties for selling unregistered fraudulent securities and misusing investors' funds.”